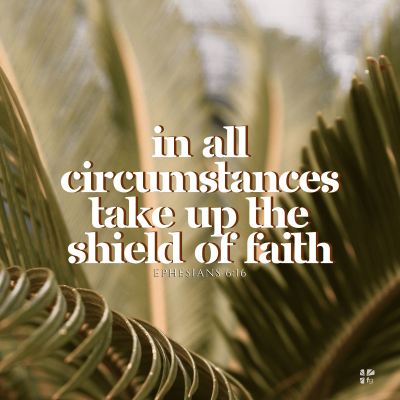 I know the plans I have for you, declares the Lord, plans for welfare and not for evil, to give you a future and a hope. Then you will call upon Me and come and pray to Me, and I will hear you. You will seek me and find Me, when you seek Me with all your heart. — Jeremiah 29:11-13

One of the few things I miss from my baseball career is suiting up in my uniform and taking the field with my teammates. Something about wearing the team logo and colors never got old. The uniforms were made of the highest quality materials and designed for flexibility. The fabrics were water resistant and breathed to help keep you cool on hot summer days. And in those chilly games in early spring and late fall, the uniforms had a lining to trap the warmth. The baseball helmets fit your head like a glove and provided a sense of security against those hundred-mile-per-hour darts coming at you from sixty-and-a- half feet away. Wearing a uniform with my last name across my back made me feel like I belonged. I had made it to the top of my profession. Along with my teammates, there was no opposing baseball stadium that we didn’t think we could conquer.

But I put on a different uniform now. It’s called the full armor of God. This uniform is required to defend against and defeat the daily stealth attacks from the Enemy. Sadly, too many Christians think this uniform is optional. But choosing not to put on God’s armor is conceding defeat and cheating yourself out of personally experiencing the promises of God’s powerful presence.

It would be like dismissing Major League Baseball’s published findings in 2020 that the 2017 World Series champion Houston Astros cheated in the Fall Classic against the Los Angeles Dodgers. The nine-page commissioner’s report1 explains at great length how the Astros stole catchers’ signs throughout the 2017 season by picking them up on a video feed and then letting the batters know what types of pitches were coming. The investigation’s findings were also confirmed by former Astros pitcher Mike Fiers, who admitted as much to the Athletic, a sports journalism website.2 The commissioner’s report notes further that former Dodgers player Alex Cora, who was then an Astros coach, coordinated the cheating scheme when he “arranged for a video-room technician to install a monitor displaying the center-field camera feed immediately outside of the Astros dugout.”3

With this equipment in place, Astros players could readily view the opposing catcher’s signs in real-time, decipher them, then transfer the information to batters by banging a trash can with a bat to signal specifically whether the pitcher was about to offer up a fastball, curveball, slider, cutter, or any other variety. Knowing what we know now about the Astros’ illegal scheme, even the most jaded skeptics and Dodger-haters are left to wonder if the technology-driven heist of the Dodger’s pitching signs robbed the city of Los Angeles of its first World Series championship since 1988.

Personally, I think it’s a foregone conclusion that Astros batters knew what type of pitches were coming their way. They weren’t clairvoyant. They didn’t accidentally or miraculously decode the signals. Coaches, players, and team staff conspired to devise a scheme to give their batters a competitive advantage on Major League Baseball’s biggest stage when the stakes were highest. And so the World Series was like batting practice as Houston hitters piled up eighteen runs on twenty-six hits and six home runs in two series-changing victories over Dodger pitchers Yu Darvish, Clayton Kershaw, and Brandon Morrow, who had all previously dominated their postseason opponents.

You and I also have an enemy trying to steal victory from us. The Bible is clear about the Enemy’s strategy to divide and conquer the body of Christ through deceitful schemes. He espouses counterfeit truths grounded in faulty premises. He disguises utter foolishness as wisdom. He distracts with the lure of entertainment, lust, ambition, and greed. He promotes vanity as if it were a virtue. He employs false teachers and fake Christians — wolves in sheep’s clothing — to pervert the gospel and mislead masses of people about the true meaning of love and godliness. He uses religion to replace the only thing that can truly heal a person’s heart — a relationship with Jesus. He elevates all forms of spirituality to try to appease the need every person has to know God. In 1 Peter 5:8-9 (NKJV) we find a stark warning that would be foolish to take lightly:

Be sober, be vigilant; because your adversary the devil walks about like a roaring lion, seeking whom he may devour. Resist him, steadfast in the faith, knowing that the same sufferings are experienced by your brotherhood in the world.

Some Bible translations refer to “self-control” and being “watchful” — “always on the lookout” — for the enemy’s schemes and attacks. If you have ever read National Geographic or watched the Animal Planet channel, you’ve probably learned that a lion stalks stealthily toward its prey only to pounce when the victim is least aware and most vulnerable. The king of the jungle doesn’t make a grand announcement of his intentions to subdue his prey by biting and breaking their neck before ripping them apart limb by limb. No, a lion cleverly and quietly conceals himself in the tall grass or behind a rock, tree, or cluster of vegetation before pouncing on its unassuming victim. It’s not until the damage has been done, the prey conquered, that the lion roars in elation over his conquest.

We are warned in Scripture about this lionlike adversary. To heed this warning, we must first acknowledge that there is an enemy who is intent on destroying both our lives and our witness for Christ. After recognizing the reality of spiritual warfare in our lives, we are called to actively resist the Enemy. Surely you’ve heard the old adage that if you fail to plan, you plan to fail. That couldn’t be truer.

You can plan on this: our Enemy is cunningly planning to trick, cheat, deceive, defraud, double-cross, and bamboozle us.

God’s Word instructs us to remain steadfast in the faith. Steadfast means dutiful, resolute, firm, and unwavering. How do we do that? With the full armor of God, as the apostle Paul describes in Ephesians 6: 13-18:

Therefore take up the whole armor of God, that you may be able to withstand in the evil day, and having done all, to stand firm. Stand therefore, having fastened on the belt of truth, and having put on the breastplate of righteousness, and, as shoes for your feet, having put on the readiness given by the gospel of peace. In all circumstances take up the shield of faith, with which you can extinguish all the flaming darts of the evil one; and take the helmet of salvation, and the sword of the Spirit, which is the word of God, praying at all times in the Spirit, with all prayer and supplication. To that end, keep alert with all perseverance, making supplication for all the saints.

Our enemy is cunningly planning to trick, cheat, deceive, defraud, double-cross, and bamboozle us.

Are you armed for battle? Are you prepared and aware? Cautious? Watching and waiting with the Lord leading? Come share with us! ~ Devotionals Daily