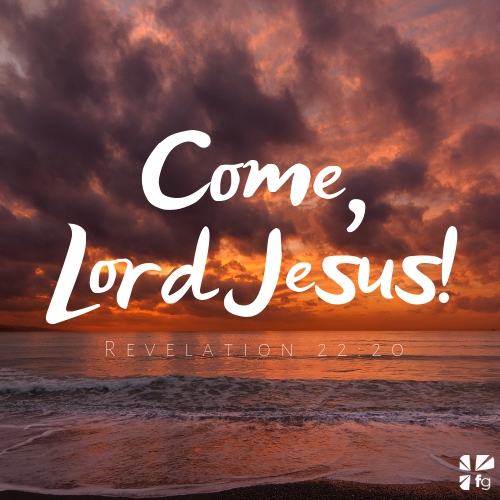 In a room decorated for an Albanian funeral, our missionary to Albania, Ian Loring, delivered a powerful Good Friday sermon on the sacrificial death of Jesus Christ. Afterward, he invited everyone to come back on Sunday to observe the “third day ritual.” In Albanian culture, friends return three days after a funeral to sit with the family, drink bitter coffee, and remember the one who has died. More than three hundred people filled the room that Easter Sunday. Ian preached about the “not quite empty tomb,” observing that Christ’s empty grave clothes still bore His shape, but the napkin, which had been wrapped around His head, was placed away from the other grave clothes, folded. To Ian’s congregation, that minor detail held great meaning and promise. In Albania, when a person finishes a meal and prepares to leave the table, he crumples up his napkin to indicate that he is finished. But if he leaves his napkin folded, it is a sign that he plans to come back.

The application was obvious to the Albanians:

Jesus is coming back!

The second coming of Christ is a central theme of much of the Bible, and it is one of the best-attested promises in all of Scripture. Christians can rest in the sure conviction that just as Jesus came to earth the first time, so He will return at the conclusion of the Great Tribulation.

The Anticipation of Christ

The second coming is second only to faith as the most dominant subject in the New Testament.

The Prophets Foretold the Second Coming of Christ

While many of the Old Testament prophets wrote concerning the second coming of Christ, it is Zechariah who has given us the clearest and most concise prediction of it:

Then the Lord will go forth And fight against those nations, As He fights in the day of battle. And in that day His feet will stand on the Mount of Olives, Which faces Jerusalem on the east. And the Mount of Olives shall be split in two, From east to west, Making a very large valley; Half of the mountain shall move toward the north And half of it toward the south. — Zechariah 14:3-4

Notice how Zechariah deals in specifics, even pinpointing the geographic location to which Christ will return: “In that day His feet will stand on the Mount of Olives” (Zechariah 14:4). Like Armageddon, the Mount of Olives is an explicitly identifiable place that retains its ancient name even today. Recently I visited a Jewish cemetery that has been on this site since biblical times. The prophet’s specificity gives us confidence that his prophecy is true and accurate.

Jesus Himself Announced His Second Coming

Jesus, speaking from the Mount of Olives, affirmed His second coming to His disciples in dramatic and cataclysmic terms:

For as the lightning comes from the east and flashes to the west, so also will the coming of the Son of Man be… Immediately after the tribulation of those days the sun will be darkened, and the moon will not give its light; the stars will fall from Heaven, and the powers of the heavens will be shaken. Then the sign of the Son of Man will appear in Heaven, and then all the tribes of the earth will mourn, and they will see the Son of Man coming on the clouds of Heaven with power and great glory. — Matthew 24:27, Matthew 24:29-30

The Angels Announced That Jesus Would Return

Immediately following Christ’s ascension into Heaven, two angels appeared to the stunned disciples and spoke words of comfort to them. “Men of Galilee,” they said,

why do you stand gazing up into Heaven? This same Jesus, who was taken up from you into Heaven, will so come in like manner as you saw Him go into Heaven. — Acts 1:11

The next verse tells us,

They returned to Jerusalem from the mount called Olivet. — Acts 1:12

The prophecies of Christ’s return are like bookends to John’s Revelation. In the first chapter he wrote:

Behold, He is coming with clouds, and every eye will see Him, even they who pierced Him. And all the tribes of the earth will mourn because of Him. — Revelation 1:7

And in the last pages of the last chapter — indeed, almost the last words of the New Testament — our Lord emphatically affirms His second coming:

He who testifies to these things says, ‘Surely I am coming quickly.’ Amen. Even so, come, Lord Jesus! — Revelation 22:20

Obviously we have excellent reason to anticipate the return of Christ. The Bible affirms it throughout as a certainty, describing it in specific terms and with ample corroboration.

The Advent of Christ

Twice in the book of Revelation we are told that the door to Heaven will be opened. It is first opened to receive the Church into Heaven at the time of the Rapture:

After these things I looked, and behold, a door standing open in Heaven. And the first voice which I heard was like a trumpet speaking with me, saying, ‘Come up here, and I will show you things which must take place after this’. — Revelation 4:1

The door swings open a second time for Christ and His Church to proceed from Heaven on their militant march back to earth (19:11, 14). The first opening is for the Rapture of the saints; the second is for the return of Christ!

When Jesus arrives on earth the second time, His landing will dramatically herald the purpose of His coming. The moment His feet touch the Mount of Olives, the mountain will split apart, creating a broad passageway from Jerusalem to Jericho. As you can imagine, this will be an unprecedented geological cataclysm.

Let’s look briefly at the Bible’s description of the glory and majesty Christ will display at His second coming.

In Revelation 19, the descending Lord is given three meaningful titles.

Now I saw Heaven opened, and behold, a white horse. And He who sat on him was called Faithful and True, and in righteousness He judges and makes war… He had a name written that no one knew except Himself… and His name is called The Word of God… And He has on His robe and on His thigh a name written: King of Kings and Lord of Lords. — Revelation 19:11-13, Revelation 19:16

I like the way one scholar summarizes these verses: “In these three names we have set forth first, our Lord’s dignity as the Eternal Son; second, His incarnation — the Word became Flesh; and last, His second advent to reign as King of Kings and Lord of Lords.”1

Jesus is coming back! It’s hard for us to wrap our minds around that reality, but it’s true! His napkin is folded because He’s not finished yet… He’ll be back for more! And for you and me as believers. Isn’t that exciting! Come share your thoughts with us on our blog. We want to hear from you about the return of the King! ~ Devotionals Daily 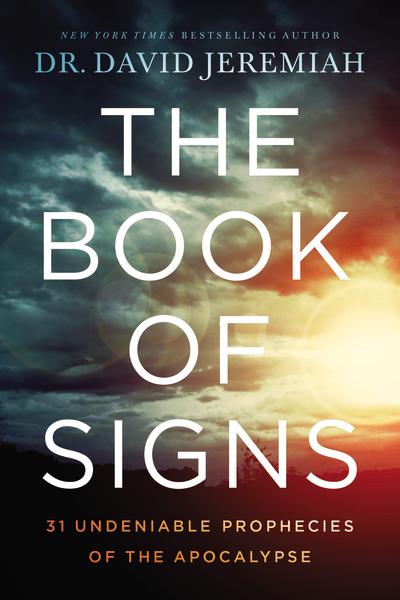