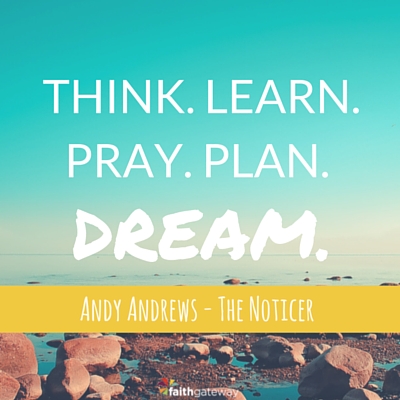 His name was Jones.

I was twenty-three when I saw him for the first time. I had been crying. My cries were the anguished wail that a guy will let loose only when he is sure there is no one around to hear him. And I was sure. Wrong, obviously, but sure.

My mother had succumbed to cancer several years earlier. Shortly thereafter by my father managed to chase my mother into the afterlife by way of an otherwise survivable automobile accident. One questionable decision followed another during the confused aftermath and within a couple of years, I found myself on the Gulf Coast, without a home, a vehicle, or the financial means to obtain either.

I did odd jobs — mostly cleaning fish on the piers or selling bait to the tourists — and showered at the beach or swam myself clean in a pool at one of the hotels. If it was cold, there was always a garage left open in one of the many empty vacation homes that dotted the beach. People who owned a vacation home, I soon learned, often had an extra refrigerator or freezer hooked up in their garages. Not only were these excellent sources of old lunch meat and drinks, but they also worked almost as well as a heater if I lay close to the warm air that blew from the fan at the bottom.

Most nights, though, I much preferred my “home” underneath the Gulf State Park Pier. I didn’t think anyone knew I slept there — which is why I was so surprised when I looked up and saw Jones.

Yeah, I thought. Me.

“Hey, Andy, can I have one of the Cokes you have stashed back in there?” I stared back at him. “You can call me Jones, by the way.”

“How did you know my name? And how do you know whether or not I have any Cokes under here?”

He shrugged. “I been watching you for a long time. And the Cokes are bound to be a product of your late-night forays into the garages of the local rich and famous. So… can I have one?”

I watched him for a moment, considering his answer, then I handed one to the old man.

Seeing that I refused even the slightest smile, he sighed and said, “Lord, Lord. You are a tough one.” Taking a long pull from the red can, “let’s get started.”

“Get started… at what?” I asked flatly.

Jones set his drink can down and said, “We need to start noticing a few things. We need to check your heart. We need to gather a little perspective.”

“I don’t even know what you are talking about,” I said. “And I don’t know who you are.”

“I notice things that other people overlook. I notice things about situations and people that produce perspective. That’s what most folks lack — perspective. So I give them that broader view… and it allows them to regroup, take a breath, and begin their lives again.”

For several minutes we sat there quietly, peering out at the warm waters of the Gulf of Mexico. Carefully, Jones asked, “Well, why do you think you are here?”

“Because I chose to be. My own bad decisions. My attitude.” I stared hard at him. “See? I know all the right answers. So I don’t need to hear it from you. It’s all my fault, okay? Is that what you want me to say?”

“No,” the old man said calmly. “I was just curious if you had any perspective of your own.”

“Well, no, I don’t,” I said. “I grew up hearing that old adage about God putting a person where He wants him to be. And He puts me under a pier?” I cursed.

Jones said soothingly. “I hear you. And I understand why you feel that way. But, what would you think if I told you that, yes, your bad choices and decisions have had a part in your ending up under this pier, but beyond that, under this pier is exactly where you should be in order for a future to occur that you can’t even imagine at this point?”

“You will,” Jones replied. “Trust me. One day you will.” Then, suddenly smiling, he said, “Why does everyone think that when people say that ‘God will put a person where He wants him to be’… that it means God will put them on a mountaintop or in a big house or at the front of the line?

“Mountaintops are rocky and cold. There is no growth. Sure, the view is great, but a view just gives us a glimpse of our next destination — our next target. But to hit that target, we must go through the valley, and begin to climb the next slope. It is in the valley that we slog through the lush grass and rich soil, learning and becoming what enables us to summit life’s next peak.

“So, my contention is that you are right where you are supposed to be.” The old man scooped up a double handful of the white sand and let it pour from his fingers. “It may look like barren sand to you, son, but nothing could be further from the truth. I say to you that, as you lay your head down tonight, you are sleeping on fertile ground.”

“Think. Learn. Pray. Plan. Dream. For soon… you will become.”

Before he left that night, Jones opened his suitcase and removed three small, orange hardcover books. The titles were all names. Winston Churchill. Will Rogers. George Washington Carver. I glanced back up at him. “History books?”

“No,” he said, with a twinkle in his eye, “adventure stories! Success, failure, romance, intrigue, tragedy, and triumph! By reading about the lives of great people, you can unlock the secrets to what made them great.”

I read Winston Churchill until dawn. It was comforting somehow to discover a life that had endured more tragedy and rejection than my own. And it didn’t escape me that by the end of his life, Churchill had met with more than an equal measure of success.

I wished I had been nicer to the old man. I felt embarrassed, a bit ashamed of myself, but not nearly so devoid of hope as I had been the evening before. I washed boats at the marina and thought constantly about what I had read. I also kept an eye out for Jones. Gene, the marina manager, said he knew Jones well. “In fact, Jones was old when I was a boy. And I’m fifty-two.”

It wasn’t until several days later that I saw my friend again. I was throwing a cast net in the lagoon. “Doing any good?” he asked.

“Hey, Jones!” I exclaimed. “Where’ve you been? I already read the books!”

He chortled at my enthusiasm. “I’ve been around — even seen you a couple of times. I’m glad you finished the books. I stopped by the pier and got them. And I left three more. I’m getting them from the library. But I’m picking them out special for you.” Jones then held up a plastic bag. “You hungry? I have a feast.”

The “feast” turned out to be Vienna sausages and sardines. I was hungry, but I wasn’t exactly thrilled with the fare, and Jones knew it. We had settled under an oak tree on a high dune, the beach in front of us and the deep-blue lagoon at our backs. “So, what are you eating?” Jones asked, peering at me with a smile.

The old man teased, with a sly look, “Somehow I doubt it…”

I raised my eyebrows and said, “Well… I am eating sardines and Vienna sausages.”

Jones smiled. “I thought so.” Nodding then, he said again, “Well, the books will help, but I believe I can help as well.”

“Jones,” I said, shaking my head, “what are you talking about?”

“Your vision, my boy. It is incredibly cloudy at the moment, but I am certain we can clear a pathway from your head to your heart and into your future.”

Jones put his hand on my shoulder and said, “You lack perspective. Young man, you see only the sand at your feet and what you are eating that you wish was something else. Most of us never stop to think that there are quite literally millions in this world who lack our blessings and opportunities.

“The situation in which you find yourself is fraught with difficulty, yes. It is also piled high with benefits. A grateful perspective brings happiness and abundance into a person’s life.”

For several minutes, we both sat silently, watching the gulls soar overhead, listening to the surf break on the beach.

“Incidentally,” he said with a smirk, “you ate sardines and Vienna sausages in the sand. I dined on surf and turf with an ocean view.” He slapped me on the back. “It’s all about perspective.”

Later that day, I crawled back into my home under the pier. Laid neatly on my tackle box were three more orange books. Joan of Arc. Abraham Lincoln. Viktor Frankl. I picked up the Frankl book first, an Austrian psychiatrist who survived the Nazi death camps during World War II. His wife, father, and mother were all murdered.

It’s all about perspective… I could hear Jones’s voice rattling around in my head.

Suddenly I noticed that there was a piece of paper folded into the book. As I removed it, I could see that it was a napkin. On it, Jones had written:

Young man, Read this one first. I am proud of you. — Jones

Tears filled my eyes as I carefully placed the letter back into the book. It had been a long time since anyone had been proud of me.

It wasn’t long before I noticed that Jones had gone.

The next several years were a blur. I have thought of Jones every single day now for almost twenty-five years. On the day I was married, I had hoped he would be there. I wanted him to sit in the first row — where my father would have been. When each of my boys was born, I walked outside the hospital alone, in the half-light of an early morning, hoping to find Jones waiting, smiling, ready with advice and comfort about my future as a father. There have been so many times I’ve wished for just an hour alone with that old man.

Excerpted with permission from The Noticer by Andy Andrews, copyright Thomas Nelson.

Have you had a “Jones” in your life? Someone who changed your perspective and even the trajectory of your life? Have you been a “Jones” for someone else? We would love to hear from you! Please join the conversation on our blog! ~ Devotionals Daily

Some have entertained angels without knowing it. — Hebrews 3:2 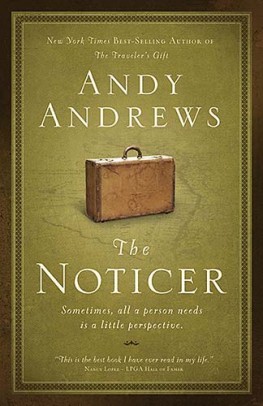 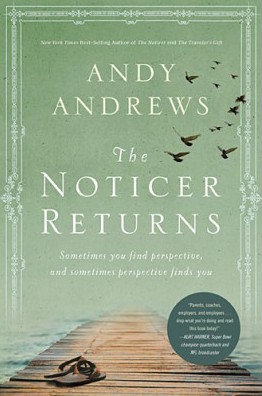 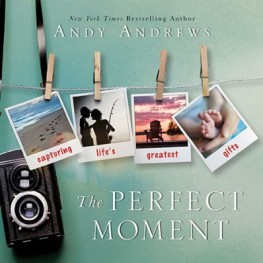