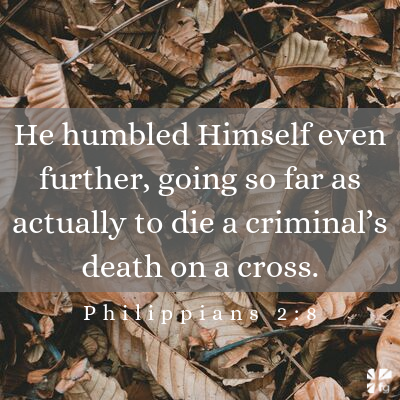 You’ve got roles you were born into. You’ve got your position in your family of birth. You’ve got the role your parents put on you, your role in the family dynamics — the dutiful daughter, the rebel, the comedian of the family, whatever that is for you. You’ve got the roles you’ve sought for yourself. Working girl, stay-at-home mom, volunteer, girlfriend, lover, friend. You’ve got the role you’re known for in your community — the gal who’s always positive or the one who can get the best stuff for the silent auction, or maybe you’re the go-getter who’s willing to volunteer for anything.

But as much as I have thought of any role as something permanent, something fixed by which I can define and understand myself, most roles have this little feature built into them: They change. They get repurposed. Sometimes we embrace the change or the different definition. Sometimes we don’t.

Maybe you never pictured yourself in the role of single mom. Or stay-at-home mom. Or working mom. (Can we talk about that for a minute? All moms are working. Can I get an Amen?) Or single. Or single again. Or wife of an addict. And when that change in role comes, that place you never saw yourself in, what then? How do we understand ourselves in the wake of our roles not looking the way we thought they would? How do we square them up into the angles we thought made up the measure of us?

It’s fascinating to read about the many people in God’s Word who found themselves in roles they had never pictured themselves in. I’m pretty sure Noah, living landlocked in the middle of a continent, never saw himself as a master shipbuilder. Then there was Gideon, who was doing his best to live as a pacifist, and found himself at the front of a military unit, getting ready to take on Israel’s most oppressive enemy. And what about Mary? Talk about a role reversal, from a virginal good girl to the gossipy topic of every kaffeeklatsch in the county, what with that whole teen pregnancy issue and all. And while we’re on the topic of Mary, let’s talk about her kid, Jesus. He was with God, He was God, standing outside of time and then boom! — squalling baby, potty-training toddler, synagogue-trolling twelve-year-old, oldest brother, perpetual single guy, controversial ex-carpenter, vilified social change advocate. And finally, receiver of capital punishment.

Yeah. Jesus gets the whole repurposing of roles thing, I’m going to guess.

Paul reminded the early Christians at Philippi that being humble is the most important component of any role we are given. He reminded them that Jesus was willing to lay aside the glories He had in His identity as God and allow His role to become that of a slave.

The citizens of Philippi were generally wealthy. They lived in a small but important region. And the people Paul encountered there allowed their faith in Jesus to repurpose their roles in the community. Paul wrote in his letter to their church:

Your attitude should be the kind that was shown us by Jesus Christ, who, though He was God, did not demand and cling to His rights as God, but laid aside His mighty power and glory, taking the disguise of a slave and becoming like men. And He humbled Himself even further, going so far as actually to die a criminal’s death on a cross. — Philippians 2:5-8 TLB

Lydia was a wealthy business woman who lived in Philippi. She had made a nice little business for herself selling purple fabric, which was a major fashion statement at the time, like our designer labels of today. People who could afford to wear purple clothing were seen as well-off, and they made Lydia well-off as her purple cloth became more and more in demand. She met Paul and Silas and was drawn to Paul’s message about Jesus. Ultimately, she and all her household were baptized. Her home became a place of refuge for Paul and Silas after they were miraculously released from prison, and her home also became the place where the new church met in the area. A lot of historians think she helped financially support much of the mission work of Paul and Silas as a result of her belief in Jesus.

I have to think that she was inspired by Jesus’ willingness to let God shape His role. Let’s face it: it looks like she was living the good life in Philippi. A great product, a thriving business, happy clients. She could have kept coasting on that for a long time, without the hassle of having missionaries in her house, without the hassle of hosting church services, without the hassle of sharing her bank account. But God had other ideas. And now, all these centuries later, we read about Lydia, the fabric business magnate who allowed her role to be repurposed and became a major player in the spread of Christianity.

All because she was willing to take on a new role.

Excerpted with permission from When God Rescripts Your Life by Jaci Velasquez, copyright JDV, LLC.

What’s your role? What would happen if God gave you the opportunity to step into a new role? Or take on a new one? Let’s ask Him for it today! Come share your thoughts with us on our blog. We want to hear from you! ~ Devotionals Daily