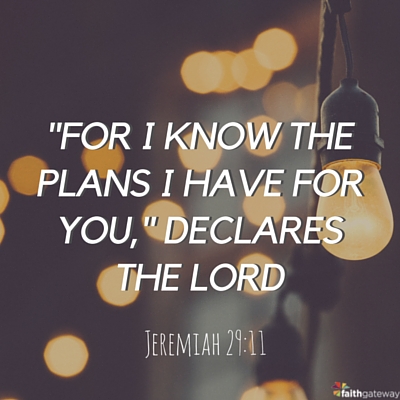 I have been to some very dark places in my life. Though I know that I am a child of God and that He loves me, the darkness has often threatened to overwhelm me. I have often thought of taking my own life. But even though the battle still continues today, there is something different about the way I now face the struggle. I know that God still has plans for me. I know that I am not done yet.

Perhaps my darkest time was about a year ago. The battle had been raging harder than usual, and I was not doing well with my thoughts. I was alone in my house, alone in my head. The sense of being worthless was crushing me down, and the old temptation to kill myself dominated my every thought. Like a moth to a light, I could not resist. Upstairs in the gun safe by my bed was a pistol, and it was calling me to use it.

It might seem strange, but while I felt the irresistible pull of the gun, I also desperately wanted God to intervene. With each stair that I climbed, I called out to God to somehow stop me. As I neared the top, my cries grew louder, but still the gun pulled me toward it.

By the time I entered the bedroom, the battle within me was starting to show on my body. My legs felt as though they weighed a thousand pounds, and I could no longer walk. But though I believe now that God had heard my prayers and was answering them, it was not enough. Since I could not walk, I got down and crawled my way to the gun safe.

I pulled myself in front of the keypad and thought of the gun waiting on the other side. It promised relief — immediate relief from years of torment and pain. In just a few seconds it would all be over. Once I had the gun, I could finally be free. I concentrated hard on entering the code, blinking and wiping away the tears. I entered each digit in sequence and heard the internal bolt release. I reached for the handle of the safe and pulled, but the door would not open. I pulled harder, but it was stuck. Inhaling slowly, I entered the code again. Once more the sound of the bolt retracting told me that the safe was unlocked. And once more I pulled on the handle, but nothing happened. The door was jammed.

Was this God helping me? Was He somehow holding that door shut? I rolled onto my back and thanked God with all my heart. I knew He had saved my life. While I was praying, I heard a voice say,

I still have plans for you.

I knew then, for sure, that I had truly experienced a miracle. For several minutes I continued to pray, thanking God for saving my life and protecting my family from the pain caused by suicide.

Then the questions came. Was it truly a miracle? Did I really matter that much to God? Was I actually worth saving?

I thought of the safe and wondered about the bolt. Wasn’t it more likely that, instead of God rescuing me from death, the batteries had just died? This was no miracle; this was just a coincidence. It was an accident, just like me.

I entered the code again. I heard the bolt move. I pulled on the door, and it opened. There were the pistol and a box of ammunition. But this time I was ready. It had nothing to do with the batteries, but everything to do with God. I had been saved. I was worth saving. He still had plans for me. I closed the safe and went downstairs.

This single event changed my life. It has not gotten rid of my depression, and I still have days when I feel worthless and question why I am here. But then I remember what happened. I remember the words God spoke to me: I still have plans for you. And today I know what those plans are. In fact, the plans God had for me were already there on the day He blocked my safe. Their names are Amy and Addison, my wonderful wife and my beautiful four-year-old daughter. They were the plans God had for me even though I couldn’t see it clearly at the time. They need me, and I need them, and that makes all the difference in the world.

And there is one more plan God has for me — sharing my story and helping others into the loving arms of God. And who knows? Maybe this story is just for you.

Today, you or someone you know may need to read this testimony of God’s love, support, and hope. Or maybe you have a similar testimony of the Lord saving you from devastating choices and showing you His love that you can share with those who are struggling. We’d love to hear from you. Join the conversation on our blog. ~ Devotionals Daily

‘For I know the plans I have for you,’ declares the Lord, ‘plans to prosper you and not to harm you, plans to give you hope and a future.’ — Jeremiah 29:11