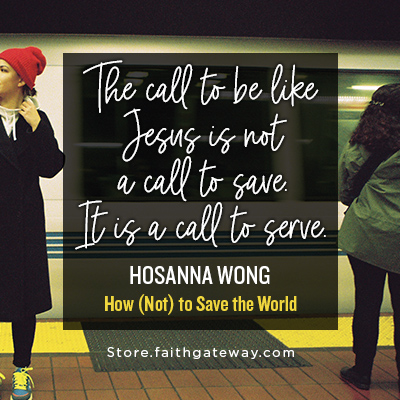 As a little girl I would leap out of bed early on Saturday mornings to watch the latest episode of Batman. I would press up against the cold glass screen of our small, static television and get lost in the inner workings of Gotham City as the heroic duo combatted the evil schemes of Two-Face, the Riddler, Catwoman, and the best villain of all time, the Joker. (Not up for debate.)

There’s something exhilarating about watching the good guys overtake the bad guys, coming out of nowhere in the exact moment of dire need with impressive skills and explosive weapons in the sky — even in clearly uncomfortable tights. (Dear “Project Runway”, please do a hero-makeover challenge soon. As the great poet Beyoncé once said, “Let me upgrade you.”) When the Justice League cartoon began, and it featured a whole host of heroes — including the one and only truth-lassoing Wonder Woman — I was sold. Girls could be heroes too? I was all in. I wanted to know about superheroes. I wanted to be a superhero.

The religious people of Jesus’ day were also looking for a hero. Just as it is to us, the brokenness of the world was glaringly obvious to them, and they believed a king, a warrior, was coming to defeat the evil empires, fight off the tyrannical leaders, and forcefully turn over the corrupted governments of the day. Also, hopefully, he would judge and destroy all of those horrible sinners everywhere. They awaited a hero’s arrival.

And someone did come. He had more power than they could ever comprehend, and yet He didn’t come to take over with forceful power at all.

Instead, they were introduced to a Savior not participating in remarkable battles, showing off His spectacular strength, or lobbying for titles to invoke His impressive status; no, He gave up His status. In a world where we naturally seek glory and applaud those we also find glorious, we surprisingly find that the One who already had all the glory did not aim to be above us but came to be with us. The distinguished Savior emptied Himself of His outward splendor and

…made Himself nothing by taking the very nature of a servant, being made in human likeness — Philippians 2:7 NIV

to serve other humans.

He came to hang out with, love, and serve the ones the religious people hoped He’d judge and destroy. And for the record, He also came for the judgmental religious people — sinners who were much more eager to point out others’ sins than to consider their own. He came to forgive and save them too.

It turns out, in our quest to be Savior-like, to be Christlike, and to live like Jesus would, servanthood is the example we’re given.

The call to be like Jesus is not a call to save. It is a call to serve.

The battle for people’s lives will not be won in grandiose battles in the sky, with capes flying in the wind, with front-page who’s-stronger-than-who battles and egotistical showboating. The battle for people’s lives will be won on the ground, loving and serving people, many times privately, in our homes, schools, places of work, on our city streets, and in our everyday lives. The pressure to be a hero is off. The guilt of failing to be God is gone. The salvation of your family, your workplace, and your city is not all on you. Jesus is the One who saves lives, who heals marriages, who sets people free from addictions, and who makes the impossible possible. Our power can’t compare to His. We are neither the climax of the story nor the main point.

Jesus is the subject, and we are the storytellers.

This simple truth liberates me to take more risks without fearing failure. To share with people the wonderful news of what Jesus has done in my life without feeling the pressure of what those results will be. To be myself around coworkers, throw a dinner party and invite people that I might previously have been too embarrassed to invite, start a Bible study and not freak out about how many (or how few) people show up, share my story even if it isn’t perfect yet, serve people who may not show gratitude, and share Jesus with people who may never accept Him. I’m free to fumble. I’m free to risk. I’m freer than I’ve ever imagined.

Phew! What a load off. I was never a very good savior anyway.

Excerpted with permission from How (Not) to Save the World: The Truth About Revealing God’s Love to the People Right Next to You by Hosanna Wong, copyright Hosanna Wong.

Do you feel the pressure to “save” the people around you, to perform at the highest level at work or in life, or to be seen as a success? You don’t have to anymore. Jesus is the only Savior. You get to be fully you right as you are, used by Him in whatever capacity He chooses. You’re free to serve without the burden of the results. That’s on God! Come share your thoughts with us. We want to hear from you! ~ Devotionals Daily