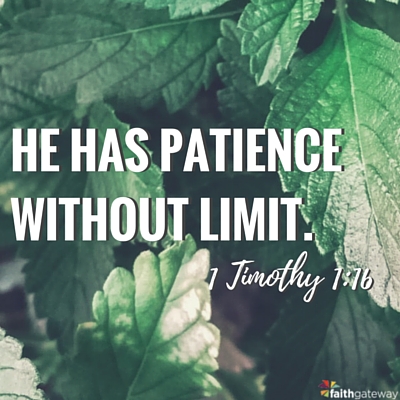 But He offers it anyway.

God demonstrates His own love for us in this: While we were still sinners, Christ died for us. – Romans 5:8

God didn’t look at our frazzled lives and say, “I’ll die for you when you deserve it.” No, despite our sin, in the face of our rebellion, He chose to adopt us.

Jesus Died for Our Sins

As a young boy, I read a Russian fable about a master and a servant who went on a journey to a city. Many of the details I’ve forgotten, but the ending I remember. Before the two men could reach the destination, they were caught in a blinding blizzard. They lost their direction and were unable to reach the city before nightfall.

The next morning concerned friends went searching for the two men. They finally found the master, frozen to death, face down in the snow. When they lifted him they found the servant — cold but alive. He survived and told how the master had voluntarily placed himself on top of the servant so the servant could live.

I hadn’t thought of that story in years. But when I read what Christ said He would do for us, the story surfaced — for Jesus is the Master who died for the servants.

~And the Angels Were Silent

I was given mercy so that in me, the worst of all sinners, Christ Jesus could show that He has patience without limit. – 1 Timothy 1:16

Our Savior kneels down and gazes upon the darkest acts of our lives. But rather than recoil in horror, He reaches out in kindness and says, “I can clean that if you want.” And from the basin of His grace, He scoops a palm full of mercy and washes away our sin.

Our faith does not earn God’s love any more than our stupidity jeopardizes it. The cross was heavy, the blood was real, and the price was extravagant. It would have bankrupted you or me, so He paid it for us.

Call it simple. Call it a gift. But don’t call it easy.

Call it what it is. Call it grace.

While we were still sinners! That’s when Jesus laid down His life for us. He didn’t wait until we deserved it, or until we even wanted His gift of grace… If He had we never would have been saved at all. He sees our sin and instead of being repelled, He leans in. How amazing! Join the conversation on our blog. We’d love to hear from you about the gift of grace! ~ Devotionals Daily