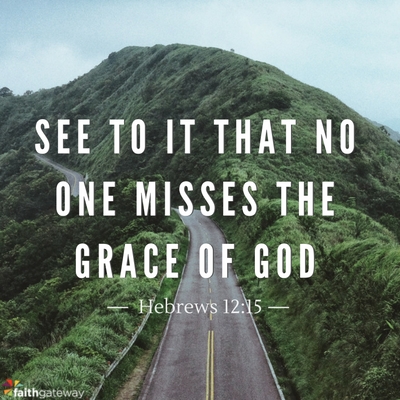 He was leaning back in his leather recliner in the wood-paneled den, his eyes darting back and forth between the television set and me, as if he didn’t deign to devote his full attention to our confrontation. In staccato bursts, he would lecture and scold and shout, but his eyes never met mine.

It was the evening before my high school graduation, and my dad had caught me lying to him — big-time.

Finally, he snapped his chair forward and shifted to look fully into my face, his eyes angry slits behind his glasses. He held up his left hand, waving his pinky like a taunt as he pounded each and every word: “I don’t have enough love for you to fill my little finger.”

He paused as the words smoldered. He was probably expecting me to fight back, to defend myself, to blubber or apologize or give in — at least to react in some way. But all I could do was to glare at him, my face flushed. Then after a few tense moments he sighed deeply, reclined again in his chair, and resumed watching TV. That’s when I turned my back on my father and strode toward the door.

I didn’t need him. I was brash, I was driven and ambitious — I would slice my way through the world without his help. After all, I was about to make almost a hundred dollars a week at a summer job as a reporter for a rural newspaper in Woodstock, Illinois, and live on my own at a boarding house.

A plan formulated in my mind as I slammed the back door and began the trek toward the train station, lugging the duffel bag I had hurriedly packed. I would ask the newspaper to keep me on after the summer. Lots of reporters have succeeded without college, so why not me? Soon I’d make a name for myself. I’d impress the editors at the Chicago papers and eventually break into the big city. I’d ask my girlfriend to move in with me. I was determined to make it on my own — and never to go back home.

Someday, there would be payback. The day would come when my father would unfold the Chicago Tribune and his eye would catch my byline on a front-page exclusive. That would show him.

I was on a mission — and it was fueled by rage. But what I didn’t realize as I marched down the gravel shoulder of the highway on that sultry June evening was that I was actually launching a far different quest than what I had supposed. It was a journey that I couldn’t understand back then — and which would one day reshape my life in ways I never could have imagined.

That day I embarked on a lifelong pursuit of grace.

I always wondered: Would I cry when my father died?

After the confrontation in which my dad declared he didn’t have enough love for me to fill his little finger, I stormed out of the house, determined never to return. I lived for two months in a small apartment nearly forty miles away as I worked as a reporter for a small daily newspaper. The publisher agreed to hire me beyond the summer. My future seemed set.

I never heard from my father, but my mother kept urging me to return. She would call and write to tell me my dad certainly couldn’t have meant what he said. Finally, I did come home briefly, but my father and I never discussed the incident that prompted me to leave. I never broached it, and neither did he. We maintained a civil but distant relationship through the years.

He paid for my college tuition, for which I never thanked him. He never wrote, visited, or came to my graduation. When I got married after my sophomore year at the University of Missouri, my parents hosted the reception, but my dad and I never had a heart-to-heart talk.

Fresh from Missouri’s journalism school, I was hired as a general assignment reporter at the Chicago Tribune, later developing an interest in law. I took a leave of absence to study at Yale Law School, planning to return to the Tribune as legal editor.

A few days before my graduation, I settled into a cubicle in the law school’s gothic library and unfolded the New York Times for a leisurely morning of reading. I was already prepared for my final exams and was getting excited about returning to Chicago. Then my friend Howard appeared. I folded the newspaper and greeted him; he stared at me as if he had something urgent to say but couldn’t find the right words. “What’s wrong?” I asked. He didn’t answer, but somehow I knew. “My father died, right?” He nodded, then led me to the privacy of a small alcove, where I sobbed inconsolably.

Alone with My Father

Before my father’s wake began at the funeral parlor, I asked for the room to be cleared. I stood in front of the open casket for the longest time. A lifetime of thoughts tumbled through my mind. My emotions churned. There was nothing to say, and yet there was everything to say.

So many times in my life, I had rationalized away my need to take responsibility for the role I had played in our relational breakdown. He’s the one who should be apologizing to me. Or pride got in my way. Why should I go crawling to him? Or sometimes I’d just put it off. I can always handle that later.

Finally, after a long period of silence, I managed to whisper the words I desperately wished I had spoken so many years earlier: “I’m sorry, Dad.”

Sorry for the ways I had rebelled against him, lied to him, and disrespected him over the years. Sorry for my ingratitude. Sorry for the bitterness and rancor I had allowed to poison my heart. For the first time, I admitted my own culpability in our relational strife.

Then came my last words to my father: “I forgive you.” As best I could, I extended him grace — too late for our relationship, but in so many ways liberating and life-changing for me.

Soon business associates, neighbors, golfing buddies, and others arrived at the wake to offer condolences to my mother and other family members. I sat by myself in a folding chair off to the side. I was dealing with deep and conflicted emotions and didn’t feel like interacting with anyone.

One of my dad’s business associates walked over and sat down beside me. “Are you Lee?” he asked.

“Well, it’s great to finally meet you after hearing so much about you,” he said. “Your dad could never stop talking about you. He was so proud of you and excited about what you’re doing. Every time you’d have an article in the Tribune, he’d clip it and show it to everyone. When you went off to Yale — well, he was bursting with pride. He was always showing us pictures of your kids. He couldn’t stop bragging about you. It’s good to finally put a face with the name because we heard your name a lot from your dad. ‘Lee’s doing this.’ ‘Lee’s doing that.’ ‘Did you see Lee’s article on the front page?’ But then, I suppose you knew all that.”

My mind reeled as I tried to conceal my astonishment. I couldn’t help wondering what might have been different if those words had come to me directly from my dad.

When I became a follower of Jesus several years later, I saw the stark contrast. Here, there was no concealing how my Father felt about me. In direct declarations, the Bible shouted over and over: God’s love for me is unrestrained and unconditional; His grace is lavish and unending. I am His workmanship and His pride, and He couldn’t stand the thought of spending eternity without me in His family. And as God’s grace utterly rocked my life — forgiving me, adopting me, and changing my life and my eternity — something else became clear: how tragic it would be to withhold the news of that grace from others. How could I revel in it myself but never pass it along to a world that is dying for it? As atheist Penn Jillette said, “How much do you have to hate somebody to believe that everlasting life is possible and not tell them that?”

As the apostle Paul asked, how can people believe in Christ if they have never heard about Him?

“[God] dispenses His goodness not with an eyedropper but a fire hydrant. Your heart is a Dixie cup and His grace is the Mediterranean Sea. You simply can’t contain it all,” said Max Lucado. “So let it bubble over. Spill out. Pour forth. ‘Freely you have received, freely give.’ ”

Writing about my journey of grace in this book has only strengthened my resolve to emulate the apostle Paul. “What matters most to me,” Paul wrote, “is to finish what God started: the job the Master Jesus gave me of letting everyone I meet know all about this incredibly extravagant generosity of God.”

That is the joyful task of every follower of Jesus.

Someday may it be written about me on my tombstone: He was so amazed by God’s grace that he couldn’t keep it to himself.

Excerpted with permission from The Case for Grace by Lee Strobel, copyright Zondervan.

If your relationship with your father is broken or strained, pause today and ask the Lord to show you what your part in the conflict is. Reach out, call, write a note. If your father has passed away and that’s not possible, spend time today talking with God about your dad, ask for forgiveness, pray for the strength to forgive, and thank God for whatever positive things you can remember about your father even if it’s just that God used him to give you half of your DNA. Think about God’s grace in your life and share it with others today! Overflow with amazement at His extravagant generosity and tell your story of His goodness to others! Come join the conversation on our blog! We want to hear from you!