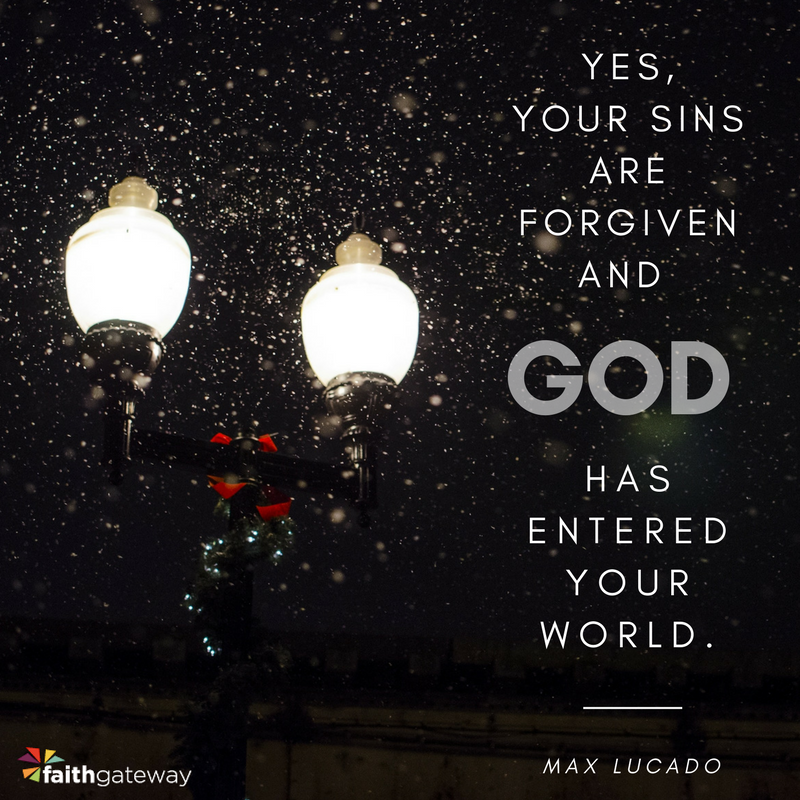 So all this was done that it might be fulfilled which was spoken by the Lord through the prophet, saying: “Behold, the virgin shall be with child, and bear a Son, and they shall call His name Immanuel,” which is translated, “God with us.” — Matthew 1:22-23

On the night when Jesus was born, I wonder if Joseph ever prayed, “Father, this all seems so… bizarre. The angel you sent? Any chance you could send another? If not an angel, maybe a person? Some company would be nice. Even a shepherd would do.”

You’ve stood where Joseph stood. Caught between what God says and what makes sense. You’ve done what He told you to do only to wonder if it was Him speaking in the first place. You’ve stared into a sky blackened with doubt. And you’ve asked what Joseph asked.

Things haven’t turned out as you thought they would.

Each of us knows what it’s like to search the night for a light. Not outside a stable, but perhaps outside an emergency room or on the manicured grass of a cemetery. We’ve asked our questions. We’ve questioned God’s plan. And we’ve wondered why God does what He does.

The Bethlehem sky was not the first to hear the pleadings of a confused pilgrim.

If you are asking what Joseph asked, let me urge you to do what Joseph did. Obey. That’s what he did. He obeyed when the angel called, when Mary explained, and when God sent.

He was obedient when the sky was bright… and when it was dark.

He didn’t let his confusion disrupt his obedience. He didn’t know everything. But he did what he knew. He shut down his business, packed up his family, and went to another country. Why? Because that’s what God said to do.

Can He do the same with you?

God still looks for Josephs today. Men and women who believe that God is not through with this world. Common people who serve an uncommon God.

Will you be that kind of person? Will you serve… even when you don’t understand?

No, the Bethlehem sky was not the last to hear the pleadings of an honest heart. And perhaps God didn’t answer every question for Joseph. But He answered the most important one. “Are you still with me, God?” And through the first cries of the God-child the answer came.

Through the small face of the stable-born Baby, He says yes.

Yes, your sins are forgiven. Yes, your name is written in Heaven. Yes, death has been defeated. And yes, God has entered your world.
Immanuel. God is with us.

Excerpted with permission from In the Manger by Max Lucado, copyright Max Lucado.

Are you in the place of saying, “God, this doesn’t make sense”? He is with you. The picture may not be clear, but He is with you. He is calling you to be a Joseph today, an obey-er of His Word and of His purposes for your life. Confusion mustn’t rob our obedience. Come share your thoughts on obeying even if things don’t look the way we expected them to look. We want to hear from you! ~ Devotionals Daily