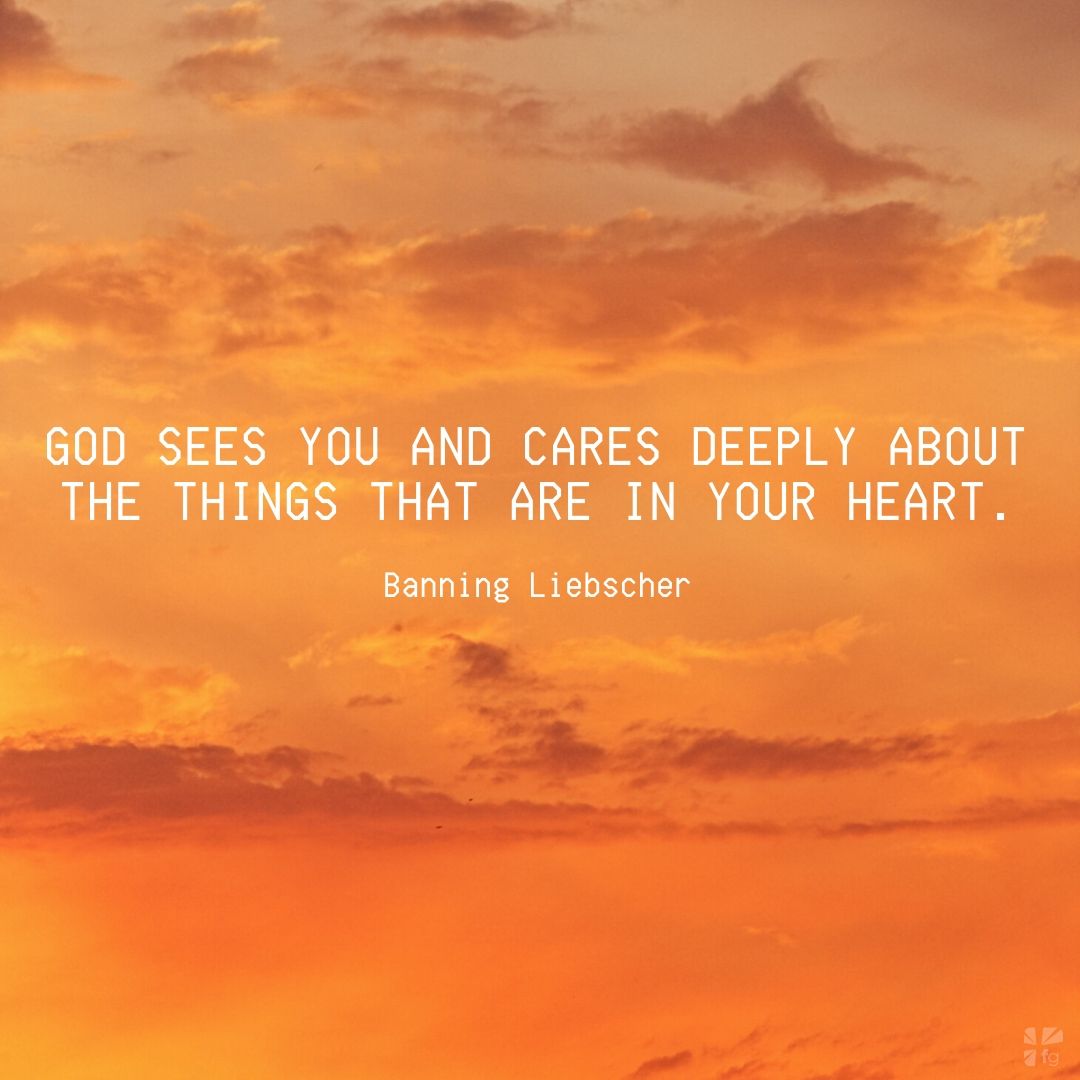 I hate delays. I do everything I can to avoid them. I stay away from certain streets, airports, and the freeway during high-traffic hours because I hate delays. I don’t think I’m alone in this; so much of the technology of our modern world is built around eliminating delays wherever we find them. From our perspective, things that slow us down and waste our time seem to have no real purpose but to hassle us and cause headaches.

But we have a problem, because God does not hate delays. He uses them frequently on our journey.

The three-mile walk to which He calls us is full of delays, and there is no app to help us avoid them. A delay is a gap between the moment when God awakens dreams, speaks promises, calls you to an assignment, or hears your prayers and the moment when those things become reality. Every time we set out to engage what God has called us to be and to do, delay is part of the journey, for a reason. The way we respond to delay plays a critical role in shaping success or failure on this journey.

The Bible gives us many examples of the different ways people respond to delay. Some people did not respond well, and the results are pretty sobering. Consider the story of Aaron and the golden calf.

When the people saw that Moses delayed coming down from the mountain, the people gathered together to Aaron, and said to him, “Come, make us gods that shall go before us; for as for this Moses, the man who brought us up out of the land of Egypt, we do not know what has become of him.”

Then they said, “This is your god, O Israel, that brought you out of the land of Egypt!”

So when Aaron saw it, he built an altar before it. And Aaron made a proclamation and said, “Tomorrow is a feast to the Lord .” — Exodus 32:1-5 NKJV

In the delay, Aaron led the children of Israel into idolatry. If Moses hadn’t been there to intercede, they wouldn’t have lived to see another day. Though Moses managed to help them clean up that particular mess with God, their motives for mishandling the delay remained unchanged. They continued to complain and rebel until God declared that they were disqualified from entering the promised land. That generation never fulfilled their call; they died in the desert.

Then there’s the story of Saul making sacrifices without Samuel. He did this after learning that the Philistines had amassed their army of six thousand charioteers and uncountable soldiers. With his soldiers trembling with fear, Saul managed to hold them together with Samuel’s promise that he would come in seven days to make the required sacrifices to bless the army and inquire of the Lord as to what their strategy should be. When the seven days passed and Samuel didn’t come, however, Saul’s men began to scat- ter. In this delay, Saul became desperate, took matters into his own hands, and made the sacrifices. No sooner had he finished the job than Samuel arrived to tell Saul the serious consequences of his presumption.

In the delay, Saul fell into disobedience, and the cost was severe: he lost his royal dynasty. The calling of every king was to establish their reign and a royal lineage. By mishandling the delay, Saul disqualified himself from fulfilling that call.

In contrast to Bible stories like Aaron’s and Saul’s are stories like David’s. The man after God’s own heart experienced a thirteen-year delay between being anointed king and ascending to the throne. During that time, David had many opportunities to take his call and destiny into his own hands, but every time he refused. As a result, God established his royal dynasty eternally, even choosing to bring His own Son to earth through David’s line.

These stories show us that there are high stakes connected to how we handle delays. In the cases of Aaron, Saul, and David, these stakes were extreme, as they were all leaders whose decisions affected millions of people. But the test in all three situations was the same. Aaron and Saul found themselves surrounded by terrified people pressuring them to act, and they caved to the fear of man. David likewise was pressured by his men to take Saul’s life when he had the chance, but he feared God more than man and didn’t give in. No matter who we are, this is the test we will face in the delay: either to take matters into our own hands and try to make our call happen according to our strength, our way, and our timing or to stay in a place of trust and surrender and allow God to lead us in His plan for fulfilling our call.

In the delay, we see what’s in our hearts.

Do we fear man or God? Will we trust ourselves or God? Do we have to be in control, or do we want God to be in control? Only in the delay do these things rise to the surface so we can deal with them and make powerful choices to align our hearts with God’s heart for us.

One of the most powerful biblical examples of a divine delay is the story of Jesus raising Lazarus from the dead.

Lazarus and his sisters, Mary and Martha, were some of Jesus’ closest friends and disciples. They had seen Jesus heal and do amazing miracles. When Lazarus became ill, Mary and Martha sent word to Jesus, fully believing that He would come and heal their brother without delay. John’s account emphasizes that Jesus loved these people.

Now a man named Lazarus was sick. He was from Bethany, the village of Mary and her sister Martha… So the sisters sent word to Jesus, ‘Lord, the one You love is sick.’ When he heard this, Jesus said, ‘This sickness will not end in death. No, it is for God’s glory so that God’s Son may be glorified through it.’ Now Jesus loved Martha and her sister and Lazarus. — John 11:1, John 11:3-5

What Jesus did next, however, made no sense to anyone.

So when He heard that Lazarus was sick, He stayed where He was two more days. — John 11:6

During that delay, Lazarus died. It is clear that Jesus intentionally delayed two days. Sometimes we think that every season of delay in our lives is an attack of the enemy, not realizing that Jesus may be involved in the delay. By the time Jesus arrived in Bethany, Lazarus had already been in the tomb for four days. Everyone was confused. His disciples wondered if this was the end of the road for Jesus and they would all soon be dying too (John 11:16). Martha and Mary each ran out to meet Jesus, saying,

And the onlookers at the tomb were asking,

Could not He who opened the eyes of the blind man have kept this man from dying? — John 11:37

When God does not seem to share our urgency about a situation, we so quickly start to question His character.

I’ve encountered this in my kids. When they are ready and want to leave for school in the morning and I am not in the car yet, they get frustrated. If my urgency to get them out the door on time does not seem to match theirs, my kids react as if I don’t care about them. What they are experiencing as a lack of urgency and delay on my part is my seasoned knowledge of exactly how much time I need to take them to school and my lack of worry that anything will happen to make us late. Seasons of delay expose just how easily we move to doubting God because His timing is not our timing. In a delay, truths that seemed so unshakable to us suddenly seem questionable. Is God really good? Does He care? Can’t He fix this? Why is He letting this happen?

John’s account shows us how Jesus answers the unspoken Don’t You care? and Are You powerful? questions. First, we see that Jesus is anything but cold, disconnected, or unaffected by the prayers of those He loves. John tells us that Jesus was “deeply moved” and wept as He witnessed the mourners at the tomb of Lazarus (John 11:33, John 11:35, John 11:38). He cared, much more than anyone present could possibly comprehend. And when He called Lazarus from the tomb, they all saw that He was far more powerful than they had imagined. His heart of love for them, and His ability to fix the problem, became obvious and undeniable. I need you to hear this. You may be in the midst of a season of delay, and you believe God doesn’t care about you or your situation. Nothing could be farther from the truth. God sees you and cares deeply about the things that are in your heart.

Then there was the unspoken question, Why? This is a question we will all ask in delays. We think we need an explanation, a reason for what is happening. And Jesus repeatedly answers this question.

Jesus said to her, “I am the resurrection and the life.

The one who believes in Me will live, even though they die; and whoever lives by believing in Me will never die. Do you believe this?”

Jesus said, “Did I not tell you that if you believe, you will see the glory of God?”

So they took away the stone. Then Jesus looked up and said, “Father, I thank You that You have heard Me. I knew that You always hear Me, but I said this for the benefit of the people standing here, that they may believe that You sent Me.”  — John 11:40–42 (emphasis added)

This was the why of Jesus’ delay: “that they may believe.” Jesus was trying to get them to a place of greater faith. When someone they loved was sick unto death, would they still believe in Jesus, the Healer, the one who not only heals but raises the dead? It’s the same why He gives to us in our delays. When things are taking longer or not turning out the way we thought they would, Jesus’ answer to our Why? is Trust me. In the delay, Jesus is after our trust.

How are you with delays? What do you think about God when He doesn’t keep your expected timetable? Do you trust Him? Can you trust Him in the wait? Come share your thoughts with us on our blog. We want to hear from you! ~ Devotionals Daily