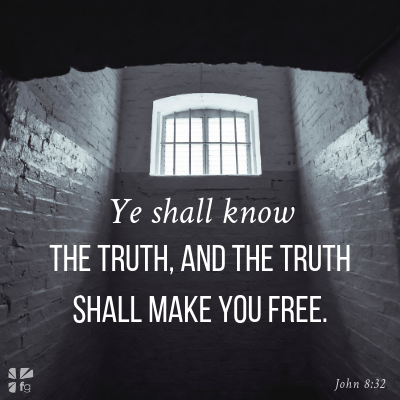 Editor’s note: Casey Diaz was a violent gangbanger whose crimes had caught up to him landing not only in jail but in solitary confinement. Then he experienced a miraculous encounter with Jesus and chose to follow Him. As he grew in his faith, he began to look for ways to share the Gospel among his fellow inmates. Today, Casey is a free man but he still can’t stop sharing his story of how God saw him, knew him, and never forgot him… even in a lonely prison cell. Enjoy today’s excerpt is from his new book, The Shot Caller, in which he reminds us that no one — no one — is too far gone for the saving grace of Jesus!

Notes that were exchanged among prisoners were known as “kites.” Nothing more than a small piece of yellow paper, maybe four inches wide and four inches tall, and filled top to bottom and sometimes both sides with writing in small print, kites were like the notes that junior high kids passed between classes. Kites were usually folded many times until they were the size of a penny, making them easy to pass furtively.

At New Folsom, kites were exchanged among prisoners whenever a shot caller needed to pass a message that someone needed to get hit. Since gang leaders inside New Folsom were used to receiving and passing kites, why not evangelize them by handing them a small note?

I knew that I couldn’t walk up to a gang leader in the middle of the exercise yard and offer to shake hands to pass along the note. I couldn’t be seen doing that, so I had to be more subtle than that. What I did was put my right arm down by my side and move my hand in such a way that the gang leader would notice that I had a kite wedged between my second and third fingers, meaning I had a message for him. If he was the curious type, he could grab my kite on the sly and keep on walking. No one would be the wiser.

I found the best place to try to pass a kite was when the gang leader and myself were alone, like when we were working the same prison job and no one was paying attention. He would take the kite and slip it into a pants pocket and read it after he returned to his cell.

And that’s how an important prison ministry was born.

So what was written in those kites? Believe me, it was nothing profound. I usually wrote something like this:

Hey, I just wanted to reach out to you. I know you can’t be seen with me, but that’s okay. I just want you to know that if you need prayer, let me know. Just give me a little sign or a nod if you want me to pray for you the next time we see each other, and I’ll do it. Remember, God loves you so much. I know you think that God couldn’t love you, but He does. John 3:16 says, “For God so loved the world, that He gave His only begotten Son, that whosoever believeth in Him should not perish, but have everlasting life.” That verse means that anyone who believes in Jesus Christ, God’s Son, will be saved. Anyone could be you.

These kites worked instantly. After the exchange of the first kite or two, they would spark conversations between us. Never in the open, of course, but we talked when we could be assured that no one was looking or paying attention to us, like if we were in a chow line or working in the prison laundry room.

Whatever opportunity I found to pass a kite, I took it, but it was always under cover. I never passed the kites out in the open, and neither did my brothers in my Bible study. Instead, we committed ourselves to praying and asking God to move in the hearts of the guys reading our notes.

Most of the time, our kites worked hook, line, and sinker because what we wrote was honest. Here’s another kite that I penned:

I’m pretty sure you know who I am. Every single one of us committed crimes out there. Here’s the deal. Christ revealed Himself to me, and I know what He’s done in my life. He’s changed it big time. I know He can do the same for you. Bottom line, there is no future in what we are doing here. Our homies aren’t writing us like they said they would. They aren’t taking care of us like they all said they would. We’re here. We’re stuck. But inside these walls, I’ve experienced freedom because of what God has done in my life. I’d like to share that with you some time. John 8:32 says, “And ye shall know the truth, and the truth shall make you free.” Let me show you how Christ can help you find freedom, even within the walls of this prison.

I was amazed about the impact these kites had. Not only were we receiving head nods from gang leaders asking for prayer, but our Bible studies in the prison chapel became jam-packed. God was touching so many hearts inside that prison — hearts that were tired of living a life of lies, murder, and deceit. We had an incredible number of gang leaders and prisoners come to Christ. All because we were willing to pass kites.

Excerpted with permission from The Shot Caller by Casey Diaz. Copyright Casey Diaz.

Are there people in your life that you feel are “too far gone” to meet Jesus and be saved? How does Casey’s story encourage you? And how can you, like Casey, look to encourage others with the love of Jesus in creative ways? We’d love to hear your thoughts in the comments!