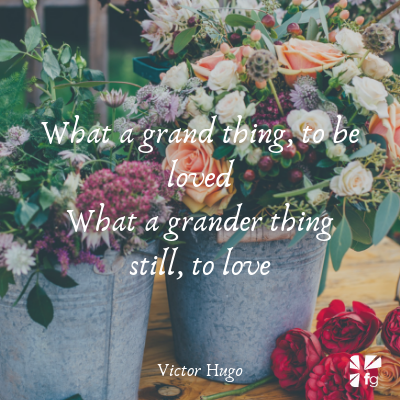 Whoever finds their life will lose it, and whoever loses their life for my sake will find it. — Jesus

The Self-Giving of Jesus

Like everyone else, I can remember precisely where I was on the morning of September 11, 2001, when I learned of the terror attack on the World Trade Center in New York. I was sitting on the edge of a bed in a hotel room in Oklahoma City. My wife, Leslie, and I were preparing to speak in a convocation at the only historically black college in the state, Langston University. The news of the attack on the television that morning, of course, changed everything. I’ll never forget it.

Chances are, if you’re old enough, you won’t either. Some experiences are so jolting, unexpected, remarkable, and surprising that they become seared into our memory banks forever. Memory specialists call them hot spots or flashbulb memories. The surprise of something we didn’t expect or something so incredibly meaningful (like proposing marriage) releases a chemical in our brain called glutamate. It improves our mental processing in the moment and focuses our attention in powerful ways — making the memory clear, vivid, detailed, and enduring. Flashbulb memories include richer sensory detail than others. The neural chemical in our brain cements the memory in place, as it were, making it nearly impossible to forget.

Not only do flashbulb memories become something we can easily recall, they shape the way we behave going forward. In fact, experts consider recollections as mental time travel — not just about the past but also a version of the future. A growing body of research at Harvard University suggests that the purpose of memory is far more extensive than simply helping us store and recall information about what has already happened. For example, researchers have shown how memory helps us draw a mental sketch of someone’s personality and imagine how that person might behave in a future social situation. In other words, recollecting a past event gives us a clearer imagination of how we will behave in the future. The things we remember change who we are and who we are becoming. Our habits, ideas, and hopes — even our promptings to love — are influenced by what we remember.

On the last evening of His life, He was deliberate in creating an indelible memory that shaped the future of humankind: He hosts a final meal with His disciples in Jerusalem.

It’s held on the second floor of a building near the Pool of Siloam around a long rectangular table just eighteen inches tall. Pillows surround the table where the disciples and Jesus can lounge in the traditional fashion.

Once in the room and around the low table, Jesus does something unprecedented and carefully calibrated. He ensured that it would be a flashbulb memory burned into the mind of each disciple and passed along to future generations who would follow. This was no accident. Jesus planned His actions. It was premeditated. He wanted this meal to be remembered and celebrated. Jesus, in fact, said it straight out that evening:

Do this in remembrance of Me.

Before the meal of bread and wine and Jesus’ accompanying message of profound symbolism, He humbles Himself in a way that shocked His disciples. He does something so incongruent to what they were expecting and so deeply meaningful that it was guaranteed to stick in their memory forever. Their teacher, their Lord, takes a towel and basin and begins carefully washing each man’s feet with water. The disciples are stunned. Dismayed. Overwhelmed. This task was normally reserved for lowly servants. But here is their venerated Rabbi kneeling before each of them, one after the other, to lovingly rinse the road dust from their feet.

It’s an inversion. It’s upside down and doesn’t make sense. Power and recognition are on the minds of the disciples, and Jesus is demonstrating service and sacrifice. He knows each of them well: the boisterous James and John whom He called “sons of thunder,” Simon the zealot whose passion for politics could be easily provoked, the skeptical Thomas who struggled with doubts, upbeat Andrew, rash-tongued Peter, and all the rest. Jesus even washes the feet of Judas, whom He knows is about to betray Him. Jesus looks each of these men in the eyes, considers their personalities, and displays uncompromising humility. He doesn’t pay someone to wash their feet; Jesus does it Himself. He becomes a lowly, unpretentious, self-giving servant.

What a grand thing, to be loved! What a grander thing still, to love! —Victor Hugo

It’s easy to miss the profundity of this act because of the gulf in time and culture between us and that fateful evening. A modern-day equivalent might be your pastor coming to your home to wash your dirty dishes or clean your bathrooms. Or maybe the governor of your state stopping by to sweep out your garage or separate your garbage. The analogies lack the personal and intimate experience of what Jesus did, but they get at the startling act of humility and service. The self-giving act of their Rabbi surely endeared the disciples to Him more than ever.

Of course, what Jesus did was more than an act of affection. It’s a life lesson. Jesus tells the disciples they must follow His example with each other. They must become like servants, setting aside concern for position and privilege. They must place others above themselves. Through foot washing, Jesus unforgettably shows that service, not status, is what He’s about:

The Son of Man did not come to be served, but to serve.

Even before that last night, Jesus spoke to His followers about this radical servant attitude. When they originally joined Jesus and His movement, three years earlier, they were focused on reaping rewards. They wanted a payoff for leaving their lives and following him. They quarreled over who would get what role. Two of them even had their mother make a special request to Jesus on their behalf, ensuring they’d be promoted. A constant power grab entwined the twelve.

Jesus told them repeatedly that power games were fundamentally alien to life inside God’s kingdom. It’s not about being first or more prominent. It’s about heartfelt service. It’s about love. But even up to the time of their final dinner together they were jockeying for position and squabbling over who was greatest. So Jesus leaves them — and us — with an indelible act that spoke in ways words cannot. He leaves us on the last night of His life with an unforgettable act of humble service that sums up, perhaps more than anything else He did short of the Cross, what it means to love like Jesus.

Make the most of every opportunity you have for doing good. —Ephesians 5:16 TLB

Self-giving is selfishness in reverse. It is not concerned with benefits, and it expects nothing in return. Whether it is offering directions to someone who appears lost, giving an especially generous tip to a server who seems needy, or encouraging a friend who didn’t get an expected promotion, self-giving love is done out of care, compassion, and kindness —  expecting neither repayment nor appreciation.

It comes down to motive. You can be a giver and still expect something in return. We call it giving “with strings attached.” In other words, there is an expectation connected to the giving. The origin of the idiom “no strings attached” is directly tied to eighteenth-century fabric merchants who would mark flaws in woven cloth by tying small strings to the bottom of the bolts at the locations where flaws were present. When a tailor or dressmaker needed flawless cloth, he or she would ask the merchant to provide fabric “with no strings attached.” The custom persists today. And so does the practice of giving with an expectation that we’ll be getting something in return. True self-giving involves no “this for that,” no quid pro quo. True self-giving is offering the best of who you are to others, and it comes with no strings attached.

Excerpted with permission from Love Like That by Dr. Les Parrott, copyright Les Parrott.

Can you imagine what it was like for the disciples when Jesus took the role of a lowly servant, stripped down, got on His hands and knees and washed their feet? What a shocking and humbling experience! What a beautiful flashbulb memory for us all… Come share your thoughts with us on our blog about becoming self-giving like Jesus! We want to hear from you! ~ Devotionals Daily