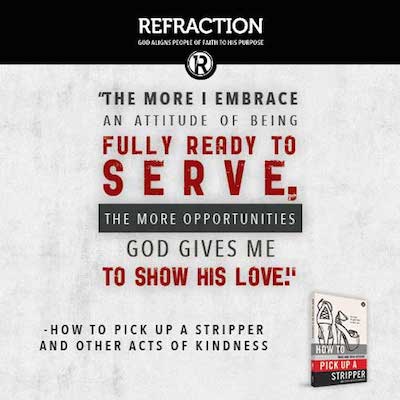 Do What You Can With What You Have

In all likelihood, Sam the Samaritan didn’t have an Acme first aid kit packed on his donkey. So where did he get the bandages? He probably ripped up his own clothes and used them to stop the bleeding. Regardless of whether he did that or not, he used what he had to do what he could.

He didn’t assume someone else would do it. He didn’t worry about what was next on his schedule. Where others talked themselves out of getting involved, he talked himself into making a difference.

Almost every week I get an e-mail or phone call from someone thanking Friendship Community Church for serving him or her in some way. I am thrilled that our church has the reputation in our community that we will use what we have to do what we can. We’re convinced that if someone is hurting, then the church should be the first on the scene to offer help. But it takes con- tinual effort to keep that core value elevated to its proper place. Occasionally I get a different type of email. It will be from someone within our church who says, “I don’t know whether you are aware of the need in this other person’s life, but I wanted to let you know so the Church could step in and do something about it.”

When I get that e-mail (and fortunately, I don’t get it much anymore), I reply as graciously as I know how and essentially say, “I agree this is a need the Church should try to meet. Since you are the Church, let me know what you decide to do about it. I suspect that God put this need in your path and allowed you to see it for a reason.”

It is one thing for our church members to see a need. But if they decide someone else should do something about it – even if that someone else is the church – then they’re ultimately no different than the priest or the Levite in Jesus’ story.

We don’t want people to simply see a need and feel pity. We want to re-train them to talk themselves into making a difference.

Jesus’ half brother James wrote about the importance of taking action.

Brothers and sisters, it doesn’t make any sense to say you have faith and act in a way that denies that faith. Mere talk never gets you very far, and a commitment to Jesus only in words will not save you. It would be like seeing a brother or sister without any clothes out in the cold and begging for food, and saying, “Shalom, friend, you should get inside where it’s warm and eat something,” but doing nothing about his needs – leaving him cold and alone on the street. What good would your words alone do? The same is true with faith. Without actions, faith is useless. By itself, it’s as good as dead. – James 2:14–17

I’m pretty sure if James were writing this here in the South, he’d say, “When y’all see a need, don’t just say, ‘Well, bless your heart!’ and that you’ll pray for them. Y’all step up and be the answer to their prayers.” As you become more aware of the needs around you, you’ll find some that you will need to get others involved with to respond adequately.

For example, when Katie left her job at the strip club, Erin contacted a human resources director in our church to help get her connected with other employment possibilities. Erin didn’t have the right connections to help her find a new job, so she involved someone who did. You’ll encounter some issues so large that it will require you to work with a group of people to address them, such as your small group or Sunday school class. But even when you’re alone, you can still do what you can with what you have, just like Sam the Samaritan.

Being compassionate isn’t about having sympathy and hoping the situation will improve. Compassion rolls up its sleeves and does what it can to change things for the better.

Time Is On My Side

Sometimes it seems as though we take a cable-company approach needs. “I’m sorry to hear about your situation. It looks available to show God’s love in your area sometime one and four this afternoon, or else the next available window will be next week. Please press “1” if you’d like to schedule a servant evangelism appointment.”

Perhaps you’ve heard of the study that John Darley and Daniel Batson did at Princeton in 1973. They met individually with forty seminary students and did an experiment with three variables.

First, the students had already been surveyed to find out whether they had chosen to study theology simply to have a good career or for personal spiritual fulfillment.The researchers told the students that as a follow-up to the survey, they needed the students to give a brief impromptu talk so the researchers could observe their ability to think on their feet. The second variable, though, was actually that some students were asked to speak about whether ministry could be done more effectively from a professional ministry position versus some other career field, while others were given the scripture about the good Samaritan as the source of their talk. The third variable condition was how hurried the students were made. After being given directions on how to get to the building where they would be evaluated, the high-hurry group was told they were already late, the evaluator was waiting on them, and they should hurry. The intermediate-hurry group was simply told the evaluator was ready for them, so they should go right over. The low-hurry group was told the evaluator wouldn’t be ready for a few more minutes, but they might as well head on over and may have to wait for a bit after they get there.

On the way to the other building, each student passed through an alley where a man (whom they didn’t know was part of the real experiment) was slumped down in a doorway, with his head down and eyes closed. As the student passed, he would cough twice and groan. Which seminary students would be the good Samaritan to this person in need?

The researchers found that the seminary student’s reason for going into ministry had no bearing on his likelihood to stop and check on the man. They also learned that, surprisingly, the students who were preparing to talk about the good Samaritan were no more likely to provide assistance than the others. The only factor that mattered was how much of a hurry the students were in. Sixty-three percent of the low-hurry students offered direct or indirect relief to the man, 45 percent of the intermediate-hurry group provided aid, and only 10 percent of the high-hurry group extended a helping hand.

Being in a rush can turn an otherwise compassionate person into someone who is completely indifferent to suffering.

What about your schedule needs to change for your beliefs to be translated into your behavior? Sometimes we need to choose to serve, even though we don’t feel like it at the moment. Or when we’re tired and would rather take a nap. Or when getting involved would mean throwing our meticulously planned schedule out the window. I realize that if you are as obsessive-compulsive about your schedule as Erin, then you may have temporarily stopped breathing on that last sentence. It’s going to be okay. Just take a deep breath and keep reading. There is no doubt it is hard to stop and meet a need when you have an appointment to be somewhere else. That is why we have to be intentional about it.

I’ll bet, though, that when you arrive late to a meeting and explain that the reason you are late is that you stopped to help someone and demonstrate God’s love, the other parties will not only be understanding – they will be inspired. They’ll see you creating a legacy they admire and want to have too. My experience has been that acts of love don’t always have to be big and dramatic to be powerful.

When you buy lunch for people you don’t even know or offer them a drink or take back their grocery cart, you make yourself available to be used by God to communicate His love.

No matter how the recipient of your kindness responds, one guaranteed result is that you will be a bit more Christlike. So figure out a way to stay alert to the needs around you. Perhaps you’ll want to set a reminder in your email calendar. Maybe you’ll want to do what I do and begin serving someone every day at lunchtime. Do whatever works for you, but do something to make serving others a part of your daily routine.

A while back Erin and I decided we would start setting aside a certain amount of money each week to meet any needs we encountered that week. From the moment we made the decision, it was amazing how each week a significant opportunity would present itself to us. Whether it was a single mom who was struggling to make ends meet, or a health service someone needed and couldn’t afford, or someone who was out of work and wondering where God was in their situation, it became obvious to us every single week whom God was wanting us to bless with what we had.

What we give may not always be enough to completely change their lives, but it always makes the situation better, and it always encourages people that God has not forgotten about them.

Before we give our gift, we always talk the situation over with our three boys. I love involving them in the process because they will grow up seeing acts of kindness as a normal part of what it means to follow Christ, rather than a radical concept that is foreign to them. We often don’t share people’s names with them, since some of our kids are too young to completely understand the importance of confidentiality. But we always make the decision as a family that this is the situation God wants us to invest in this week. Then we all sign a card that we include with our gift to simply tell the recipients that God loves them, and we do too.

The crazy part is before we made this decision to set aside money each week, I’d go months without being aware of the types of needs we now are meeting on a weekly basis. Perhaps I just didn’t notice the needs because I was in too big a hurry. Or maybe God just didn’t bother to show them to me because I wasn’t going to do anything about them anyway. I just don’t know. But I know this:

The more I embrace an attitude of being fully serve, the more opportunities God gives me to show His love! 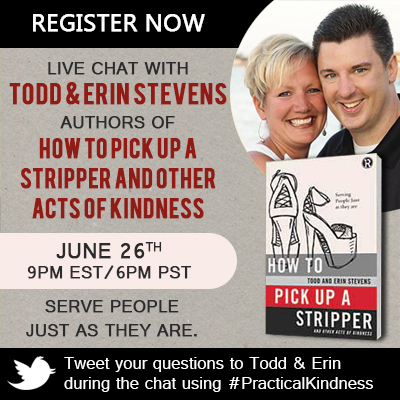 How do you feel God calling you to serve others? Have you asked Him to open your eyes to see the needs around you? How do you need to restructure your calendar in order to be more available for servant evangelism opportunities? Come join the conversation on our blog! We would love to hear your thoughts about sharing God’s love! ~ Devotionals Daily 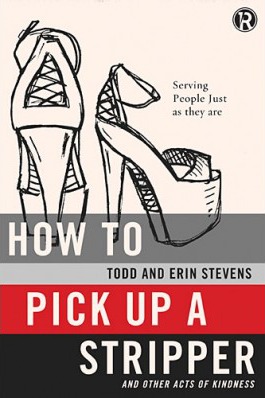