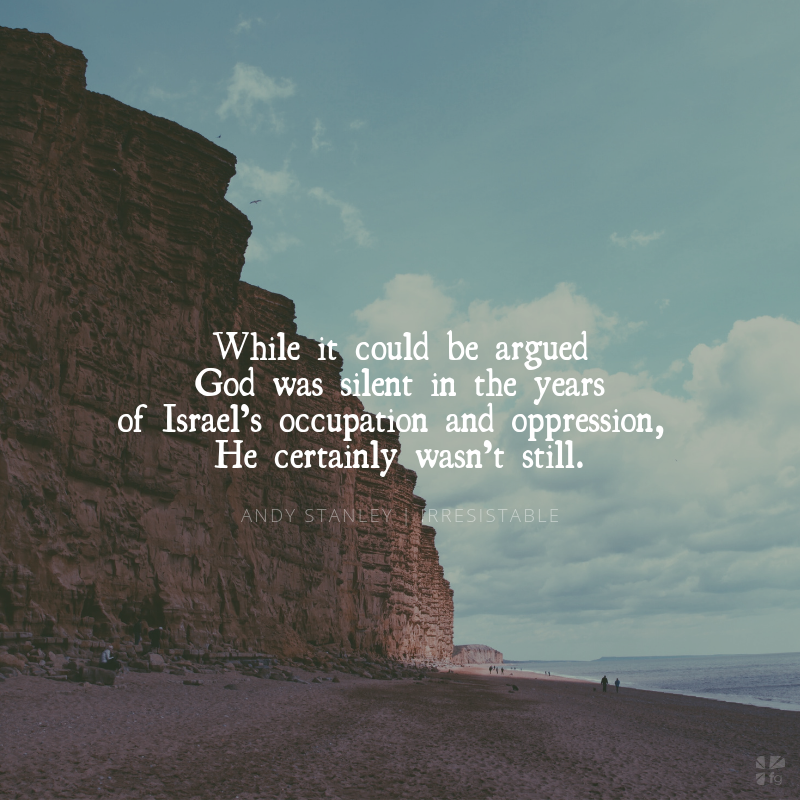 Modern Bible readers see Jesus as an extension of the Jewish Scriptures, our Old Testament. Jewish leaders in Jesus’ day didn’t see Him as an extension or fulfillment of anything… From their vantage point, Jesus was introducing something new. On this, they were correct. ~ Andy Stanley

A quick reading reminder before you dive in:

Session 1 covers material from the Introduction to Section 1 and the first five chapters in Irresistible:

Before playing this session’s video, have a group member read the following:

The decline of Christianity in America, the popularity of the New Atheists, and the meteoric rise of the nones underscore something that’s been true for generations but didn’t matter much until now. Modern, mainstream Christianity is fatally flawed. These flaws make it fragile and indefensible in the public square… The way forward is not complicated, though some will find it controversial. It’s not original with me. It’s hidden in plain sight in the Gospels and the epistles of Paul. We know it works because it already worked. Once upon a time, members of a Jewish cult called The Way, against all odds, captured the attention and, ultimately, the dedication of the pagan world, both inside and outside the Roman Empire. So perhaps we need to hit pause on much of what we’re doing today — which isn’t working all that well anyway — and take notes from the men and women credited with turning the world upside down.

As you watch Session 1 of the video, feel free to take notes.

Why doesn’t everyone in America go to church?

What first-century Christians knew that we don’t

Jesus as greater than the temple

“But all the cool kids have kings…”

Purpose of the prophets

Silence, and then the Messiah

Cover as many of the following questions as time and group interest permit.

This study’s subtitle refers to reclaiming something we as believers once had. What do you think that thing was that kept the early church from being derailed by issues such as these?

The holy of holies was like a beautiful, ornately designed frame without a picture. This was why Israel didn’t need a temple to begin with. The distinguishing characteristic of Judaism was not the design of their temple. It was the lack of an image representing their God. Images were strictly forbidden in Judaism. As we discovered earlier, this particular prohibition was one of the Big Ten.

The notion of worshiping an image or idol is so foreign to us that an empty idol chamber doesn’t strike us as odd. But in ancient times, the very opposite was true.

Remind the group of the “Between Sessions” material that follows, offer a closing thought or prayer based on the quote below, and then dismiss Session 1.

While it could be argued God was silent in the years of Israel’s occupation and oppression, He certainly wasn’t still. ~Andy Stanley

Come share your thoughts on Irresistible on our blog. We want to hear from you!