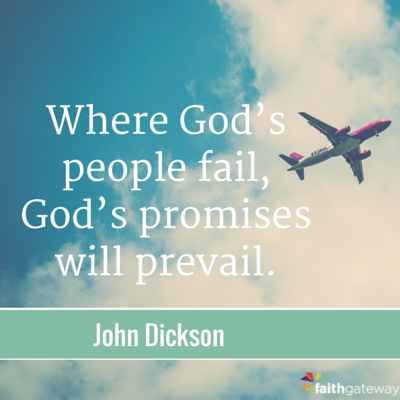 Failures of the Kings

Quite unlike any national history of antiquity that I know of, the Old Testament writers almost delight in telling you how sinful their nation is and how sinful their heroes and kings are, and yet how merciful God is toward the nation. I have never seen this approach to historical writing in anything I’ve come across in the literature of Egypt, Babylon, Greece, or Rome. But these are the twin themes of the rest of the Old Testament: the failure of even the best of God’s people and the patient love of God himself.

We see the kings of Israel, and the nation itself, flip-flopping between periods of partial obedience and longer periods of disobedience, injustice, neglect of the poor, the worship of idols, and so on. The spiral of wrongdoing culminates in the tragic downfall of Israel. In 722 BC the north of Israel (usually just called “Israel”) collapses under the Assyrians, and in 586 BC the south (called “Judah”) is conquered by the Babylonians.

The biblical perspective is that these are not mere sociopolitical events; they are God’s discipline of His own wayward people. The Old Testament puts this in no uncertain terms. At the close of the royal period (from 1000 BC to 586 BC) we read:

All this took place because the Israelites had sinned against the Lord their God, who had brought them up out of Egypt from under the power of Pharaoh king of Egypt. They worshiped other gods and followed the practices of the nations the Lord had driven out before them, as well as the practices that the kings of Israel had introduced… The Lord warned Israel and Judah through all His prophets and seers: “Turn from your evil ways. Observe My commands and decrees, in accordance with the entire Law that I commanded your ancestors to obey and that I delivered to you through my servants the prophets.”

But they would not listen and were as stiff-necked as their ancestors, who did not trust in the Lord their God… They forsook all the commands of the Lord their God and made for themselves two idols cast in the shape of calves, and an Asherah pole. They bowed down to all the starry hosts, and they worshiped Baal. They sacrificed their sons and daughters in the fire. They practiced divination and sought omens and sold themselves to do evil in the eyes of the Lord, arousing His anger.

So the Lord was very angry with Israel and removed them from His presence. Only the tribe of Judah was  left, and even Judah did not keep the commands of the Lord their God. They followed the practices Israel had introduced. Therefore the Lord rejected all the people of Israel; He afflicted them and gave them into the hands of plunderers, until He thrust them from His presence. — 2 Kings 17:7-20

Four hundred years of royal history in four paragraphs — that’s how the Bible describes the demise of Israel.

And it sounds a lot like Adam in the garden, as many have pointed out. Adam was given a beautiful strip of land and was told to obey God’s law. When he defied the Almighty, he was expelled, exiled, from the garden and from the presence of God. Adam’s story is a preview of the story of Israel, a nation in exile, thrust from the Promised Land for defying God’s good law.

Watch the Video: A Doubter’s Guide to the Bible

Promises of the Kingdom

But alongside this terrible theme of the spiral of disobedience and judgment stands the other great theme. Through this whole period of disobedience, the prophets mentioned in the passage above not only warned of Israel’s judgment, but they also promised restoration, a return from exile, and the establishment of David’s eternal kingdom. This is what the next two hundred or more pages of the Old Testament are about, the writings of the prophets — Isaiah, Jeremiah, Ezekiel, Joel, Amos, and the rest.

The writings of the prophets record both warnings of judgment and promises of renewal. In short, the prophets said, “You’re disobedient, but God’s love will not be taken away. The kingdom will be established. Your sin cannot triumph over God’s promises of grace.” (I would say this is the punch line of the entire Old Testament: mercy trumps sin).

According to the prophets, out of the rubbish heap that was Israel in the sixth century BC, a descendant from Jesse, the family name of David, would come the Messiah — now with a capital “M.” The prophet Micah speaks of a ruler from Bethlehem:

But you, Bethlehem Ephrathah, though you are small among the clans of Judah, out of you will come for me One who will be ruler over Israel, whose origins are from of old. — Micah 5:2

Five hundred or so years later, of course, the Gospels would say that Jesus, the descendant of David, was born in lowly Bethlehem.

From around 700 BC, another famous prophet, Isaiah, looked forward to a “great light” that would emerge not from down south in Bethlehem but up north in Galilee. The light was a Person, we’re told, a “Prince of Peace,” whose rule will know no end and no bounds:

The people walking in darkness have seen a great light; on those living in the land of deep darkness a light has dawned… For to us a child is born, to us a son is given, and the government will be on his shoulders. And He will be called Wonderful Counselor, Mighty God, Everlasting Father, Prince of Peace. Of the greatness of his government and peace there will be no end. He will reign on David’s throne and over His Kingdom, establishing and upholding it with justice and righteousness from that time on and forever. — Isaiah 9:2-7

The Lord of the world will come from Galilee. It is worth pausing to ponder how unlikely a promise this really is. Galilee was the region recently (from Isaiah’s perspective) destroyed and repopulated with Gentiles — non-Jews — and, as the centuries rolled on, the region continued to be the butt of jokes and insults, despite this prophetic forecast. Can anything good come out of Galilee? it was sometimes asked. As is well known, seven hundred years later Jesus’ home district was Nazareth of Galilee, and the majority of His ministry was conducted throughout the towns of Galilee.

A couple of chapters later, Isaiah speaks once again of this omni-powerful descendant of David, the Messiah with a capital “M”:

A shoot will come up from the stump of Jesse [David’s family], from his roots a Branch will bear fruit. The Spirit of the Lord will rest on Him [an “anointing”] — the Spirit of wisdom and of understanding, the Spirit of counsel and of might, the Spirit of knowledge and fear of the Lord — and He will delight in the fear of the Lord. He will not judge by what He sees with His eyes or decide by what He hears with His ears, but with righteousness He will judge the needy, with justice He will give decisions for the poor of the earth… In that day the Root of Jesse will stand as a banner for the peoples; the nations will rally to Him. — Isaiah 11:1-10

Especially significant is the mention of the “nations” in this prophecy. It may seem a long time ago (in this book, and in the Old Testament itself) that the promise to Abraham emphasized how

all peoples on earth will be blessed through you. — Genesis 12:3

but ancient prophets like Isaiah never forgot that God’s dealings with their little nation would (one day) have huge implications for the entire world. Not only will Israel return from its exile, but “the nations will rally” around a descendant of Abraham and of David, the Anointed One.

To this day, our Orthodox Jewish friends await this descendant of David who will rule the nations in justice and peace. A traditional Jewish daily prayer from the Siddur, the Jewish prayer book, reads:

Have mercy, our God, on Israel Your people; on Jerusalem Your city, on Zion the resting place of Your Glory, on the monarchy of the house of David, Your Messiah” (Rahem, Third Blessing after Meals).

All of this reveals the scandal at the heart of the New Testament, which will identify Jesus of Nazareth as this long-awaited Messiah.

As we come to the end of our treatment of the Old Testament, let me summarize its message in a nutshell.

Put simply, the Old Testament assures us that where sin abounds, grace abounds all the more.

God’s people, the Old Testament says again and again, need a deliverer sent from God. They need a perfect Messiah. And God in His love will do just that. Through this descendant of David the spiritual, social, and physical aspects of our existence, established in Eden and temporarily recaptured in Israel’s Promised Land, will be restored and fully realized. That is what the New Testament is about.

Excerpted with permission from The Doubter’s Guide to the Bible by John Dickson, copyright Zondervan.

Isn’t it like our God to highlight the failures of His own people — even us today? He uses our biggest mistakes, sins, inadequacies, and brokenness to show His glory. What a relief it is that we don’t have to be perfect, we don’t have to succeed every time, and we don’t have to only show our “good side”. God wins every time whether or not we do. How have His promises prevailed in your life? Come join the conversation on our blog! We want to hear from you.