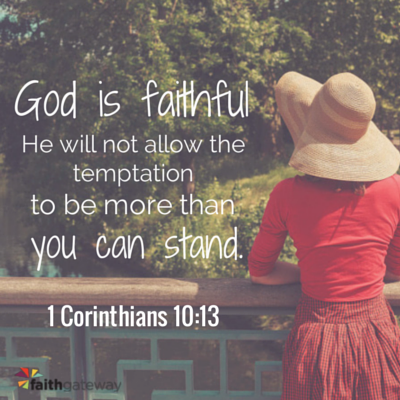 In the spring, at the time when kings go off to war, David sent Joab out with the king’s men and the whole Israelite army… But David remained in Jerusalem.

One evening David got up from his bed and walked around the roof of the palace. From the roof he saw a woman bathing. The woman was very beautiful, and David sent someone to find out about her. – 2 Samuel 11:1-3

Here David was at the wrong place at the wrong time. As king, he should have been at war alongside his men. Unable to sleep (perhaps a guilty conscience?), David walked around the roof of his palace home. We read that “he saw a beautiful woman bathing.” Rather than turning away, he clearly paused to admire her beauty. Already the husband of six wives, David nevertheless “sent someone to find out about” the woman he had seen. Another bad idea, David.

When you pause at the threshold of sin, turn away rather than stepping across it.

The man said, “She is Bathsheba, the daughter of Eliam and the wife of Uriah the Hittite.” Then David sent messengers to get her. She came to him and he slept with her. Then she went back home and sent word to David, saying, “I am pregnant.” – 2 Samuel 11:3-5

Sometimes the momentum created by one false step is too strong for us to stand against – at least in our own limited human power.

We may be able to do nothing to stop the downward movement. But sometimes we can put the brakes on.

Did David have to send someone to find out who the beautiful woman was? No. But once David learned she was the wife of Uriah, why didn’t that red flag stop him? This information didn’t serve as a wake-up call to David or prompt even a slight twinge of conscience.

The kind summoned, the woman went, “he slept with her”, and “she conceived.” David had completely ignored the red flags.

God is faithful: He will not let you be tempted beyond what you can bear. But when you are tempted, He will also provide a way out so that you can endure it. – 1 Corinthians 10:13

Excerpted with permission from The Story Devotional, copyright Zondervan 2014.

When you look at David’s choices with Bathsheba, or those of a friend who made a series of terrible decisions, or look back on your own life when you went way off the mark, don’t you wish those red flags had been heeded so the pain that followed could have been avoided? What red flags are waving in your life today? What tempting threshold do you need to turn away from and even run as fast as you can away from? Take some time today to ask the Holy Spirit for help to bear temptation and say no and ask the Lord for that divine way out that He promises in 1 Corinthians 10:13. ~ Devotionals Daily