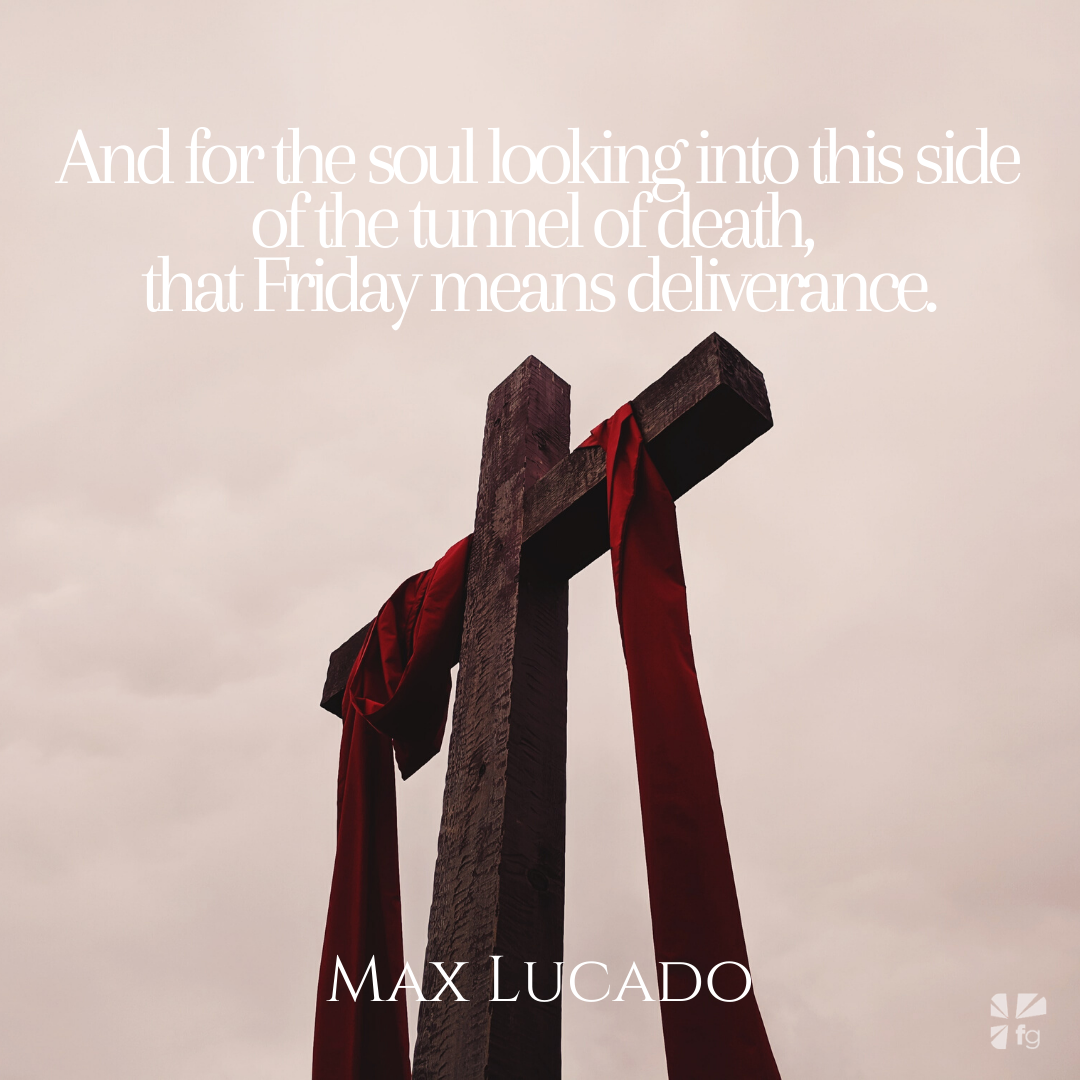 He was uneasy. He had been since noon.

It wasn’t the deaths that troubled him. The centurion was no stranger to finality. Over the years he’d grown callous to the screams of the crucified. He’d mastered the art of numbing his heart. But this crucifixion plagued him.

The day began as had a hundred others — dreadfully. It was bad enough to be in Judea, but it was hell to spend hot afternoons on a rocky hill supervising the death of pickpockets and rabblerousers.

Half the crowd taunted, half cried. The soldiers griped. The priests bossed. It was a thankless job in a strange land. He was ready for the day to be over before it began.

He was curious at the attention given to the flatfooted peasant.

He smiled as he read the sign that would go on the cross. The condemned looked like anything but a king. His face was lumpy and bruised. His back arched slightly and his eyes faced downward.

“Some harmless hick,” mused the centurion. “What could he have done?”

His eyes were strangely calm as they stared from behind the bloody mask. He looked at those who knew Him — moving deliberately from face to face as if He had a word for each.

For just a moment He looked at the centurion — for a second the Roman looked into the purest eyes he’d ever seen. He didn’t know what the look meant. But the look made him swallow and his stomach feel empty. As he watched the soldier grab the Nazarene and yank Him to the ground, something told him this was not going to be a normal day.

Even the priests were silenced.

For a long while the centurion sat on a rock and stared at the three silhouetted figures. Their heads were limp, occasionally rolling from side to side. The jeering was silent… eerily silent. Those who had wept, now waited.

Suddenly the center head ceased to bob. It yanked itself erect.

Its eyes opened in a flash of white. A roar sliced the silence. “It is finished.” It wasn’t a yell. It wasn’t a scream. It was a roar… a lion’s roar. From what world that roar came the centurion didn’t know, but he knew it wasn’t this one.

The centurion stood up from the rock and took a few paces toward the Nazarene. As he got closer, he could tell that Jesus was staring into the sky. There was something in His eyes that the soldier had to see. But after only a few steps, he fell. He stood and fell again. The ground was shaking, gently at first and now violently.

He tried once more to walk and was able to take a few steps and then fall… at the foot of the Cross.

He looked up into the face of this one near death. The King looked down at the crusty old centurion. Jesus’ hands were fastened; they couldn’t reach out. His feet were nailed to timber; they couldn’t walk toward him. His head was heavy with pain; He could scarcely move it. But His eyes… they were afire.

They were unquenchable. They were the eyes of God.

Perhaps that is what made the centurion say what he said. He saw the eyes of God. He saw the same eyes that had been seen by a near-naked adulteress in Jerusalem, a friendless divorcée in Samaria, and a four-day-dead Lazarus in a cemetery. The same eyes that didn’t close upon seeing man’s futility, didn’t turn away at man’s failure, and didn’t wince upon witnessing man’s death.

The centurion’s convictions began to flow together like rivers.

“Surely this Man was the Son of God.”

Six hours on one Friday. Six hours that jut up on the plain of human history like Mount Everest in a desert. Six hours that have been deciphered, dissected, and debated for two thousand years.

What do these six hours signify? They claim to be the door in time through which eternity entered man’s darkest caverns. They mark the moments that the Navigator descended into the deepest waters to leave anchor points for His followers.

What does that Friday mean?

For the life blackened with failure, that Friday means forgiveness.

For the heart scarred with futility, that Friday means purpose.

And for the soul looking into this side of the tunnel of death, that Friday means deliverance.

What do you do with those six hours on that Friday?

On this Good Friday we hope you will take the time and remember the great sacrifice and suffering that Jesus went through to defeat our sin and death. Share with us ways you commemorate what Jesus did on Good Friday on our blog below.  ~ Devotionals Daily