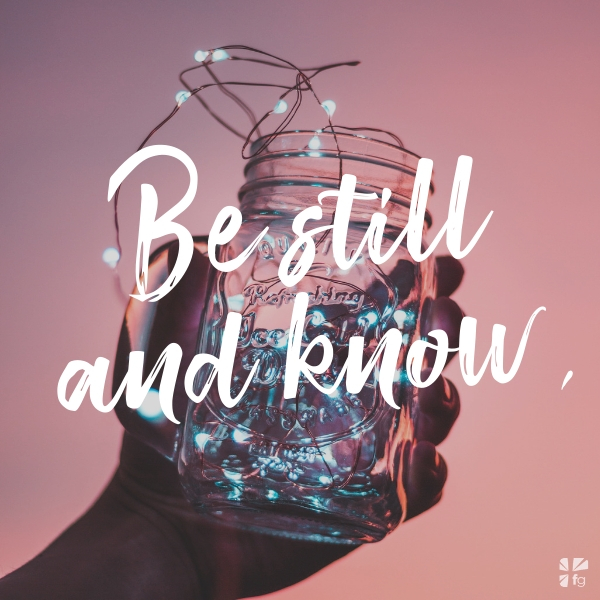 I hid under the covers for an extra ten minutes, not ready to face the day. The same familiar dread weighed on me like it did every morning — there’s too much to do, I’ll never make it, I should have gotten up an hour ago.

Reluctantly, I reached for my phone on the bedside table.

This was week one of our new bedtime.

It was doctor’s orders, after all. He had quizzed Jon on our sleep patterns and quickly determined that we failed. Our usual bedtime landed around 2:00 a.m., and then we’d be up and moving just a few hours later.

There was just so much to do. Going to bed felt irresponsible. If our eyes could stay open, so should our laptops.

The doctor didn’t agree. No, it was not irresponsible to go to bed earlier. In fact, he told us that not only was our current schedule irresponsible, it was also wildly unhealthy. Rude, I thought. But desperate times and all. So early to bed we went.

And here, one week in, it was going so-so.

There were a few problems. To start with, I didn’t want to go to bed early. I loved those late night hours because sometimes they were the only ones Jon and I spent together. I didn’t care if we were both glued to our screens — we were in the same room and I was happy. When Jon would pipe up and say, “We should go to bed,” I was instantly annoyed. But for the sake of his health, I’d pry myself out of my cozy white armchair and set my tea mug in the sink.

Another problem was the same thing that prompted me to wake up at 11:30 p.m. to start my day: our bodies weren’t used to such luxurious amounts of rest. We’d trudge upstairs around 9:30 or 10 like real adults (and by that I mean it made us feel old) to get in bed. It just seemed so wrong. Some nights I’d fall asleep only to wake up disoriented a few hours later. Other nights I’d lay awake for hours feeling frustrated.

But the real problem, and the one that proved to be the most difficult to overcome, was that it felt counterintuitive to give up productive hours in order to reduce stress. How would we be healthier, happier, and breezier when our to-dos piled up and our inboxes overflowed? What advice did this doctor have for managing the impending chaos when we stopped putting in so much effort? Didn’t he know that the world had problems to solve, we had causes to fight for, and there already wasn’t enough time to do all that needed to be done?

As Christians, we’re called to heal the world, care for the broken, love our family and neighbors, work to restore the earth, restore justice, and restore peace. We take it seriously.

God doesn’t ask or need us to save the world; He’s got that covered — He asks us to come alongside His work, His movement, His efforts here.

We’re not asked to shoulder the burden of a broken world — we get to be a part of something beautiful and meaningful. We can do our part, and trust that an all-powerful God will hold the world in His perfect love.

In Luke 8, Jesus and the disciples set sail to spread the good news in a nearby city, and Jesus promptly falls asleep aboard the ship. A storm breaks out — Jesus keeps snoozing. When the disciples wake Him in a panic, Jesus is less than impressed. After telling the storm to knock it off, He turns to the disciples and asks,

They didn’t need to be worried — it was under control.

The ship arrives safely and when Jesus steps ashore He is immediately greeted by a naked, demon-possessed man shouting at Him. After casting the demons into a herd of pigs He is then almost crushed by the clamoring crowd, heals a sick woman, and raises Jairus’s daughter from the dead. I guess it’s a good thing He got some rest, right?

Unfortunately, we’re often not like Jesus, but much more like the disciples. We’re afraid of the wind and waves of life. We’re afraid we’ll never meet our goals, we’ll be knocked off course, fall short of our destination. So we panic and worry and scramble — all the while, Jesus rests soundly, knowing that God is in control.

When I picture the disciples frantic, scared for their lives, I know this is me lying in bed awake in a panic over all that is undone from the day, all that’s before me tomorrow. The storm is swirling and there is no way I’m going to sleep through it. The Bible tells us to cast our cares on the Lord (1 Peter 5:7), but my middle-of-the-night prayers are less casting my cares and more clinging to them. As if my worrying alone will help everything be all right.

It requires faith to close your laptop and go to bed when you’re giving your all to a project you believe in. It takes faith to drop some activities to guarantee a solid night’s sleep when you’re not sure what the repercussions will be. It takes faith to snuggle into the covers while the outside world whirs and spirals and creaks and groans.

Let’s choose to have faith, and get the rest our bodies and souls so desperately need. Let’s follow Jesus’s example, sleeping soundly in spite of the raging storm, because we know God is in control. And let’s be still, because we know that He is God.

Excerpted with permission from The Bright Life by Jen Wise, copyright Jen Wise.

Are you getting a full-night’s sleep every night? Or does that feel irresponsible with all the work you have to do or with all the stress on your plate? What happens when you consider that Jesus modeled rest? Come share with us on our blog. We want to hear from you about wrapping up the day when everything isn’t done and getting some needed rest anyway! ~ Devotionals Daily