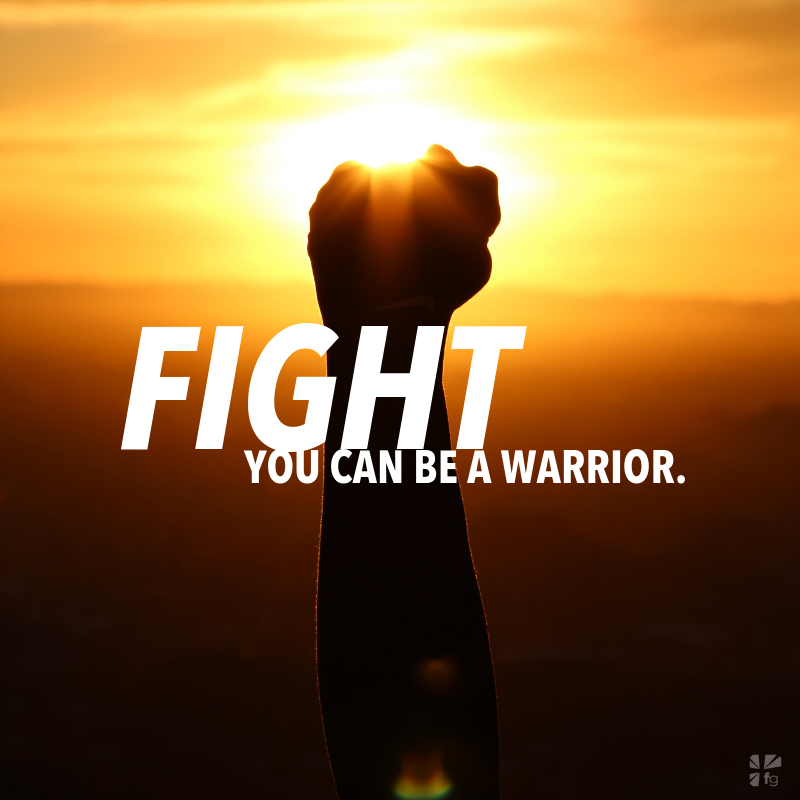 If you were to write a list of things worth fighting for, what would that list include?

We fight for our job. The fight may be to keep our job, or to advance to the next level.

We fight for our wife and children. We are sensitive to criticism and insults, but if someone tries to harm them, we move into fight mode.

We fight for our possessions. “Don’t mess with my stuff,” seems to be to be the mantra of our day. We even fight for things we don’t really need. They are ours, so leave them alone.

Do we fight for our Lord? God is under attack in today’s world. Our present culture has emboldened those who want to attack our faith. But, do we stand and fight when those attacks occur around us?

Craig Groeschel believes that there are times Christians should stand and fight. To understand more of what he means, follow the study we have provided here. The rest of the study can be found on StudyGateway.com. ~ Fred Bittner, FaithGateway Bible Study

I see in Fight Club the strongest and smartest men who’ve ever lived. I see all this potential, and I see squandering. An entire generation pumping gas, waiting tables, slaves with white collars. Advertising has us chasing cars and clothes, working jobs we hate so we can buy stuff we don’t need. We’re the middle children of history, man. No purpose or place. We have no Great War. No Great Depression. Our Great War’s a spiritual war… our Great Depression is our lives.

Play the video segment for Session 1. Use the outline below to help you follow along with the main points, filling in the blanks in your study guide as you go. Jot down any insights or questions for discussion.

Two Principles for Being a Warrior:

Two Ways You May Have to Fight:

Stand against injustice, stand up for the weak, fight in prayer, leave a job that’s hurting you spiritually, or walk away from a woman who is not your wife.

Take time to discuss what you just watched.

How does the challenge of Nehemiah 4:14 line up with or contradict those who influenced you as a boy and shaped your early character?

Describe an early time in your life when you saw your own warrior heart coming out.

Jesus said in Matthew 10:34 that He “didn’t come to bring peace but a sword.” Yet Jesus is called “the Prince of Peace” in Isaiah 9:6. What kind of “peace” does Jesus not bring, and what kind of peace is He the prince of?

Knowing we are susceptible to picking the wrong battles, describe a time when you fought against the wrong thing. What price did you pay for that mistake?

What is difficult for you personally when you have to engage in that kind of fight?

Looking back over these scriptural examples of God – commanded initiative and risk-taking, what might be the role of “peace that passes understanding” (Philippians 4:7) in each situation?

Virtually everyone who takes on a fight thinks he is right. Yet we’re all human, and too often, we are blind to our own arrogance or self-serving agenda. As Dallas Willard observed, “It is extremely difficult to be right and not hurt anybody with it” (quoted in God Is Closer Than You Think, by John Ortberg, page 148). Seeing as that is true, how can we take on a challenging fight without allowing ourselves to be blinded to the possibility we may be in the wrong fight, or fighting in the wrong way?

Who is a good example of a godly fighter that you know or read about, and what makes that person worthy to be emulated?

You’re already in a fight, whether you know it or not. Your spiritual enemy wants to take you out. He’s a master at making strong men weak. Sometimes he does that by making us comfortable, secure, and safe, resigned to a mediocre life because it’s familiar and doesn’t require much from us. Is that really how you want to live? – Fight, page 27

With what “cares of this world” or “deceitfulness of riches” (Matthew 13:22) do you struggle? What steps can you take to overcome their stifling influence?

If you watched a movie about a guy who wanted a Volvo and worked for years to get it, you wouldn’t cry at the end when he drove off the lot, testing the windshield wipers. You wouldn’t tell your friends you saw a beautiful movie or go home and put a record on to think about the story you’d seen. The truth is, you wouldn’t remember that movie a week later, except you’d feel robbed and want your money back. Nobody cries at the end of a movie about a guy who wants a Volvo. But we spend years actually living those stories, and expect our lives to be meaningful. The truth is, if what we choose to do with our lives won’t make a story meaningful, it won’t make a life meaningful either. — Donald Miller, A Million Miles in a Thousand Years

What about your life makes “the story of you” meaningful?

What fight are you avoiding that — if you really and truly engaged in it — would turn your life into a story worth telling for generations to come?

Come join the conversation on our blog! We would love to hear from you about what issues, relationships, and battles in your life are waiting for you to engage in the fight!