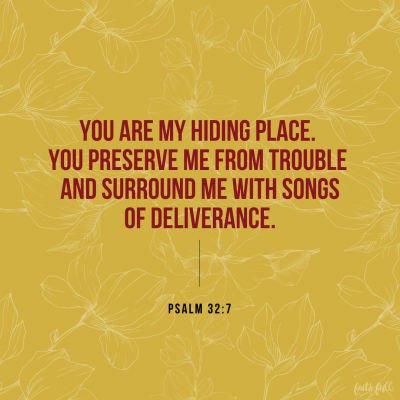 Editor’s note: Some books inspire, some instruct, some come alongside to say “me too”, and some are just fun to read. This one, Good Apple,  is a little bit of all-of-the-above. Enjoy this far too brief excerpt.*

When I get to Heaven, right after I take inventory of which Jewish relatives were saved by the Do-Over and confirm I never again have to wear a bra, praise Jesus, I’m going to have a talk with God about bedtime.

“Hi. I’m so glad to be here,” I imagine I’ll say. “And, granted, this feels a little insignificant now, given our surroundings, and I hate to harp on something that happened on earth, since there’s a no-sadness and probably a no-holding-grudges policy here,” I’ll continue. “But I really need to understand why kids are so hard to put to bed.”

At this point, I don’t know. Does God embrace me into a warm, cedar-scented cloud, and I understand, without a word being uttered, the purpose of all human suffering? Does he show me an ancient text that reveals the one small step that parents throughout all of history have overlooked, the key to making kids fall asleep easily and stay in their beds all night? Is Sandra Boynton there?

I can sense it’s going to be big news. Should I get there before you and can somehow send word down, I will. Until then, unfortunately, I’m going to have to suck it up. You are too. Because unless you are one of the two people who tell me their children drift off with nothing more than a kiss on the forehead — and I firmly believe those two people are liars — then you know what it’s like to cry helplessly on the floor of a hallway while one of your kids says yes, yes, he’ll definitely fall asleep if you just stick your pinky finger under the door and let him hold it while you both softly sing the chorus of “Firework” by Katy Perry.

Back when magazines were still flush with advertisements and money, Real Simple, where I freelanced most often, put out special issues throughout the year — bonus, themed editions separate from their normal monthly issues. There was Real Simple Travel and Real Simple Food, but the special issue that got the most traction and installments was Real Simple Family, where we devoted a hundred or so pages in each one to parenting solutions and sippy cup test-drives. One story I remember specifically was a compilation of tips from experts who had all been asked a version of the same question: “If you could give one piece of advice to parents, what would it be?” Reading specialists offered tips on raising bookworms. Child psychologists said we shouldn’t stress out about milestones or potty training. A middle-school teacher said something I’ve never forgotten, which was to “eat the frog” when it came to homework, meaning you should always encourage your child to tackle the hardest thing first. It is truly excellent advice that applies to much of adult life. But the subject that came up the most was sleep. One therapist said, “If you read one book, make it a sleep book, and do it before the baby is born, because afterwards, you’ll be too tired.” A pediatrician gave us four or five juicy quotes, and every single one was about sleep training. These sources spoke with the urgency of people who had just tunneled out of prison and were now explaining to the guy behind them the best way to carve at plaster walls with a dull spoon. At the time, I was married but had no children. It seemed a little strange to me that everyone was talking about sleep, but what did I know?

When I was little, bedtime unleashed a whole host of lunatic tendencies in me. I’ve heard that elderly men and women with dementia or Alzheimer’s experience something called sun-downers, where they act a little bizarre around the time the sun sets. (According to my aunt Patti, who witnessed it, my maternal grandmother, Nana — who had dementia — once lowered herself to a mattress on the floor and then stood straight up from a squatting position, even though during the day, she was too frail to get up from a chair on her own.) That’s sort of what happened to me as a kid; every menacing thought that I’d beat back during the day would leap front and center at bedtime, and I’d do or say anything to avoid going to sleep in my own bed. One of my parents would have to lie with me, and I would put the tip of one of my fingers on one of their arms or the top of my big toe on a calf, just barely enough contact to know if they tried to slip out of my bed before I was asleep. “I’m not asleep yet!” I’d scream, if I felt their forearm move a millimeter away from my fingertip. If I woke up in the middle of the night, I’d sprint — sprint — down the stairs and the back hallway of our house and climb into their bed, my heart beating so hard that I could feel the springs in the mattress vibrate underneath me. More often I just slept with my sister, my patient and long-suffering sister, in the full-size bed in her room. When she had a sleepover — this is how nuts I was — she and her friends would sometimes sleep in my room, because I had a queen-size bed, and I was so desperate to be in the same room that I would fold myself into my baby crib, which was still in a corner of my room serving as stuffed-animal storage. I was probably six or seven at the time.

I was scared of things that made no sense: volcanoes (I insisted that they could spontaneously erupt under Memphis, even though my parents tried to explain that volcanoes only erupt where there is already an existing volcano), Spiderman (don’t ask), and Nazis. The Nazi thing started after an ill-advised viewing of the movie Red Dawn with my dad, who let me watch a lot of scary movies with him when my mom wasn’t paying attention. In hindsight, this might have been part of the problem. The World War III plotline of Red Dawn got mashed up in my head with Anne Frank, and I became convinced that, in the event of a World War III, my sister and I would be taken to a concentration camp with our dad, because he was Jewish, but that our mom would be free, presumably living in Bermuda without a care in the world. The only thing that helped me go to sleep was my mother sitting by my bed, stroking my arm, and promising me over and over that if World War III broke out, she would go to the concentration camp with us. I’m telling you, it was bats in the belfry.

The first Bible verse I ever memorized was Psalm 32:7:

You are my hiding place. You preserve me from trouble and surround me with songs of deliverance.

I’m sure my mother thought this would bring me comfort at night and release her from lying in bed with me. Sometimes, it did. I’d imagine angels perched at the four corners of my bed, like glowing sentries, or else an enormous hand of God, like the hand of the BFG in my illustrated copy, which would curl around me and shut out the world. Then I would get out of my bed, lift the blue-and-white flowered dust ruffle to peek under the bed, just to make sure there wasn’t a murderer hiding there, hop back up, lie down, pull my hair over my exposed ear,* and eventually fall asleep. To this day, if Michael is out of town, I sleep with the television on all night long. It has to be a news channel; otherwise, I might wake up to a B-rate horror movie on TBS at 3:00 a.m.

Given my own atrocious ability to fall asleep as a child, you’d think I would have empathy for my children’s struggles. Nope. It doesn’t seem fair, I realize, but it’s as if, now that I am forty-three years old and the adult in the room, a switch has flipped. The blinders are off. I can see the irrational fears as nonsense, and I can’t abide the nonsense, because I need everyone to go to sleep as soon as humanly possible.

I should show solidarity. You have an all-night-C-SPAN habit, I tell myself. You’re no different from them. I should try to channel my mother, who selflessly endured countless conversations about magma and Hitler. I should read my children scripture that would help them rest in the giant palm of the BFG. I should do a lot of things. But none of it comes naturally to me.

The time of day is the biggest hurdle. Not to suggest that my children are calm and cooperative at all other hours of the day —  far from it — but why does their need become greatest at night, when I am holding it together with the strength of a newborn kitten? All day long there are drip, drip, drips into my emotional bucket. Arguments about clothes or breakfast in the morning, fights with siblings on the walk home from school, a thousand tiny questions while I’m trying to cook dinner or go to the bathroom in peace, fill the bucket. By the time we get to 7:00 p.m., the bucket is full. One more pushback, one more plea for something I’ve already said no to, and that’s it. Everything is going to overflow. I hear friends say that bedtime is just the sweetest time, and I want to barf. “Putting my kids to bed, we have the most precious conversations about their days. It’s when the best stuff comes out!” they’ll say. Is the best stuff barf? Because, barf. I heard a very wise Bible teacher, Paul David Tripp, once say that we as parents are the hands and feet of Jesus for our children on earth. When they are playing instead of going to sleep or whining instead of settling down, we can storm back in anger, he said, or we can be the hands and feet of Jesus. We can show mercy and gentle correction and safety and love.

I don’t need to tell you that I’m not the hands and feet of Jesus at bedtime — the witch from Tangled, maybe.

Have I prayed with my children, you might ask? Have I prayed for them? For restful minds and bodies? For deliverance from evil and volcanoes? Yes, I have. And still, here are some highlights of our sleep drama over the past ten years:

When James eventually stops coming into our bed, it’ll be Sam’s turn. Sam, who last night was awake, screaming his head off, from midnight to 2:00 a.m. He’s either teething or growing horns.

Where was I? I’m very tired. Oh, prayer.

I hope you laughed. I did! Mostly because I remember those days so well! Jesus does hear our mama prayers, doesn’t He… the ones from the floor outside our kids’ room with our fingers under the door for the clinging one who won’t sleep. Jesus loves the mamas! ~ Laurie McClure, Faith.Full