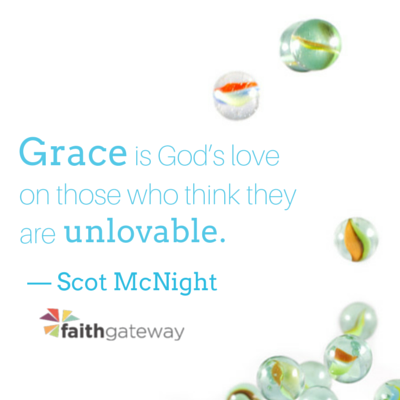 The Man not only despised Christians, he sought to eliminate them. He began with threatening emails to some Christians he knew; then, under a bogus name, he opened a website where he pumped out vicious accusations and fierce warnings. Some in the community begged Christian family members to abandon their faith and the church.

The Man occasionally beat up a Christian or two when he knew no one was watching, but he also knew the authorities would not come to their aid if they noticed his abuse. His religiously informed and passionate pleadings with the police coaxed the powers to his side. The police began their surveillance, and some devout believers were brought in for questionings and threatened with danger to their families and life imprisonment or worse.

Some Christians were tortured, and rumors began to circulate that a young Christian leader had been killed to set an example. Fear struck the Christian communities, and their fear fed The Man’s fury into further abuse.

No, The Man is not a modern day Muslim.

No, The Man is not a terrorist.

No, The Man is not an Iron Curtain Lenin or Stalin.

No, The Man is not an Idi Amin, or a Robert Mugabe, or an apartheid supporter, or a secretive sleuth or drug lord.

That Man is the apostle Paul, and I simply updated him to illustrate how persecution occurs in our world today.

Paul was Enemy #1 to the first Jewish Christian community’s faith. They all agreed Paul was an enemy of God, of Christ, of the Spirit, of the Christians.

But God drew That Man away from persecuting zeal into the church. Paul’s zeal for the Torah became a zeal for the Messiah. That transformation is grace.

Maybe you’ve not read Paul’s story enough to know the details, but Paul once left Jerusalem under orders from Caiaphas, the high priest, to arrest Christians. He was successfully carrying out those orders when God stepped into his life and transformed him. Remarkably, Paul returned to Jerusalem three years later as a defector from his former rabbi’s ways and as a convert to Jesus’ ways. Ever wonder what Caiaphas or Paul’s famous majordomo rabbi, Gamaliel, thought of their former comrade and student who was now a follower of Jesus? How did those in Paul’s former circles describe what had happened to him? That didn’t matter to Paul, who was so overwhelmed by God’s grace; he no longer cared what they thought.

Paul knew he was in a place called grace.

Grace is the opening word that tumbles out of Paul’s mouth.

But there’s more to grace. Grace is both a place and a power.

Grace is God unleashing His transforming power.
Grace realigns and reroutes a life and a community.
Grace is when you turn your worst enemy into your best friend.
Grace takes people as they are and makes them what they can be.
Grace ennobles; grace empowers.
Grace forgives; grace frees.
Grace transcends, and grace transforms.

Grace turns a Christian-baiting, Torah-loving Pharisee such as the apostle Paul into a Christian-loving, Christ-following apostle. One of my favorite lines in the whole Bible is found at the end of the first chapter of Galatians:

The man [Paul] who formerly persecuted us is now preaching the faith he once tried to destroy. – Galatians 1:23

As The Man himself claimed,

I was just as zealous for God as any of you are today. I persecuted the followers of this Way to their death, arresting both men and women and throwing them into prison. – Acts 22:3-4

Toward the end of his life he uses three terms for his pre-Jesus days: “I was once a blasphemer and a persecutor and a violent man.” But the next words explain the transformation:

If we were to sum up Paul’s life in three words it would be these:

Excerpted with permission from A Fellowship of Differents by Scot McKnight, copyright Zondervan, 2015.

Have you examined scriptures about Paul’s treatment of Christians in light of the current persecution of Christians around the world? Let us pray that Jesus would be glorified through their persecution, and that grace will turn God-fighters into God-defenders! Join the conversation on our blog! ~ Devotionals Daily