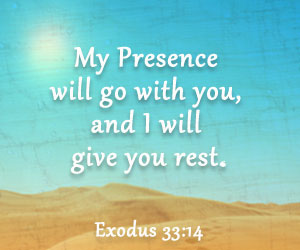 When Moses witnessed how God had demolished the enemies of his people, he must have been filled with the knowledge of the greatness of God, utterly convinced that no one and nothing was beyond the reach of the Lord’s power. That day Moses may have thought the worst was over in his struggle to lead the Israelites to freedom and into the land of promise. He couldn’t have known how hard it would be to lead them across the Sinai Peninsula and into Canaan, a journey that would take not months but years.

For though God had freed the people, they were still in bondage—not to any military power but to their own way of looking at the world, to their stubbornness, and to their fear of taking the risks that inevitably accompany a life of faith.

When Moses appointed a contingent of leaders, one from each of the twelve tribes of Israel, to conduct a reconnaissance mission in Canaan, all but two (Joshua and Caleb) came back with a bad report: “We went into the land to which you sent us, and it does flow with milk and honey! But the people who live there are powerful and the cities are fortified and very large. The land we explored devours those living in it. All the people we saw there are of great size. We seemed like grasshoppers in our own eyes, and we looked the same to them.”

The spies’ report incited the people to rebellion, and they grumbled and complained, saying: “If only we had died in Egypt! Or in this desert! Why is the LORD bringing us to this land only to let us fall by the sword? Our wives and children will be taken as plunder. Wouldn’t it be better for us to go back to Egypt?”

Because the Israelites entertained an evil vision of God’s intentions toward them, making it impossible for them to obey him, he punished them by making them wander in the desert until the last of their generation (except for Joshua and Caleb) had died off. The Israelites who had left Egypt as slaves were not yet ready for the full freedom God intended for them.

But though Moses was frustrated by their response, he did not abandon his people. He did not shrug off the burden of leadership God had given him. Instead, he led them, taught them God’s commandments, judged their disputes, prayed for them, and stayed with them until a new generation had grown up that was no longer burdened by a slave’s mentality. And God loved Moses and praised him for his faithfulness and strengthened him with everything he needed to stay faithful throughout his long ordeal.

Father, forgive me for any self-centeredness in the way I pray. Help me to be more sensitive to the needs of others and to show your love by faithfully intervening on their behalf through the power of prayer. Please help me to intercede for others based on what I know of your character and your promises.

Complainers can be exhausting and frustrating. Moses struggled with the burden of leading weeping and whining people in Numbers 11:10-15 to the point of asking God to kill him! Maybe you have a constant grumbler in your life that exasperates you to the point of it being very challenging to be patient and sensitive to them. Knowing God is with you and will strengthen you changes your perspective. How can you pray for that person differently? We would love to hear your thoughts! Please leave a comment on our blog! ~ Devotionals Daily 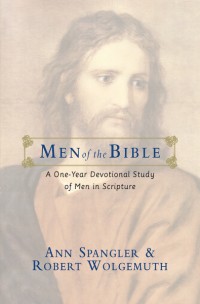