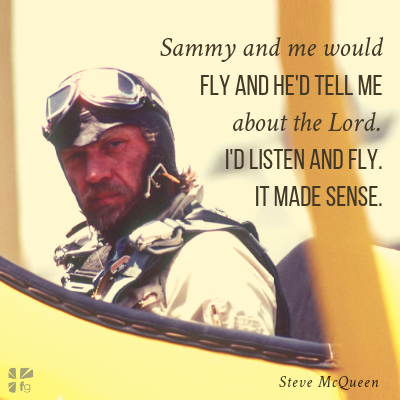 Editor’s Note: In the 1960s, Steve McQueen was, according to box office receipts, the biggest movie star of his generation. Dubbed “The King of Cool,” McQueen starred in such films as the epic war film The Great Escape and the action thriller Bullitt. Like millions of cinema fans, pastor Greg Laurie developed a lifelong fascination with the actor. Now, Laurie has followed McQueen’s improbable journey in his book Steve McQueen: The Salvation of an American Icon. He recounts how the seeds of Christianity were sown throughout McQueen’s improbable life and where he ultimately turned to faith in Christ through an unexpected friendship and a desire to learn to fly. Enjoy today’s excerpt.

When the McQueens moved to Santa Paula, Sammy Mason was a living legend in aviation. He’d been flying for forty-plus years, having been both a stunt pilot as well as a test pilot for Lockheed. When he met Steve, he was in his sixties, semiretired, and didn’t have the time or inclination to teach Flying 101. When McQueen phoned to inquire about lessons, he didn’t say who he was, and Sammy later said he figured McQueen “was either the attendant at the service station where I filled up my car or the butcher.” He then concluded it was the latter, “because he could afford to fly.”

Sammy told him to try his son Pete, an excellent flight instructor in his own right, but McQueen wouldn’t take no for an answer and kept calling back. When he finally disclosed his identity, it meant nothing to Sammy, who went to Pete and asked who the heck was Steve McQueen? Turned out The Great Escape was one of Sammy’s favorite movies, but that didn’t cut anything with him, and he continued to rebuff McQueen’s entreaties. But he did agree to at least come check out the Stearman.

Nobody was more charming and persuasive than Steve McQueen when he wanted something, and by the time Sammy left the hangar, he had agreed to take Steve under his wing—but only after McQueen got his introductory flying lessons from Pete.

McQueen was a natural in the cockpit. Racing cars and motorcycles had given him razor-sharp hand-eye coordination, and he was a quick study. He spent hours in the air with both Masons, and on May 1, 1979, flew his first solo flight and became a licensed pilot. It was one of his proudest moments. And as only Steve McQueen would, he went all in.

“Steve loved wearing the old-fashioned goggles, jumpsuits, and leather bomber jackets,” says Barbi. “He could hardly wait to get in his plane and taxi down the runway and fly around the sky, free as a bird.”

But the vintage Stearman wasn’t the only thing McQueen was learning about from his hours in the air because Sammy turned out to be much more than a flight instructor. The time they spent together made him another surrogate father, for one, but also a role model that Steve desperately needed in his life.

Sammy was totally unflappable and comfortable in his own skin. He had a natural inner core that exuded confidence without braggadocio and drew the respect and admiration of everyone who knew him. Steve, too, was in awe of him. And as they became closer over the months, he started asking questions of his new mentor. What he wanted most to know was what gave Sammy the kind of serenity and peace that Steve had vainly searched for his entire life?

The answer, Sammy told him, was that he was a Christian. Over time, they began to talk about God. Mason didn’t preach or even try to persuade. He just answered Steve’s questions to the best of his ability and told how faith in the Lord had impacted his own life.

“Sammy and me would fly, and he’d tell me about the Lord,” McQueen later told a friend. “Flying and the Lord . . . I learned about the Bible. I’d listen and fly. It made sense. It made me feel good.”

The impenetrable armor Steve had developed over a lifetime was finally beginning to crack. He’d personally seen the emptiness of the life he lived. He’d had his nose rubbed in it, in fact. He knew where the answers weren’t, and now he was talking to someone who seemed to know where they were. Others had shared this gospel message before with Steve, from producer Russell Doughten to stuntman Stan Barrett to actor Mel Novak. Those were seeds that had been planted in McQueen’s heart. But having conquered every world he’d ever entered as an adult—from acting to driving—learning to fly was one of the last things on his bucket list. And God arranged for both the seeker and the one with the message to connect at just the right time.

There could not have been a better person to embrace Steve than Sammy, and eventually Steve and Barbi ended up alongside Sammy and his wife, Wanda, in the balcony of the Ventura Missionary Church for Sunday services.

Excerpted with permission from Steve McQueen: The Salvation of an American Icon by Greg Laurie, copyright Greg Laurie. 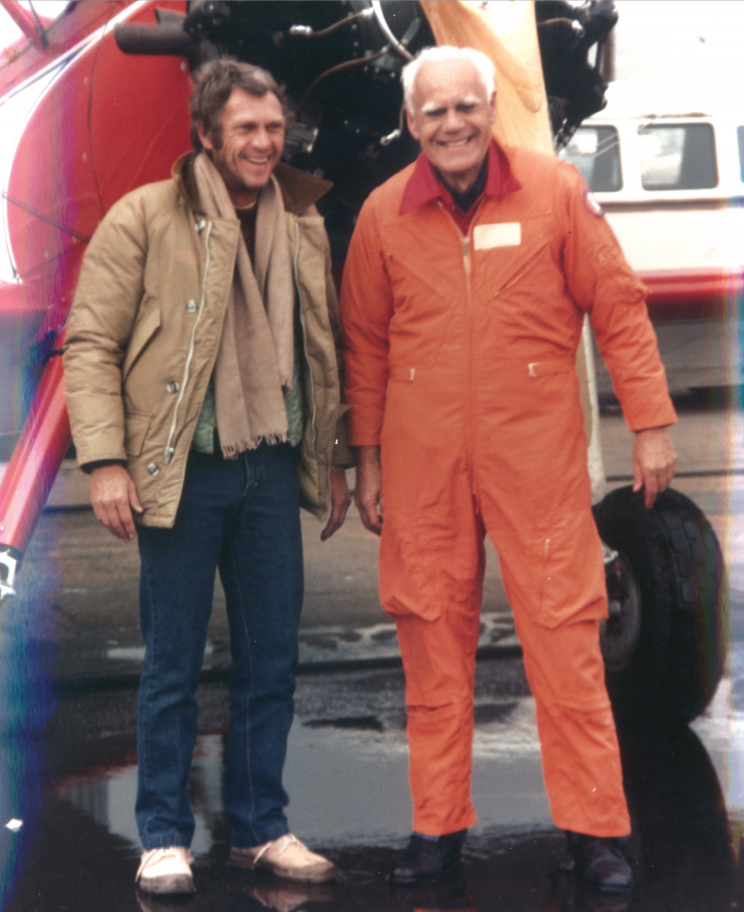 But in your hearts revere Christ as Lord. Always be prepared to give an answer to everyone who asks you to give the reason for the hopethat you have. But do this with gentleness and respect – 1 Peter 3:15 NIV

How did you come to know Christ? Are there people in need of hope who you can simply be a friend to, like Sammy Mason was to Steve McQueen? We’d love to hear your thoughts in the comments? 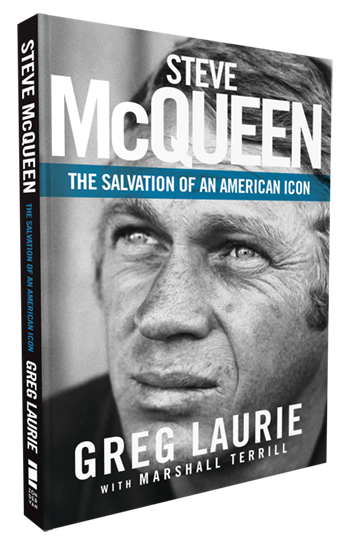 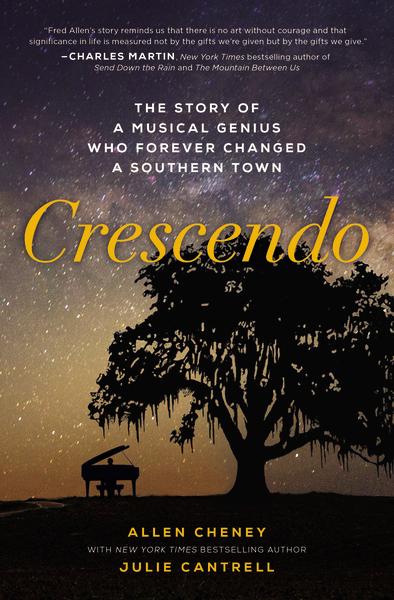