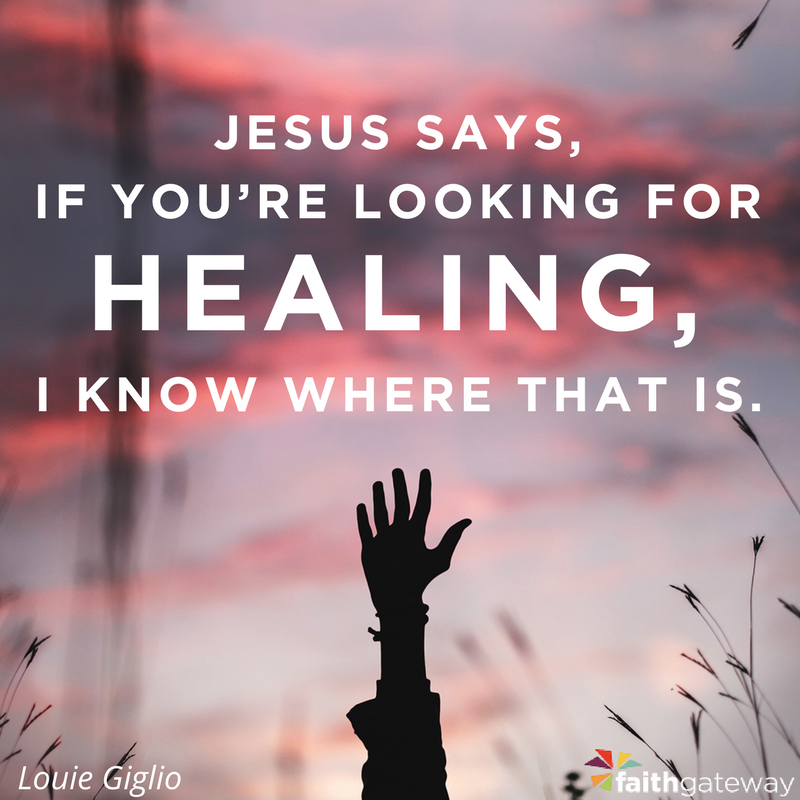 A Long Night of Nothing

The last chapter of John opens on the shores of the Sea of Galilee. The disciples were all in a boat, and Jesus was on the beach, watching them fish. They weren’t in Jerusalem anymore. They were maybe seventy miles away. What’s significant about the location is that this was where Jesus had first met Peter three years earlier. But by the last chapter of John, Peter is no longer traveling with Jesus. Peter wasn’t helping Jesus feed the five thousand. Peter wasn’t helping Jesus heal people. Peter had gone back to the only job he knew.

What was Peter really doing?

When we fall out with Jesus, it opens a door for the Enemy to blast us to smithereens. Maybe we make a big promise, tell God what we’re going to do, tell our friends what we’re going to do, or somehow set ourselves up as being someone God can depend on. But at the end of the day, we fail and fall flat on our faces and make a huge mistake and do things we never thought we would do.

That was Peter. By going fishing, Peter was saying that he was finished. He had had his chance at following Christ, but he blew it and denied him three times. We do the same. Whenever we fall down, it lessens our confidence in God. The Enemy comes in to attack and says, “You’ve let God and yourself down. Don’t even bother going back to God. Don’t pray about it. God’s fed up with you. He won’t listen. You’ve blown it for the last time.”

And we believe those lies. The next thing we know, we find ourselves going back to the place we came from. Have you ever whispered to yourself anything like the following?

I’ll just go back to drinking again. I mean, I can’t turn to God.

What else do I have?

I’ll just go back to this bad relationship. I know this relationship is harmful to me, but God doesn’t love me. Where else could I go?

I’ll just go back to my poor thoughts again. I can’t ever seem to get a handle on this problem. God’s tired of hearing my excuses by now. So I’ll dwell on these harmful thoughts like I always do.

I’ll go back to those old friends, back to that old environment, back to the place I used to hang out and to the people I used to run around with. I’ll go back to all the harmful stuff I used to do. I’ll run to my favorite coping mechanism because that’s where I’ve always gone for fulfillment and satisfaction. That’s where I’ve always gone to feel better. And even though I never find fulfillment or satisfaction there, and even though I always feel worse there than before, at least it’s familiar territory.

I’ll go back to what I know.

When Jesus showed up early in the morning by the shores of Galilee, the disciples had been fishing all night but catching nothing. Led by Peter, they’d gone back to what was comfortable. But at the end of a night of returning to their old ways, guess what? All they had was a long night of nothing. Have you ever been there? Our culture constantly tells us what we need to do to feel better: party harder, seek happiness in the wrong places, walk the harmful paths. Many of us have gone down that road only to find out it’s still not fulfilling in the end.

But Jesus called out to them, “Do you have any fish?” That phrase as it’s translated unfortunately misses the impact of what Jesus was saying. The phrase is actually a negative. It’s a hypothetical question. The emphasis is placed on what isn’t there. A modern equivalent might be, “How’s that working for you?” Jesus already knew they hadn’t caught any fish — that returning to their old ways was fruitless.

So he offered a solution. Jesus called out, “Throw your net on the right side of the boat, and you’ll find some.”

To an experienced Galilean fisherman, this advice sounded elementary. I mean, fishermen are fishermen the world over, and if a fisherman isn’t catching fish, then he’s going to have some sort of excuse for it. The bait was wrong. The visibility was bad. There was cloud cover over the lake. The moon was out of position. The fish horoscope was bad. There’s always an excuse. You can picture these guys on the boat all night. They haven’t caught anything. They’ve undoubtedly tried the right side, the left side, the front side, the back side. They’ve already put the net everywhere! You can almost hear the sarcasm coming from the boat. “Oh, the right side! We didn’t think of that, did we?”

Who knows their motivation for changing the position of their nets? Maybe they were desperate enough to try what sounded obvious. They listened to the voice, threw their net on the right side, and — boom! Greatest catch ever! They couldn’t haul the net in because of all the fish.

Let’s stay on that point for a moment, because maybe you’ve been fishing for a long time and have a whole night of nothing. Jesus stands before you, and His message is, “I know where the fish are.” Meaning, “I know exactly what you’re looking for, and I know exactly where you can get it.”

Jesus says, if you’re looking for friendship, I know where that is.

Jesus says, if you’re looking for acceptance, I know where that is.

Jesus says, if you’re looking for meaning in life, I know where that is.

Jesus says, if you’re looking for healing, I know where that is.

Jesus says, if you’re looking for significance, I know where that is.

Jesus says, if you’re looking for security, I know where that is.

Jesus says, if you’re looking for satisfaction, I know where that is.

Right now, He’s asking you the same question He asked Peter and the disciples. Jesus is looking at your familiar patterns of living and asking, “How’s that working for you?” He’s not asking for any information from you. He already knows how it’s working out for you. He’s giving you the opportunity to form the words in your heart and mind that affirm the reality of what’s happening.

Once we affirm that reality, then God is able to restore us.

As long as we deny our situation and continue to think that what we’re doing is great and fun and satisfying and that we’re running the show, then we’re still under the power of the deceiver.

I love what happens next in the story. When the disciples’ net was full of fish, John was the first to recognize that Jesus was on the shore. Peter, always the impulsive one, jumped into the water and swam to shore. The other disciples followed in the boat, towing the net of fish — it was so full they couldn’t heft it into the boat. Why did Peter want to get to shore ahead of all the others? He was still the hard-driving disciple trying to work his way back into the graces of Jesus. Peter was still following his old patterns. It’s like he was announcing to Jesus, “See those guys still in the boat? They’re not swimming to you, but I am! I’m still your guy, Jesus! You can count on me!”

Excerpted with permission from The Comeback: It’s Not Too Late and You’re Never Too Far by Louie Giglio, copyright Louie Giglio.

Do you feel like you’ve been fishing all night and had a long night of nothing? Maybe you’re back doing what you used to do, with the people you used to hang out with, at the places you used to go. Let’s stop today and ask, “Am I looking for fulfillment, hope, healing, meaning, love, etc. in all the wrong places?” Come join the conversation on our blog! We want to hear from you about being able to count on Jesus instead! ~ Devotionals Daily