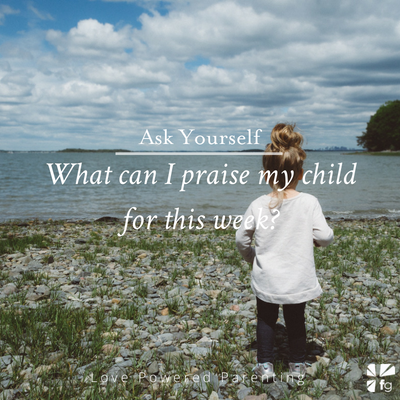 One of the most important opportunities we have as parents is the opportunity to teach our children genuine mercy.

God knows this, and He knows how overwhelming this can be for us as parents. We think, “Me — teach my children about mercy, with all the struggles I have to forgive and accept forgiveness?” I love the practical and clear direction God gives us at this point.. He knows what we cannot do: we cannot be perfect. He knows also what we can do, and He guides us into four actions: first, don’t exasperate your children; second, discipline your children; third, show compassion to your children; and fourth, choose forgiveness in your home.

These are the four actions we take toward our children day by day that will teach them mercy.

The teaching of mercy begins with the decision not to exasperate your children. You see this choice clearly in the simple words of Ephesians 6:4:

Fathers, do not exasperate your children; instead, bring them up in the training and instruction of the Lord.

Don’t drive your kids up the wall! These words were written to dads, possibly because they were the disciplinarians of the day or maybe because too often we dads aren’t relationally sensitive in thinking through the impact of our words, but they obviously fit both moms and dads.

I cannot help but make a comment here about the truth of the Bible. These words from Paul are totally against the current of Bible times. In the first century, a Roman father had absolute control over his children. He could cast them out of the house, sell them as slaves, or even kill them with no legal penalty. A newborn would be placed at his father’s feet to determine his future. If the father picked up the baby, he or she became a member of the family; if he walked away, the baby was sold. Into that kind of culture, God inspires these words about a father who cares enough about the fact that his child is a person created in God’s image that he will strive not to exasperate his children.

Hear again what our heavenly Father has to say to us as parents. The Living Bible paraphrases it this way:

And now a word to you parents. Don’t keep on scolding and nagging your children, making them angry and resentful. Rather, bring them up with the loving discipline the Lord Himself approves, with suggestions and godly advice. — Ephesians 6:4

Parents, don’t come down too hard on your children or you’ll crush their spirits. — Colossians 3:21 MSG

So here’s the big question: What exasperates children? Well, it’s many of the same things that exasperate you about your boss at work! It’s easy to become frustrated with someone who has authority over you. Here’s a quick list, gathered from talking to parents who were once children, of what can frustrate our kids.

Often we are just not specific enough in our directions to our children. “Don’t watch too much TV,” we say. How much is too much? “Five hours sounds good to me,” our children decide. “Be sure to be in early,” we tell our teenager. “Three in the morning is early,” they say. “Don’t wear short dresses,” we say. “You call this short?” your daughter answers. Clear boundaries mean we say how much is too much, how late is too late, and how short is too short. Clear boundaries also mean that we are specific about what will happen if the child crosses those boundaries. Instead of saying, “you’re really going to get it!” we make the consequences clear.

Instead of just reading through this list, I invite you to think about small changes you can make that will impact your kids in a big way. What can you do to make a boundary clearer — particularly one you may be struggling with at present?

Think in terms of your work. One day you get a high five for being great with people on the phone; the next day you are called on the carpet for spending too much time with customers on the phone. It’s enough to drive you crazy. Our kids feel the same way when we give completely different discipline in the same situations. Our parents did the same thing to us — it’s amazing that any of us turn out with a measure of emotional health!

There are many reasons we become inconsistent in our discipline. We get tired; we’re distracted; we want our kids to like us. I’d much rather take my kids out for ice cream than make them stay home for a weekend to catch up on schoolwork!

Instead of striving for perfection on this one, what if we just faced up to our inconsistency as human beings? And then what if we planned to begin to discipline based on that confession? What happens when I honestly face up to the fact that I am an inconsistent, undisciplined, sinful human being who has been given responsibility by God to discipline another inconsistent, undisciplined, sinful human being? It first makes me smile at God’s sense of humor. It also causes me to pause a moment before exacting discipline, because I realize I can too easily react emotionally. It creates a greater willingness to listen to other parents and even to my children. Discipline becomes more a daily relationship than just a proclamation. It may mean I more often will have a second thought and go back and give discipline where I may have let something slide by or be willing to back away from too harsh a discipline that I gave in the emotion of the moment.

Ask yourself: What will it take for me to be more consistent?

Everything I’ve ever read about motivating people says you have to balance every one word of criticism with at least ten words of praise. This advice applies to parenting as much as to any other relationship. I’ve talked to some parents who feel that if we praise our kids too much, they’ll listen only to the praise and will miss the tough words of discipline. The opposite is actually true. Without balancing words of praise, our words of correction get lost in our kids’ negative feelings about themselves.

Ask yourself: What can I praise my child for this week?

We make an unreasonable demand anytime we ask a child to do something beyond their abilities. It obviously doesn’t work to discipline a child to get an A in math when a B would be a miraculous achievement for them. But there is more to making unreasonable demands than this; they’re can also be demands we make without giving a reason. When our kids ask for a reason that they should keep some rule, we often pull out our favorite phrase as parents. I’ve used it myself. “Because I said so,” we state with solemn strength. We want them to obey simply because it is the right thing to do.

Let’s admit it: sometimes we say “because I said so” because we’re tired and don’t want to take the time to think through how to explain why we’re asking something of our child. I’m not talking about giving a reason so they can choose not to obey if they don’t like our explanation, but about giving the biblical reasons behind what we’re asking them to do. They may roll their eyes at those reasons in the moment, but we’re trusting that these principles will eventually sink into their souls.

Of all the potential points of frustration in the way we discipline our children, this may be the greatest. We have some expectation of what we are disciplining our child toward, but we’ve never spoken it — not to them and possibly not even to ourselves. We expect our two-year-old to speak in a quiet voice in the evenings, but we’ve never expressed it. When we speak an expectation, it gives our child a chance to see the boundary more clearly. It may have another result — we may come to see that it is an unreasonable demand. We may have an unspoken expectation that our child will attend the college we attended, yet we know the grades they’re getting will not get them accepted. So we discipline them toward better grades, without ever verbalizing why. This creates great tension and frustration.

Ask yourself: What expectation do I need to speak clearly or to free my child from?

How we deal with anger is a huge issue in our families. Most of us are good at hiding our anger, but we cannot hide it from everyone, and those who see our anger are most often those in our homes. Our anger often comes out sideways. We’re mad at our boss, but we yell at our kids. In an earlier chapter, we looked at the importance of honest confession after we’ve expressed undeserved anger.

It is also important not to allow even justifiable anger to go unresolved. You may have expressed to your child that the lie they told makes you legitimately angry because you’ve been hurt by their lack of trust and you know how deeply the lie can hurt them. Even then, the anger must be resolved. If you go for days without speaking, bitterness is allowed to grow. God is clear about this because He knows our hearts so well:

Do not let the sun go down while you are still angry. — Ephesians 4:26

Admit that you’re angry, and deal with it immediately. Admitting isn’t easy. We tend to use all kinds of other words to describe our emotion: we’re frustrated, annoyed, troubled, antagonized, exasperated, vexed, indignant, provoked, hurt, irked, irritated, cross. The truth is, we have some anger that must be dealt with.

Sleeping on anger is like sleeping on a bed of nails; you wake up feeling great pain. Let anger hang around, and it grows into bitterness. Angry words are a discordant tone in the home — a tone that needs to be resolved through another conversation before the end of the day as you assure your children that you love them and that the anger you felt was because of your desire to protect them, they are learning lessons about mercy that cannot be learned anywhere else.

Ask yourself: Is there an angry encounter that I haven’t yet resolved?

It takes great humility to admit our tendency to exasperate our children, and even greater humility to act in new ways. When you make these choices, you are teaching your children the character of mercy, passing on to them the mercy that Jesus has shown you, and helping to form a heart in them that can pass mercy on to others.

Response from the Heart of a Mom

The thing I struggle with most as a parent in this chapter is unspoken expectations. Just as I want my husband to figure out the perfect Christmas gift for me without my having to spell it out, I want my kids to figure out exactly what I expect from them. The truth is, I don’t want to verbalize these expectations because I may have to admit that they are selfish or unrealistic. It’s much easier to hang on to unrealistic or selfish expectations if they are unspoken!

Which of these ways we parents exasperate our children hit your target? Come and share what most spoke to you and what you think the Lord wants you to do about in on our blog.