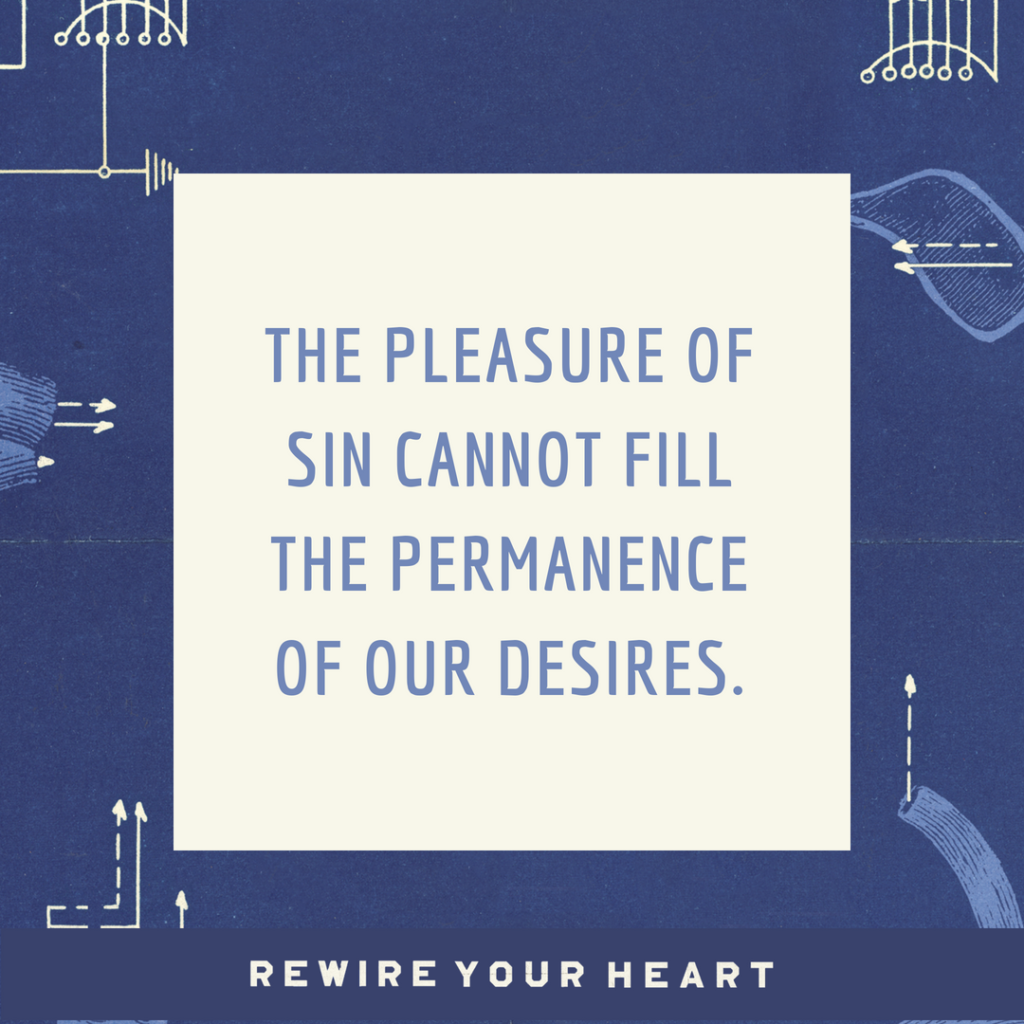 Christians have been trained to fight sin the same way teenagers were taught to fight drugs in the 1980’s. Both have been markedly ineffective.

Nancy Regan started her famous campaign against drugs with a simple slogan: “Just say no.” In response, a Los Angeles based movement called D.A.R.E (Drug Abuse Resistance Education) began producing education seminars in schools around the country. These high-energy, high-intensity, high-school programs usually resulted in kids signing a pledge to say no to drugs and gangs.

Part of the program consisted of showing students a variety of drugs and detailing their effects in the hopes of scaring kids off. However, a scientific study of D.A.R.E’s effectiveness in getting kids to stop using drugs proved the campaign was unsuccessful [1].

Not only was, “Just say no,” an overly simplistic and practically useless strategy, but by displaying and describing the wild effects of the narcotics, drug use actually went up in suburban areas. Students in suburban districts were usually unfamiliar with different drugs. This mystery led to fearful abstinence. However, once the drugs were cataloged and characterized, the mystique was dropped. D.A.R.E’s campaign made drugs approachable.

D.A.R.E tactics create plenty of negative feelings – guilt, fear and shame to name a few. But the strongest positive feeling created is aimed at the drug itself. Drugs offer a great high. Yea, you’ll crash later, want more, develop a habit and ruin your life, but the high is great. Abstinence from these substances is hailed as good, but the weight of evidence makes it seem like these guys are trying to hide something good from us. Regardless of how many pledges D.A.R.E got signed, the facts show that kids in suburban areas began using illicit drugs because of the program.

Why Saying No Fails

This is how many of us were trained to fight sin. Just say no! But our sin tactics create the same response as the failed D.A.R.E campaigns. They have no positive effect on the will except toward the sin itself. When we affirm that the primary way to fight sin is by saying no, we have started down a path that will only end in failure. If you must say no to something, it must be something you want. Therefore, the suggestion that we must say “no” to sin implies that we want sin. However minor or implicit this suggestion may be, it gives sin a power that it does not deserve.

Fighting sin by saying no is the same as saying, “Sin feels really good.” This admission creates a positive desire for sin (as well as a, usually, subconscious negative feeling toward God: why doesn’t God want me to have something that feels good?). This false admission turns our fight against sin into a fight against something that brings pleasure and something we want. And we will never win a battle by saying no to our desires.

How the Gospel Affects Our Hearts

The only thing that will make our desires for sin fade is the Gospel of Christ.

The only more attractive message that will make the idea of sin flee from our mind for the sake of a new and better high is the free grace offered to us in Jesus. Not only is the Gospel the starting point of our forgiveness of sins, it is the starting point of every battle against sin. While saying no to sin does not automatically and inevitably create a yes to Jesus, saying yes to the grace of Christ does automatically and inevitably create a no to sin.

You need a stronger warrior – the mighty God working in your life through the grace of Jesus by the power of the Holy Spirit.

This is not a passive battle where you “let go and let God.” This is an active battle where you constantly and with tears in your eyes throw yourself on the mercy of God. You remind yourself of the beauty of the Gospel, allowing the bright light of its powerful grace drive out every inclination to sin. You weep and mourn over what is not yet won for Christ in your hearts. You mourn because you know that ultimate satisfaction is not found in the sin your heart desires, but in God the ultimate satisfier of your soul. You weep because you want the king to conquest your soul. Saying yes to the truth of the Gospel (re-evangelism) is far better than depending on your own strength to say no to sin on your own (self-salvation). The Gospel rewires our hearts.

Fight sin with grace. Say yes to the Gospel. Regularly remind yourself of how much you have been freed from and how free that gift was. Remember how much the gift cost – the blood of the Son of God. As you rub the Gospel salve onto your heart with hundreds of yeses to grace, you will find sin begin to flee from your affections, and your inner being will yearn to be holy unto the Lord.

Written for Devotionals Daily by David Bowden, author of Rewire Your Heart.

Hear from David about Rewire Your Heart

Sin is too sexy, too tempting. We’re helpless to just say no. That foe is too strong and we will lose. But God is stronger! The Gospel rewires our hearts. Come join the conversation on our blog! We want to hear from you about quitting just saying no, but relying on the Holy Spirit instead. ~ Devotionals Daily