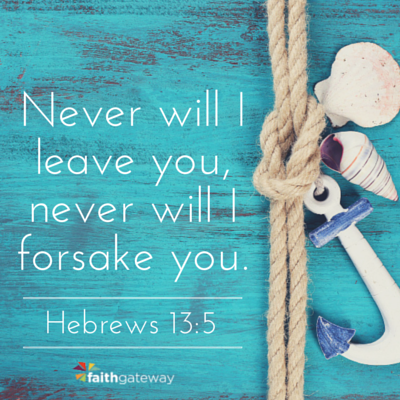 What Not to Do in a Crisis

When we are caught in a crisis, we typically react in three ways. Because the sailors couldn’t head into the wind, “we gave way to it and were driven along” (Acts 27:15).

The first thing that storms tend to do is to cause us to drift. We let go of our goals. We forget where we are headed. We forget our values and start drifting.

Because they were not equipped with compasses and the stars were completely obscured by the storm, the sailors were in total darkness. When you are in a dark situation, you drift. The waves beat you back and forth, and you are led wherever they take you. Your problems batter you back and forth.

Things didn’t get any better on the apostle Paul’s voyage to Rome.

We took such a violent battering from the storm that the next day they began to throw the cargo overboard. — Acts 27:18

When a crisis emerges for us, first we start drifting, then we start discarding things from our lives.

With the sailors it was first the cargo, then the ship’s tackle, eventually their food (Acts 27:38), and finally themselves (Acts 27:43-44)! They all jumped overboard and started swimming to shore.

Often, when we find ourselves in a crisis of life, we are tempted to throw out the very things that are important to us because we are under pressure and want to get rid of it all. We become impulsive. We give up on our dreams. We run out on relationships. We throw away values that we learned as children.

“When neither sun nor stars appeared for many days and the storm continued raging, we finally gave up all hope of being saved.” — Acts 27:20

In an extreme crisis we eventually get to the point of despair and the last thing we throw out is hope. Perhaps you feel like that right now.

The amazing part of this story is Paul’s reaction.

Paul was calm and confident. He had courage in the crisis. Absolutely nothing fazed him.

The sailors’ reactions were the natural responses that we tend to have in a crisis, but they do not have to be our reactions. One test of our Christianity is how we handle a crisis. It is easier to live like a Christian when things are going great, when all our prayers are being answered, when we are in good health, when our income is rising.

Character is revealed in a crisis, not made in a crisis. [tweet this]

What should we do when things look as if they are falling apart and we are battered by big problems?

Fearing that we would be dashed against the rocks, they dropped four anchors from the stern and prayed for daylight. — Acts 27:29

The safest thing to do when we get in a storm is to drop our anchors. Just stand still.

Situations change, and the sands of time shift. But the Bible says that those who put their trust in God are immovable like Mount Zion (Psalm 125:1).

Often when people encounter a major problem, they want to change everything else in their lives at the same time, because the situation feels overwhelming and they can’t stand still. A person will lose his or her spouse by death or divorce, and the typical reaction is, “I’m going to quit my job. I’m going to sell everything and move to a whole new location and start over.” But that is exactly what they do not need — more change. What they need to do is put down some anchors and get some stability.

Why was Paul so confident? Because he was encouraged by three anchors of the soul. These three truths can anchor you on the rock of stability, so that when the winds of crisis blow you back and forth, you will have confidence. These will stabilize you in the storm.

The first anchor in a crisis is the presence of God.

Storms can never hide us from God. We may not see Him, but He sees us. We may think God is a million miles away, but He is with us and is watching us.

God is right there with us. We never go through anything by ourselves. No matter what situation you are going through right now, God is with you. He is the anchor that you can fully trust.

Do not be afraid, Paul. You must stand trial before Caesar; and God has graciously given you the lives of all who sail with you.

God told Paul, “I have a plan for your life.” The second anchor in a crisis is God’s purpose.

Every Christian ought to have a sense of destiny. You are not here on earth just to take up space; God has a specific purpose and plan for your life. Storms are simply temporary setbacks toward fulfilling that purpose.

Absolutely nothing can change God’s ultimate purpose for your life unless you choose to disobey Him. [tweet this]

If you choose to reject His plan, He will allow you to do that, but the Scriptures teach that no outside person can change God’s plan for your life. God leaves that up to you. No matter what happens on the outside, external forces cannot alter God’s purpose for your life as long as you say, “God, I want to do your will.”

God’s purpose is greater than any situation you will ever experience. God has a plan beyond the problems you are facing right now.

The point is this: It is dangerous to focus on your problems more than on your purpose for living.

Once you lose your goal, you will lose sight of the very meaning for which you exist, and you will become purposeless.

Keep up your courage, men, for I have faith in God that it will happen just as He told me.

Some of us are going through devastating crises right now. Our problems are overwhelming, and we think we are going under for the last time.

What should we do while we are waiting for the crisis to end? The same thing the sailors did:

Fearing that we would be dashed against the rocks, they dropped four anchors from the stern and prayed for daylight. — Acts 27:29

Anchor yourself on the truths of God and pray.

Morning came! The sailors didn’t recognize the land, but they saw a bay with a sandy beach where they decided to run the ship aground. All 276 people jumped overboard and got safely to land (Acts 27:39-44).

Let His truth stabilize your life and give you the confidence you need in every crisis you face. Storms cannot hide God from you or you from God. God has a purpose for your life. There is a reason for it all, and you are going to make it safely to land!

What was one occasion when you made a decision more typical of the sailors than of the apostle Paul? How have you experienced that first anchor — the presence of God — during a recent crisis? Come join the conversation on our blog! We want to hear from you! ~ Devotionals Daily