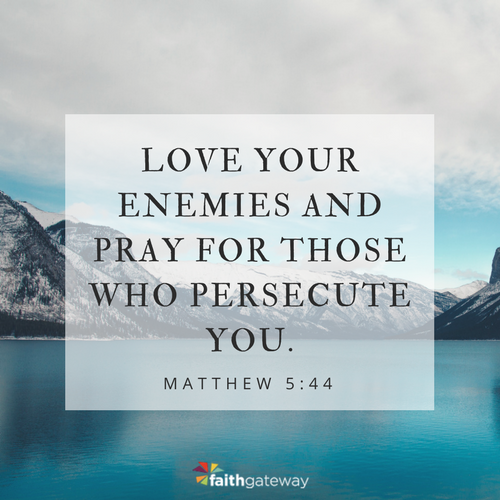 Jesus said, “Father, forgive them, for they do not know what they are doing.” And they divided up His clothes by casting lots. The people stood watching, and the rulers even sneered at Him. They said, “He saved others; let Him save Himself if He is God’s Messiah, the Chosen One.” The soldiers also came up and mocked Him. They offered Him wine vinegar and said, “If You are the king of the Jews, save Yourself.” There was a written notice above Him, which read: this is the king of the Jews. One of the criminals who hung there hurled insults at Him: “Aren’t You the Messiah? Save Yourself and us!” But the other criminal rebuked him. “Don’t you fear God,” he said, “since you are under the same sentence? We are punished justly, for we are getting what our deeds deserve. But this man has done nothing wrong.” Then he said, “Jesus, remember me when You come into Your kingdom.” Jesus answered him, “Truly I tell you, today you will be with Me in paradise.” — Luke 23:34-43

Jesus had been betrayed by one of His own disciples for thirty pieces of silver. He had been arrested, interrogated, and tried with falsified evidence by the Jewish ruling council of His day. Peter, who was His most vocal supporter, had denied Him, and Pontius Pilate and Herod Antipas had questioned His motives and authenticity. He had been whipped profusely, mocked with profanity, and paraded around as a laughingstock: a fake king with a crown of thorns on His head. Not only that, but He had been forced to carry the very instrument of His own execution on his back. If we imagine ourselves in Jesus’ position, looking down at the crowd whose schemes and strategies had put us there, what would our first words be? Would they be words of mercy and grace?

The words that fell from Jesus’ parched lips were: “Father, forgive them.”

Instead of asking God to give His killers their just deserts, Jesus asked Him to bestow complete forgiveness on them. Jesus was neither condoning their actions nor denying their guilt, but rather recognizing that they didn’t understand the weight of what they were doing. From the Jewish perspective, Jesus was a blasphemer against the God of the Torah; the Romans thought they were punishing another rabble-rousing criminal. They didn’t realize they were committing the worst crime in the history of the world: the crucifixion of the Son of God.

Jesus interceded on behalf of the people who were torturing Him, and at Golgotha He modeled the words He had shared again and again in His earthly ministry:

Love your enemies and pray for those who persecute you. — Matthew 5:44

And that’s what He is still doing more than two thousand years later. From the throne room of Heaven, Jesus is not accusing us but is standing as our advocate and interceding on our behalf.

Jesus is the Lamb who was slain — our Great High Priest who could atone for our sin, once and for all. That’s why the writer of Hebrews said,

There have been many of those priests, since death prevented them from continuing in office. — Hebrews 7:23

But because Jesus lives for eternity, He has a permanent priesthood and lives to intercede for His children. When I think of where I fall short on a daily basis, it is a huge comfort to remember that Jesus is interceding for me and has the power to forgive me. When Jesus said, “Father, forgive them,” His blood was already falling from His battered and bruised body, flowing from the cross toward us, and it is still flowing today. It covers every sin, every stain, and every act of shame, and it cleanses us from all unrighteousness (1 John 1:9).

It’s Good Friday. What a sobering, excruciating, beautiful day. Jesus’ words to those of us who repent today are, “Father, forgive them.” Receive it! Forgiveness. Come share your thoughts with us on our blog. We want to hear from you! ~ Devotionals Daily