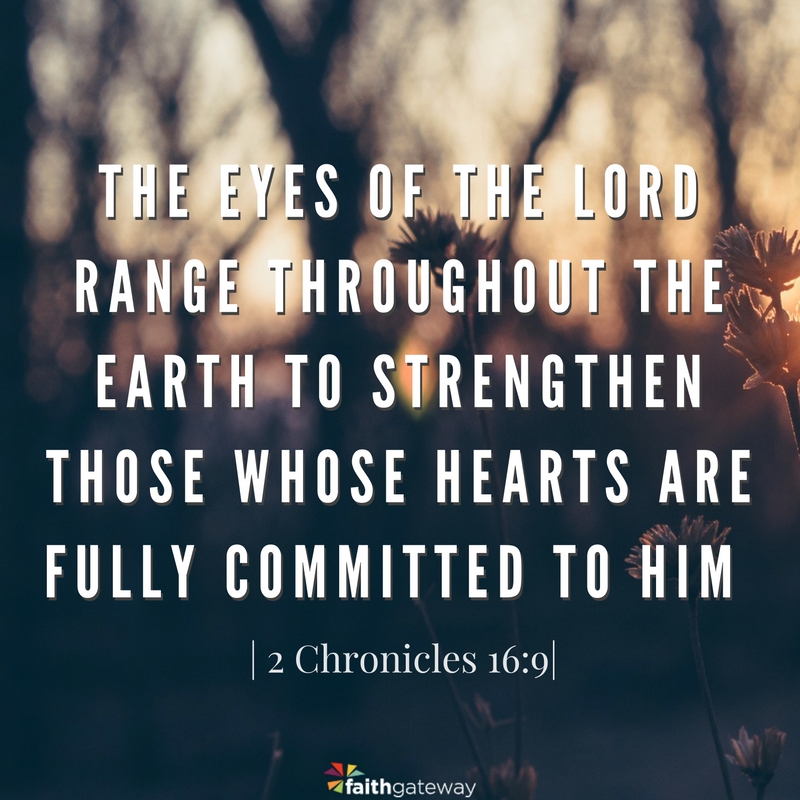 The eyes of the Lord range throughout the earth to strengthen those whose hearts are fully committed to Him. — 2 Chronicles 16:9

Missionary biography is my favorite genre of inspirational reading. Here we find accounts of truly unforgettable characters who found themselves in unbelievable situations, often in danger, doing the world’s greatest work on the front lines for the kingdom. These are the stories that encourage me to do more and to do better.

On a recent vacation, I devoured an old paperback autobiography of Mabel Francis, an American worker who sailed to Japan in 1909, sent by the Christian and Missionary Alliance. She labored there through World War I, through the Great Depression, and in the difficult years leading up to World War II. She was in her sixties when the Japanese attacked Pearl Harbor. Mabel decided to stay in Japan and continue her work as best she could during the war. She wanted to be there after the conflict — whoever won or lost — to spread the healing message of the gospel in a postwar era.

As the war worsened, Mabel was placed under house arrest in her Tokyo home. Over the years, she had won the respect of the local police and governmental officials, and they treated her with humanity. In return Mabel turned her home into a sort of small hospital and tended the sick who came to her. But finally the day came when she was interred in a wartime prison camp, which was housed in a large building in Tokyo. Though never mistreated, Mabel’s deteriorating conditions were lonely, sparse, and frightening. The food became worse and worse, and some days there was none at all.

Toward the end of the war another danger arose. The Allies began bombing Tokyo, and every night she heard the droning of B-29s in the skies over Japan. The explosions came closer and closer. One night a bomb destroyed an adjacent building and the fire spread. The prisoners were herded into the streets where they huddled in the open air with flames all around them, surrounded by suffering people, orphaned children, weeping women, and broken men. Mosquitoes tormented them.

In her autobiography, Mabel described the difficulties of those days. The whole city was in ruins. She was weakened, undernourished, and exhausted, and she faced unbelievable suffering on every side. With no money, she was desperate and destitute. That’s when Mabel opened her Bible and found a single verse that stayed with her the rest of her life. It was a verse about personal strength, about physical, mental, spiritual, moral, and emotional stamina. It was 2 Chronicles 16:9.

In her book, she wrote:

Then, God gave me the promise of Second Chronicles 16:9: “The eyes of the Lord run to and fro throughout the whole earth, to show Himself strong in the behalf of them whose heart is perfect toward Him.”

The eyes of the Lord…” He knows just where the money is and where our help is coming from. This was to be our source of strength all through those days, as one miracle followed another.1

The rest of Mabel’s book tells about the indelible ministry she conducted in postwar Japan — the open doors and the incredible things that happened through her. She teamed up with the Japanese pastor of the First Methodist Church, located in Ginza, the main street of Tokyo. The church had a big hole in its roof because of a bomb, but that turned out to be a blessing. Every night the church sponsored gospel concerts and the music rang out through the hole, spread over the center of the city, and drew people in.

American GIs flooded Japan, and many were zealous Christians. Mabel recruited them to do a tremendous work in Tokyo and beyond. A series of programs called the GI Gospel Hour became the means of many Japanese citizens coming to Christ, and it led to the founding of Far Eastern Gospel Crusade. Today it’s known as SEND International, sponsoring about six hundred missionaries in more than twenty nations in Asia and elsewhere.2

Mabel also went down to Hiroshima and led people to Christ who had survived the atomic bomb. She helped organize a church among the survivors. After the very first service when nearly everyone was gone, Mabel noticed a little woman standing at the side who seemed to want to say something. Mabel took her hand and asked her to sit and talk. “The morning when the bomb struck,” said the woman, “I was at my home, up on the mountainside. My two little children were playing on the floor — a one-year-old and a three-year-old. I stooped down to pick up something, and in that second, that awful flash of light came! I was startled, and stood up to look around, and when I looked back, my two children were charred at my feet — both dead. I didn’t know then that I was all burned, I was so concerned for my little ones. I picked them up and laid them aside, and pretty soon I began to feel the pain in my own body. Then I found how badly I was burned.”

The woman went on to tell Mabel of her overwhelming despair, her suffering, and her attempts to drag herself to every shrine and every temple, looking for peace, but nothing helped. “But tonight you told us of this God’s love, and that it was He who created us, and you said my children are with Him — I believe it! I believe it! My heart is comforted. Light has come to me.”3

In this way, Mabel, with unflagging energy, brought hope and healing to the only nation in history decimated by a nuclear attack. When she finally left Japan in her old age, the entire country owed her a debt of gratitude. She was recognized as an honorary citizen of her city and honored for her lifetime of service, which was accomplished in the strength of the Lord.

Her secret, as she always said afterward, was the promise of 2 Chronicles 16:9: “For the eyes of the Lord range throughout the earth to strengthen those whose hearts are fully committed to him.”

This very same promise is as available to us now as it was in biblical times or during the days of World War II. It’s for you and me just as surely as it applied to Mabel or any other missionary. It’s a promise with no geographical limitations. It’s a promise of strength with no expiration date. It has no shelf life; it’s perpetually fresh and potent.

The eyes of the Lord never droop, never close, never slumber, and never sleep. Every moment of every day our Lord’s eagle eye scans every corner of the globe, surveying every heart of every person, looking for someone, for you, for anyone whose heart is fully committed to Jesus Christ.

He gives us strength to turn our messes into momentum and our battles into victories.

For the eyes of the Lord range throughout the earth to strengthen those whose hearts are fully committed to Him.

Excerpted with permission from The Strength You Need by Robert Morgan, copyright Robert J. Morgan. Published by W Publishing.

Are you in need of strength from the Lord? Stop and turn your heart towards Him. Be fully committed to Him. He sees you. He sees your need. And He will give you strength. Come join the conversation on our blog. We want to hear your story! ~ Devotionals Daily