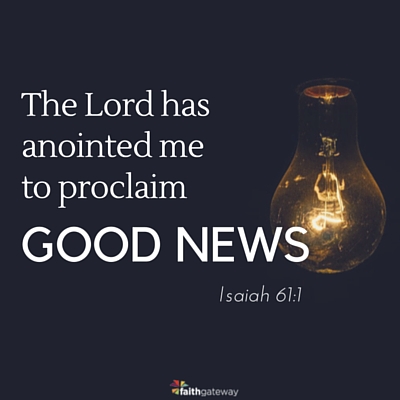 He has brought down rulers from their thrones… [and] has sent the rich away empty. — Luke 1:52–53

I grew up in the church, and at a young age, I came to the conclusion that Jesus was “nice.”

My grandmother had one of those old-school, nice Jesus paintings hanging on her wall in an ornate frame, in which Jesus is sitting on a boulder holding a perfectly white little lamb, his blond locks flowing around his serene face and manicured beard. This Jesus was nice, and I understood I should be nice too.

This niceness was much vaguer than kindness, for kindness is costly, truthful, and loving. Niceness, on the other hand — at least the way I understood it — was always appropriate, unfailingly polite, never disagreeable, and certainly not upsetting in any way.

As I grew older and began to look around the church, this niceness morphed into respectability, underpinning the way I understood that Christians should interact with wider society and the government. After all, Jesus was a good and respectable citizen who obeyed all the laws and never caused any trouble whatsoever. He never would have been involved with politics or protests or anything messy and controversial.

I learned in Sunday school that some of respectable Jesus’ disciples, the Zealots, wanted a revolution, but they didn’t understand that Jesus was just not interested in politics. He was interested only in saving people’s souls so they could go to heaven. Inwardly, I mocked the stupid disciples for always getting the wrong end of the stick.

But as with all idols, cracks eventually appear, and my domesticated Jesus could not stand up to the rigors of life outside this respectable Christian bubble.

One day, bored with the predictable direction of my privileged life, I took a semester off from my university studies. I left my affluent, white neighborhood in New Zealand and boarded a long flight to Cambodia, where everything I had ever learned about Jesus was called into question.

The first time I walked into the Tuol Sleng Museum of Genocide in Phnom Penh, Cambodia, I was twenty-two years old and newly arrived in the country.

Outside the gate, I met a beggar with a bandaged stump for a leg and a rickety wooden crutch to provide balance. Most of his teeth were missing, and his grin reminded me of a friendly jack-o’-lantern.

When he saw me, he smiled more broadly, lopsided and cheeky. “Sir?” he said, thrusting an upturned baseball cap in my direction. A faded red, filthy T-shirt hung from his body. On the front of the T-shirt were four huge, peeling block letters: WWJD.

When I was growing up, those letters were etched into fluorescent-green rubber wristbands sold in Christian book- stores or printed on the covers of upbeat teen Bibles. WWJD might even have been a brand name, for all I knew. It was ubiquitous in the life of any nice church kid. But I had never seen those letters on the tattered T-shirt of a beggar.

WWJD: What Would Jesus Do?

I mumbled a greeting and stuffed a couple of bills into his cap, thinking, It’s the least Jesus would do.

But those letters haunted me as I walked through that house of horror, stumbling from room to room in shock. Each space was a testament to the horrific violence that had torn apart the nation of Kampuchea. The Khmer Rouge had been careful to document and photograph each victim before death, so every wall was a graphic gallery of grief.

I paused to look into the eyes of men and women murdered by their neighbors, even their loved ones. And I asked myself, What would Jesus do?

Later that night, I tossed and turned in bed as I mulled over the question that had stolen my peace. How would the Jesus I know respond to a world torn apart by poverty and war and suffering?

Six months later, I returned home weary and broken. But my encounter with the beggar outside the genocide memorial had begun to reframe how I understood Jesus, and my prayers of struggle had sparked within me a lifelong quest not only to understand but to live out Jesus’ words: the Lord “has anointed me to proclaim good news to the poor.” (Isaiah 61:1)

I enrolled in my final semester at university with two certainties in mind. I would return to the Bible and seek to know more of Jesus and his love for the least. And I would one day return to live long-term in Cambodia in the slums.

I wanted to know and love the poor so that they would no longer be the poor but my neighbors and friends.

I did not know that in setting out to change the world, I would end up being changed myself. But since my first encounter with the poor, I have found that if I pray for God to move a mountain, I must be prepared to wake up next to a shovel.

Watch the Video for Subversive Jesus

Has God handed you a shovel? In what ways has Jesus allowed your view of Himself to be challenged so that you have a heart to serve in a radical way? Come join the conversation on our blog. We want to hear your story! ~ Devotionals Daily