I was at the craft store this week and noticed Wonder Woman washi tape. Washi tape, seriously. Super hero mania is literally everywhere.

As parents, we want to hook our kids into the messages of Christ, and help them connect with these messages in a real, true, and honest way. But, how when they are obsessed with characters with superhuman powers?

Believe it or not, super heroes can be your hook.

Hear me out here.

Jesus was the original super hero. He performed miracles and walked on water and defied death. He didn’t have a cape or fly through the air, but He did a lot of super amazing things that no one else has ever been able to do.

But how do we connect Jesus, this character from the Bible that they’ve never seen as a super hero, to the super hero mania that grips our kids? How do we make Him come alive through words on a page?

Bible Force is super cool, portraying the Bible characters we all know in a full-color, graphic novel style. The people are drawn in a dramatic-art style to look like super heroes, and the text is written in a way that makes them seem larger than life.

Think about these examples:

These stories and almost 150 others are found in the pages of Bible Force, making it fun to read for kids and parents alike. The most prominent characters are also featured in Hero Profiles, bringing home the message that these people were true super heroes.

My one hesitation in presenting the people of the Bible as super heroes is that they weren’t really super (aside from Jesus). They were ordinary, right? Just like you and me, but with the power of God behind them. Bible Force allows you to bring this message home as well as you discuss the stories with your child. You can talk about how Samson was just a man who put on his pants one leg at a time and who ate and drank and slept just like they do. But God gave him supernatural power unlike any man before or since. He was incredible, but it was only because God made him that way.

Unlike Superman or Batman, whose powers are completely unattainable to our kids, Samson was set apart as special because of God. And God can make our kids special and set apart as well.

In that way, we can teach our children that they too can be super heroes worthy of Bible stories. You might want to extend this message by sharing more modern examples of Christian super heroes, like the following:

My point is this: if you can hook your kids on Jesus using Bible Force, the first graphic novel style Bible storybook, and then bring them around to modern Christians making important impacts on their lives, they will see that they too can be super heroes for Jesus.

Do your kids love super heroes? What natural ways can you make connections to Jesus in connection with your children’s interests? We’d love to hear from you! 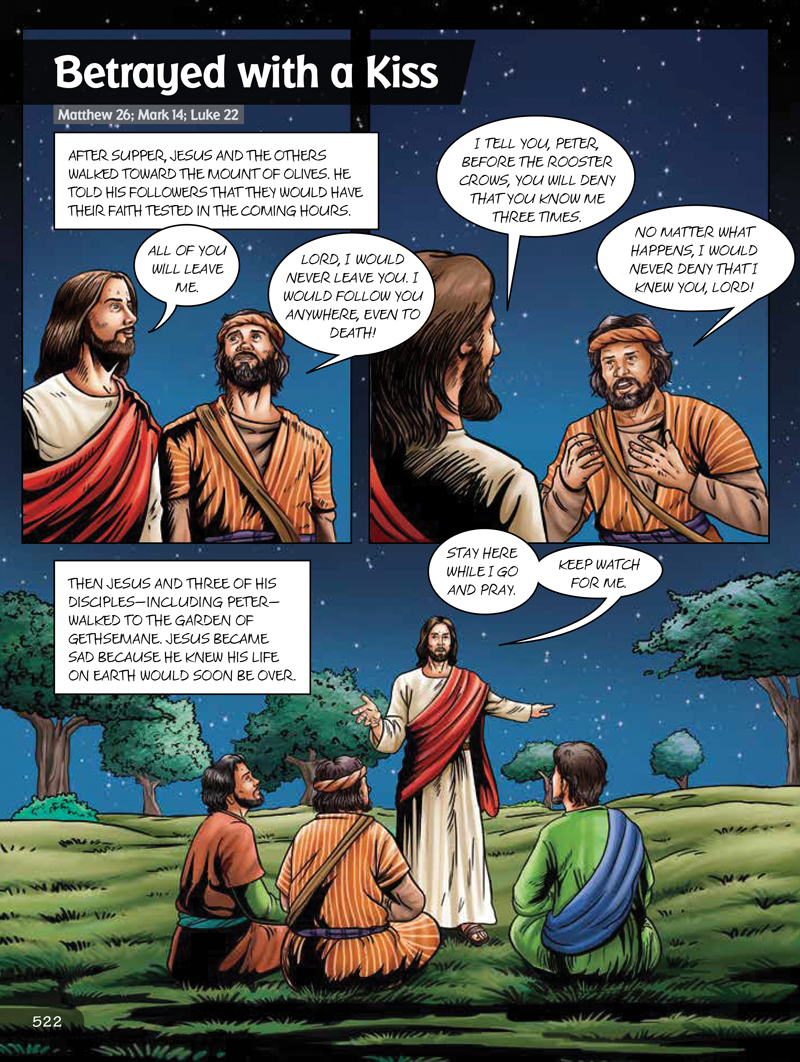