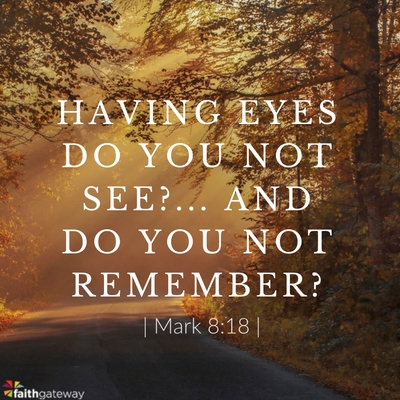 At the end of January I was waiting in the car to pick up Ann from her ballet class. Gray clouds scudded across the sky and the spire of a church protruded into the bitter cold air. I was filled with desire for my experience of God’s love to continue.

“Don’t let it grow cold,” I prayed. I was afraid I would find myself stuck on a plateau. That seemed the worst fate of all. For a moment there was only my desire and the warmth of my words fogging the window of the car. Then out of nowhere I was remembering a piece of Scripture from John.

He that loveth Me shall be loved of My Father, and I will love him, and will manifest Myself to Him. — John 14:21

The promise vibrated inside the car.

Ann came running out of the dance studio without her coat, clad only in a pale blue leotard and bare feet, though it was thirty degrees outside. She had been sniffling the past few days and I’d debated over letting her come to ballet. “Ann, where’s your coat?” I demanded.

“I’m hot,” she told me. Indeed her face was red from twirling on the floor inside.

The next day her temperature was 102. Being a former nurse I couldn’t resist looking down her throat with a flashlight. It was red as an apple peel. I bundled her up and headed for the doctor.

Outside the sky was fat like a feather quilt, full of bulges and creases. You had the feeling at any moment the whole thing would tear and there would be feathers everywhere. But only a slight chance of snow was predicted. Ann whined pitifully as I nosed the car through a fine fog that washed the color out of the world. The minute we crossed the threshold of the office, however, she wriggled out of my arms and bounded to the playroom looking embarrassingly healthy. Moments later she held a children’s magazine. “Let’s read,” she said.

More Than Meets the Eye

I flipped through it for something quick and easy and came upon one of those hidden-object puzzles. Spread across the page was a familiar scene from the woods with eight hidden objects drawn into it. “What do you see in the picture?” I asked.

“A hammer,” she cried quickly. It was grafted into the trunk of a tree. Her eyes scanned the scene. “A snake.” It was curled into a cloud. “A shoe.”

A shoe? It took me a while but I saw it disguised in a pile of rocks. We finally discovered four more things. A rabbit in the leaves, a frying pan in a stream, a walking cane in the tree roots and a key in the limbs. That was seven. Where was the eighth?

We couldn’t find it.

Ann tired of the scrutiny and wandered back to the playroom. I went on with the game because I had an aversion to being beaten by a game designed for a six-year-old, and because I was enjoying it. I had to find the last item. I knew I was looking right at it, but I couldn’t see it. I tried going over the scene in sections. Nothing.

Finally I tossed the maddening thing on the table where the page landed upside down. And there it was! A light bulb designed in the big round hill in the background. It was huge and transparent. I was speechless. Now that was all I could see! It looked like a million-watt bulb burning on the page.

What kind of vision looks at something and doesn’t see it?

There is more here than meets the eye, I said to myself.

Sometimes a thought strikes you with such velocity you figure it can’t be your own but must come from God Himself.

I was about as sure of it as I could be. God had manifested Himself to me just as the verse in John promised. He had given me a message: To continue to awaken to the fullness of God’s love, you must begin to envision daily reality in a new way. You have to learn to “see” God in it. For there is more here than meets the eye. The world is a hidden-object puzzle. It is mystery upon invisible mystery and infinite layers of holiness. It is God’s presence hidden among the leaves.

Vision is an important and holy art of the Christian. We “can and must always re-learn how to see,” wrote Karl Rahner.1 Our most sublime effort is to seek the vision of God around us. This is nothing less than prayer. It was wonderful to think I could pray with my eyes.

As we left the pediatrician’s office (yes, she had a mild virus) a flurry of snowflakes was falling. I told Ann it looked like a pillow fight outside. Snow feathers. She was glued to the car window. A snow in South Carolina is quite an event. But before we reached home she had fallen asleep against the door. I carried her inside to bed.

What Do You See?

I could not get the hidden-object puzzle out of my mind. I constructed a blazing fire in the fireplace and sat on the carpet leafing through the Gospels, looking for accounts about Jesus and blind people. In a way I felt blind. I wanted to “see.”

In Mark 8 I came upon the story of the blind man, but it was the incident immediately preceding that which grabbed my attention. Jesus was out on the Sea of Galilee with His disciples. He had just performed a miracle of feeding over four thousand people with seven loaves of bread and some fish. There were baskets of bread left over, yet somehow the disciples managed to get in the boat without enough bread for the trip. They had only one loaf between them. So when Jesus mentioned “the leaven of the Pharisees,” they thought He was being literal. They looked at Jesus and murmured, “We have no bread.”

It doesn’t say so, but Jesus must have sighed at this point. When He had fed the five thousand, He’d said to them,

But already they had forgotten. They were a group of spiritually blind men seeing things in an ordinary, superficial way — the way most of us go around seeing all the time. They saw the one loaf, heard the word “leaven” and thought of hunger. That’s all.

The fire in my living room was now centuries away. I was on that boat with the disciples. I could see their faces and smell the fish in their nets. Strangely, Jesus responded to their murmuring by saying,

A minister friend of mine once told me that if God came to you with a message, He usually confirmed it shortly thereafter. I didn’t put much stock in his comment at the time, but from now on I will listen better to him. It did seem that God was underlining the message I’d heard in the doctor’s waiting room.

You have eyes but do not see.

I read on. The boat landed and right away some people showed up with a blind man for Jesus to touch. It couldn’t have happened at a more opportune time. I could almost see Him look around at His disciples and raise His eyebrows just enough to stir the question in them again: Having eyes, do you not see?

Drawing the blind man aside, He spat on his eyes and touched them. “Do you see anything?” he asked. The blind man looked up and said, “I see men; but they look like trees walking.”

I am that man, I thought. I look, seeing trees instead of men, emptiness instead of presence.

But Jesus did not give up on the man. That alone gave me much comfort. He touched him again. This time, Mark says, the man looked intently… and saw everything clearly. — Mark 8:25 RSV, emphasis mine

Is there more here than a man recovering physical sight? Is there a parallel to the recovery of spiritual sight? I closed my Bible and heard Jesus say to me, “Do you see anything?”

Even when Bob arrived home from school, the question echoed inside me. Finally, late in the afternoon as Bob stomped outside in the little patches of snow, I decided to answer the question. I curled up on the carpet again with my journal. The curtains were wide open on the double glass doors. The snowflakes had stopped. And in the sinking sunlight, the snow on the ground was pink as flamingo feathers.

“There, now do you see anything?” I imagined Him saying back to me just as He said to the man in the story.

A sense of wonder and reverence poured over me. I gazed through the doors and the world looked like trees walking, and then, surprise, I saw it clearly! The presence of Christ.

“You are here,” I wrote. “I see You in the pink shadows on the snow, in the way my son tosses flakes in the air. I see You in the wind and the stillness, in the bony dead limbs and the round evergreens. If I had better eyes I would see that I am standing on a hill that is really a light bulb. In a world that is really an epiphany.”

These moments of seeing imparted to me such sudden nearness to God that to this day, if I see pink sunlight on the snow, my eyes fill almost instantly with tears.

Today, stop and pause to see God right where you are. Where do you find Him? Where is God showing Himself to you in your ordinary daily life? Come share with us on our blog. We want to hear from you about being surprised by God everywhere! ~ Devotionals Daily