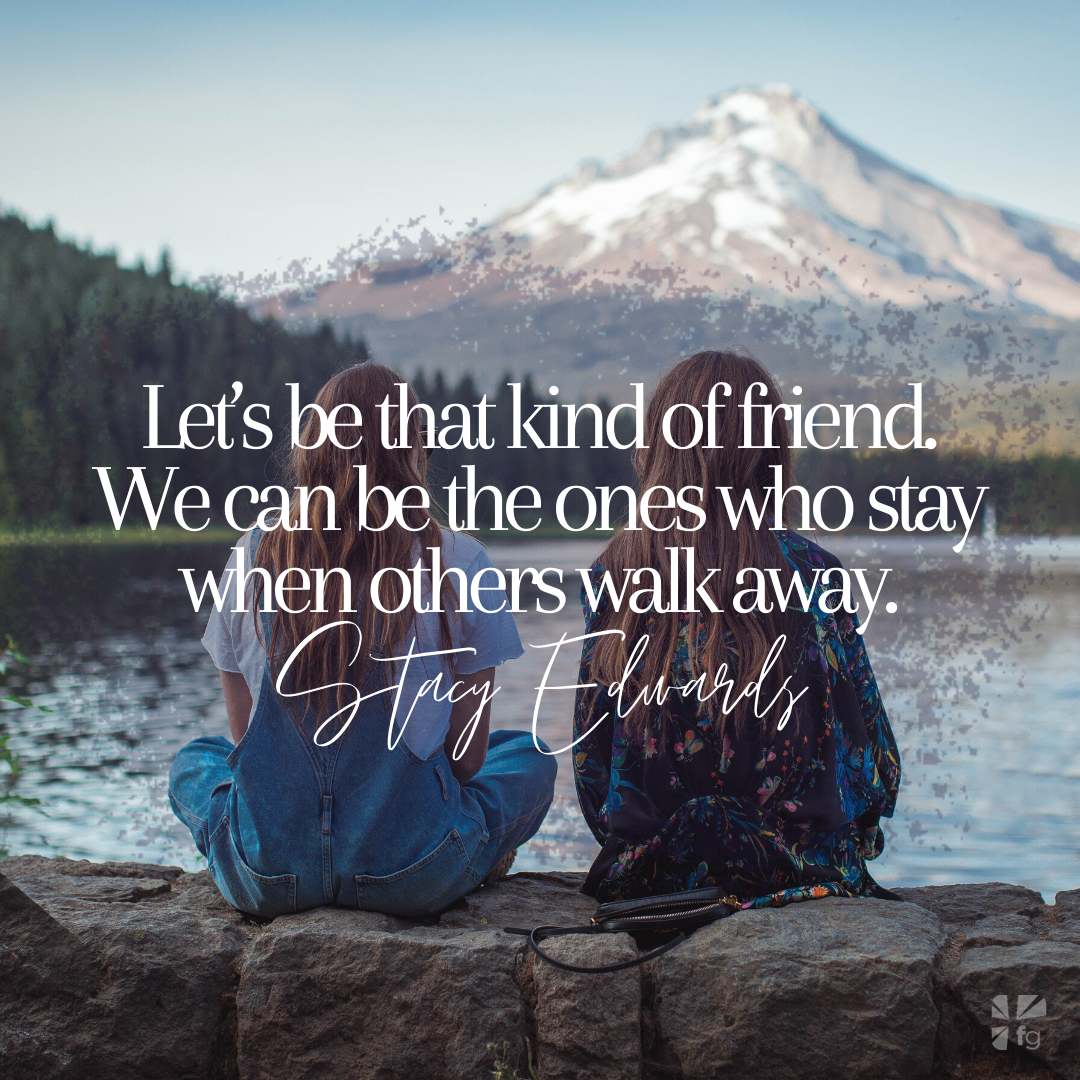 When Jesus rose early on the first day of the week, He appeared first to Mary Magdalene. — Mark 16:9

Strong, ongoing relationships positively influence our physical, mental, and emotional health. A 2009 New York Times article attested to the importance of friendship, citing a study done at the University of Virginia. Thirty-four students were taken to the bottom of a steep hill and given a heavy backpack to wear. They were then asked to estimate the steepness of the hill. Some of the students were allowed to have friends standing next to them, while others stood alone. Those individuals with friends by their side gave lower estimates of the hill’s steepness. The hill seemed much steeper to those who faced it alone.1

Jesus and Mary Magdalene were friends. She was part of Jesus’ inner circle, often mentioned along with the Twelve. While we don’t know much about her backstory, we do know that she had been demon-possessed and that Jesus had set her free. While others may have received their healing and moved on, Mary lingered. She chose to stay close and became a constant presence in Christ’s life.

While others were afraid to be associated with Jesus, Mary was there as He made His way through the towns, teaching and healing (Luke 8:1-2). When others betrayed Him and turned away, Mary stood by the cross as Jesus suffered (Matthew 27:56). Others returned to their homes after Jesus’ death, but Mary was an eyewitness to Jesus’ burial (Mark 15:47). And when His body was gone, she begged the man she thought to be the gardener to tell her where Jesus’ body had been taken. Why? Because she was willing to go and get it back (John 20:15)! And, because of her absolute devotion to Christ, she was in a position to be the first to see Him risen from the grave (Mark 16:9)!

Excerpted with permission from Devotions for Easter by Stacy J. Edwards, copyright Zondervan.

What better time than now to be a devoted friend? We may have to keep social distancing for a while, but we can call, text, visit at a safe distance, go for a walk, and many other ways of supporting and loving others through the COVID crisis. How are you being a friend? Come share with us on our blog. We want to hear from  you! ~ Devotionals Daily