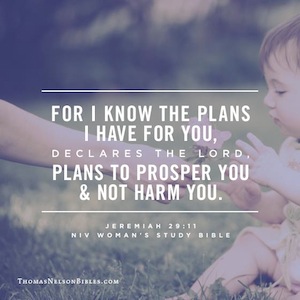 Importance means having meaning. There are many things that people feel are important for young people: school, good grades, sports, and accomplishments.

The good news is that you’re up to the task. This mothering role will teach you more about yourself than you ever expected. You’ll work harder than you ever have. You’ll prove you’re strong and capable. Your care for your child will not only benefit him, but it’ll also show you (and the world!) what you’re made of.

Parenting comes with big obstacles at times. Yet as you’ll see in the following often-told story, sometimes human beings can do the impossible when it comes to their children.

“There were two warring tribes in the Andes, one that lived in the lowlands and the other high in the mountains. The mountain people invaded the lowlanders one day, and as part of their plundering of the people, they kidnapped a baby from one of the lowlander families and took the infant back with them up into the mountains.

“Even so, they sent out their best party of fighting men to climb the mountain and bring the baby home.

“Feeling hopeless and helpless, the lowlander men decided that the case was lost, and they prepared to return to their village below.

“As they were packing their gear for the descent, they saw the baby’s mother walking toward them. They realized that she was coming down the mountain that they hadn’t figured out how to climb.

“And then they saw that she had the baby strapped to her back. How could that be?

“One man greeted her and said, ‘We couldn’t climb this mountain. How did you do this when we, the strongest and most able men in the village, couldn’t do it?’

“She shrugged her shoulders and said, ‘It wasn’t your baby.’ ”

You’re a mom now, and the obstacles you face may seem as big and insurmountable as that mountain. But there’s one thing that’s even more powerful than your challenges. That’s your love.

Love is the most important ingredient when it comes to parenting. Love, as you will discover, can help you to achieve the impossible.

Before getting pregnant, I hadn’t thought much about what I wanted to do with my life, except that I’d considered being a teacher and hoped to be married with three or four kids someday. After getting pregnant, I thought it really was no use to think about those things anymore because I had messed up. I was going to have a baby, and so I’d just have to take whatever the world offered me from there.

Do you feel that way? Do you think that because you’re a mom at a young age that all the plans you once had aren’t possible? Maybe you never really considered what your future looked like. Maybe you never allowed yourself to dream.

I want to encourage you to get over the idea that because you’re having a baby at a young age, you can’t do much with your life. Instead, you now have an even better reason to dream and plan for a good future. After all, you have not only yourself to think about but also your child.

It would have been easy for me to just give up and not try. I’d seen that time and time again in the people around me. I have many family members who’ve worked minimum wage jobs their whole lives, who have never owned a home, and who never got their high school diploma. In fact, when I found out I was pregnant, I dropped out of high school too.

I’m thankful that I dared to work hard to achieve my goals. I finished my high school classes at home and got my diploma. Here are a few other things I’ve done:

I’m forty-three years old, which may seem ancient to you, but I’ve had a good life. And I didn’t do all those things right away, but as the years have gone by, I’ve been amazed to see how my life has turned out.

When I first had my son, I wondered whether my life would amount to anything, and then I decided it could if I put in some effort. My goals were small at first. I got my high school diploma, and then I signed up for college classes. I went on a date with a really good guy who treated me well, and we eventually got married.

I dreamed of becoming a writer, and so I babysat for a year to save up enough money to attend my first writers’ conference. At that writers’ conference, I met other women who encouraged me, and I kept in touch with them. I wrote little things while my kids napped. (I had three kids by this time.) And I sent things out to magazines. I got more than a hundred rejections, but I didn’t give up. I saved up my money again and went back to the conference. Soon I started getting magazine articles published, and later, books.

Success has a way of building on itself. Hard work pays off eventually.

If you could be successful at anything, what would it be? Consider one step that you could take toward that dream. Every success starts with a first step. Think you can’t do it? Think that you’ll be stuck where you are forever? It’s up to you. You get to decide!

The years are going to go by anyway, and you might as well spend them pursuing something great. You can either spend your teens and twenties working at McDonald’s with no plan to change, or you can work hard at your McDonald’s job, finish your GED, sign up for college, and get an internship at a job you really love. No, there’s nothing wrong with working at McDonald’s, but is that how you want to spend your life? I thought about this when I returned to northern California for a high school reunion. I took my kids to McDonald’s to show them where I once worked. Twenty years had passed and the building looked tired and old, but I was most surprised when I saw that some of the people I had worked with in high school were still there. They were still complaining about their jobs and about how they still weren’t able to make ends meet, but they hadn’t done anything about it.

It’s wonderful to work wherever you can get a job, but don’t limit yourself. I saw my McDonald’s job as a stepping-stone to get the money I needed to do more. Who knows, maybe you’ll even stay with McDonald’s, work your way through management, and buy a franchise! Just remember that you’re stronger than you think. Don’t give up too easily. Don’t settle when, deep down, you know you can do more, give more.

I get so tired of people asking, “How old are you?” We even had to change pediatricians once because the doctor wouldn’t speak to me as an adult. I wanted to yell, “Hey, I am her mother. I’m responsible for her welfare!” I used to cry at night, not because I didn’t want this but because I had no idea how much my life would change. — Marjie, Montana

When I went into the hospital for my non-stress test, the nurse told me that she wanted my baby and that she would prepare the adoption papers if it was a boy. — Amanda, Ontario, Canada

Waking up to my son’s smile and my daughter’s snoring makes me realize that the little things these little people do will forever be engraved in my heart! — Elizabeth, Arkansas

Mom, you’re the one who will determine your future. Don’t let anyone tell you that you can’t amount to anything. That’s not true. You can work hard to achieve anything you set your mind on. Surround yourself with people who believe in you. Find other people who can support you, help you, and offer help in return.

Also, know that you were created for a reason. God made you, formed you. He made and formed your child. He has a good plan for your life. You are important to God, and that makes you important.

And if you say the same thing about yourself, well, that’s exactly what you will do too.

Teen mom, you are important!

For I know the plans I have for you,” declares the Lord, “plans to prosper you and not to harm you, plans to give you hope and a future. – Jeremiah 29:11

And we know that in all things God works for the good of those who love Him, who have been called according to His purpose. – Romans 8:28

Come join the conversation on our blog! We would love to hear from you teen moms who are on this journey of strong and capable motherhood. And we would love to hear from older moms, too, words of encouragements to our younger sisters in Christ. Who in your life needs to hear this encouraging word today? What teen mom do you know who could be blessed by this book today?