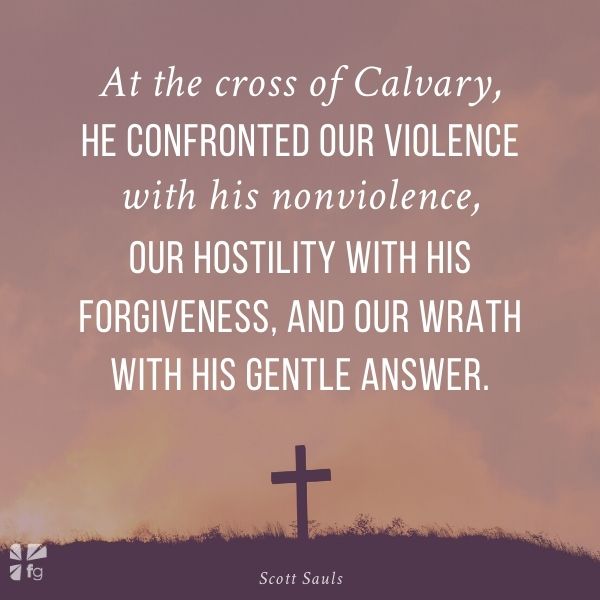 In 2014, Slate magazine released a series of essays collectively called “The Year of Outrage” and described, “From righteous fury to faux indignation, everything we got mad about… and how outrage has taken over our lives.” Essay titles included “The Outrage Project,” “The Life Cycle of Outrage,” “What ‘Outrage’ Means,” “Identity Outrage,” “The Cultural Outrage Audit,” “The Year in Liberal Outrage,” “The Year in Conservative Outrage,” “My Viral Outrage Hit,” “Righteous Outrage,” and “How Outrage Changed My Life.”1

In our current cultural moment, outrage has become more expected than surprising, more normative than odd, more encouraged than discouraged, more rewarded than rejected. Outrage undergirds each day’s breaking news. It is part of the air that we breathe—a native language, a sick helping of emotional food and drink to satisfy our hunger for taking offense, shaming, and punishing. Outrage has become something we can’t get away from, partly because we don’t seem to want to get away from it. Instead of getting rid of all bitterness, rage, and anger as scripture urges us to do (Ephesians 4:31), we form entire communities around our irritations and our hatreds. Tribes and echo chambers form, social media feeds grow, political pontifications multiply, book deals prosper, podcasts rant, and churches split. On some level, we are all engaged in the seemingly insatiable, ubiquitous theme of us-against-them.

According to her and too many others, those who say they follow Christ can be as much a part of the problem as they are a part of the solution. Christians can wield excessively partisan politics, wave views and attitudes that are shaped more by cable news than by Scripture, exert a polarizing culture war mentality, show lack of impulse control on social media, and hold a judgmental, critical spirit toward others and the sins out there. How disturbing it is when we are reluctant to humbly address the rage that resides in our own Christian communities, homes, and hearts.

As one secular journalist quipped, “The trouble with born-again Christians is that they are an even bigger pain the second time around.”3

Wherever this is true of us, the Father desires more from us and better for us.

Jesus calls his followers to something better and more life-giving than oppositional postures. Armed with a gentle answer, modeled and provided by our gentle Savior himself, it is time we got about the business of mending our fractured world with a presence that is less combative and more gentle and kind. The flourishing of our witness depends on it, and the good name of our Savior is worthy of it.

Days before his arrest, Jesus looked across the city of Jerusalem, knowing that its people and leaders would soon call for His execution. He knew they would sneer and gloat as they watched Him die a slow, shameful death. He would be overwhelmed by isolation, injury, and betrayal that cut deeper than words can describe. Instead of harboring ill will toward them, He wept with compassion over the city (Matthew 23:37; Luke 19:41).

And then on the night of his betrayal, when the high priest approached Jesus to arrest and crucify Him, the disciple Simon Peter quickly pulled out his sword and severed the ear of Malchus, one of the high priest’s servants. Malchus was a threat to Jesus, and Simon Peter instinctively wanted to block the attack. Jesus, however, did not support Simon Peter’s retaliatory behavior. Instead, He rebuked him, saying, “Put your sword into its sheath; shall I not drink the cup that the Father has given me?” (John 18:11). Then, Jesus gently touched His enemy, stopped the bleeding, and healed him completely (Luke 22:47-53).

Jesus relinquishes His justifiable outrage and advances His gentleness toward us as well. Jesus saved us, not because of righteous things we have done, but because of His mercy (Titus 3:4-6).

When the hatred of humanity was directed toward Jesus, He had every right to retaliate. He could have responded to the entire human race with outrage and rejection and injury. He could have sliced off our ears, called fire down on us from heaven, and subjected us to the terrors of judgment. But He didn’t do any of this. Instead, He left His sword in its sheath and counteracted our hostility with a gentle answer.

The gentle answer that comes from Jesus defuses wrath instead of fanning its flame (Proverbs 15:1). Within it resides the power to subdue fruitless arguments, break vicious cycles, turn enemies into friends, end wars, and change history. Within it resides the power of a future where wolves dwell in harmony with lambs, leopards with young goats, and lions with fattened cows (Isaiah 11:6).

Animals will cease devouring each other, and so will people. Jews will dwell in harmony with Gentiles, blacks with whites, the rich with the poor, political liberals with political conservatives, and those who have been injured with the people who have injured them. Within the gentle answer resides the power for stories to continue emerging where one person will say of another, “He who used to persecute us is now preaching the faith he once tried to destroy” (Galatians 1:23).

Hope for this kind of world and future has a prerequisite. Before our hearts can be warmed by the idea of such radical reconciliation and peace, they must first be melted and softened. We must become settled in the truth that whatever Jesus asks from us, He has already done for us. Only then can we grow thicker skin, do anger well, receive criticism graciously, forgive all the way, bless our own betrayers, befriend our fellow sinners, resist our inner moralist, disarm guarded postures, and anything else of the sort. At the cross of Calvary, He confronted our violence with His nonviolence, our hostility with His forgiveness, and our wrath with His gentle answer.

It is never our repentance that causes God to be kind to us.

It is only God’s kindness that causes us to repent (Romans 2:4).

Because Jesus Christ has instituted and sealed this love relationship with us, His former enemies, we are able to navigate the world in the same manner as our Lord. Only when we embody a bold gentleness will our outraged world begin to notice that we are distinctly His disciples (John 17:1-26). When we do this, and only when we do this, an outraged world stops identifying Christians as a core part of the problem, and instead begins believing that Christians are a most necessary part of the solution. In his exposition of the Sermon on the Mount, Dr. Martyn Lloyd-Jones says that Christians are a light to the world only to the degree that they stand out as different from the world. The world does not thirst for a religious imitation of its often-outraged self. Instead, the world thirsts for a different kind of neighbor, the kind that embodies in a most life-giving, countercultural fashion the following “Peace Prayer” from Saint Francis.

May we learn not only to recite these words but to live them. Because gentle talk, if not accompanied by a gentle walk, will get us nowhere.

Excerpted with permission from A Gentle Answer: Our “Secret Weapon” in an Age of Us Against Them by Scott Sauls, copyright Scott Sauls.

How can you respond with a “gentle answer” to those in your life? How does the example of Jesus’ love for His enemies convict or inspire you? We’d love to hear from you in the comments!

Wow! What a great book. Endorsements are limited to two to three sentences. Yet, I need two to three pages to adequately celebrate this book. It is timely, surgically precise, convicting, and encouraging. We will be better humans because of it.

A great, highly practical volume that points us to the tenderness of Jesus.

Scott Sauls is the preeminent voice for fractured, polarized times. No voice speaks with such fresh hope, clarifying wisdom, rooted orthodoxy—all from a posture of unifying grace.