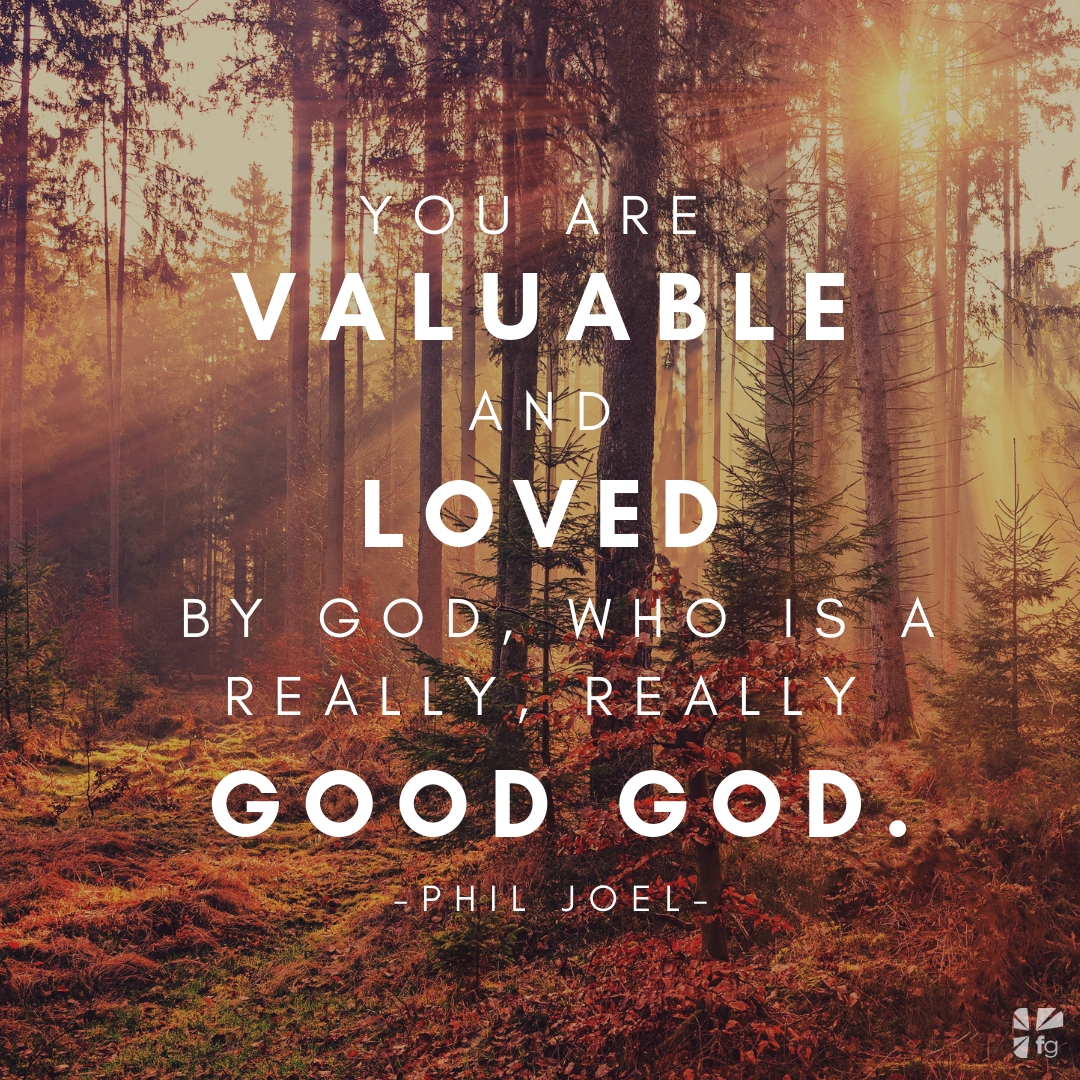 Luckily I don’t have to answer this, because Jesus already did. Jesus came to earth to show us who God really is. He also came to teach us how to live and to set us free from the lies that have kept us living scrappy earthling lives instead of being true humans who embrace their Creator and His ways of doing this thing called life.

When people got around Jesus, they were drawn out of their shells and no longer felt ashamed or hidden or unseen or misunderstood or frightened or unloved or devalued. They experienced the opposite. Suddenly they knew they were seen and understood and loved. They each felt like the only person in the room.

That’s God. That’s His style. Jesus forgave people of their mistakes and healed their hearts, bodies, and minds, and He gave them hope and a vision for their lives.

The truth He spoke — that each person is seen and understood and loved deeply by God — set people free.

It changed them from being slaves to fear, shame, and inferiority to being children of a God who not only recognizes them, but also understands them and loves them just as they are — warts and all — and embraces them.

He was God in human form, and it seemed that when He was around people, either their hearts would swell as they felt loved in His presence, or they would feel deeply threatened because His love for everyone didn’t fit into their religious framework and understanding of who they thought He was.

Heather [my wife] sometimes says that she feels sorry for God because He is so often misunderstood and misrepresented. I always smile when she says that because I don’t think God needs our pity. But I do think she’s right about Him being misunderstood.

God is all about relationship.

That’s what He’s been trying to communicate and invite humanity into since the beginning. He wants us to relate to Him by allowing Him to show us that He sees us, understands us, loves us, and believes we are worth being in a relationship with. He wants this key relationship with Him to spill over into all our other relationships.

Do you get it? Sure you do.

He knew that as we get older, we would somehow get it in our heads that it can’t be as simple as being like children who trust and enjoy their dad. Jesus knew that we can become cynical and hardened and get the idea that it’s got to be more complicated than that.

Jesus knew that our earthly fathers wouldn’t always do the best job displaying for us what God the Father is like. I get this because I know that as much as I want to be the perfect dad for my kids, I’m not. I’m definitely the man for the job, but I also know that I let them down sometimes, whereas God never lets us down.

Maybe your father scared or abused you.

Maybe he expected you to live up to impossibly high standards so you felt you were never good enough.

Maybe he abandoned you.

Whatever the case may be, there is only one perfect Father. Jesus came to earth to show humanity firsthand what God the Father is like.

Show us the Father.

and can’t stand anything that separates us from Him because He knows that life with Him in the center is the very best thing for us.

Hear me: I follow Jesus not because I’m scared of Him, but because He’s amazing and He knows me — the actual me. He gets me and loves me. He sees, gets, and loves you too. That’s what God is like.

Inside you is a simple childlike understanding that’s telling you, you are valuable and loved by God, who is a really, really good God — a “just like Jesus” God — and you can trust Him.

Excerpted with permission from Redwoods and Whales by Phil Joel, copyright Phil Joel.

Hear from Phil Joel about his new book

Do you wonder what God is like because your father fell short? Even if they don’t intend to, and bless the hearts of every father who truly tries, every single earthly father with fail to exemplify who God is perfectly because they’re human and faulty. That’s to be expected. God is the only one who is perfect and who will love you perfectly! Look to Jesus who was God-in-the-flesh when He walked the earth. Read the red-letter words and see what God is like! Come share your thoughts with us on our blog. We want to hear from you! ~ Devotionals Daily