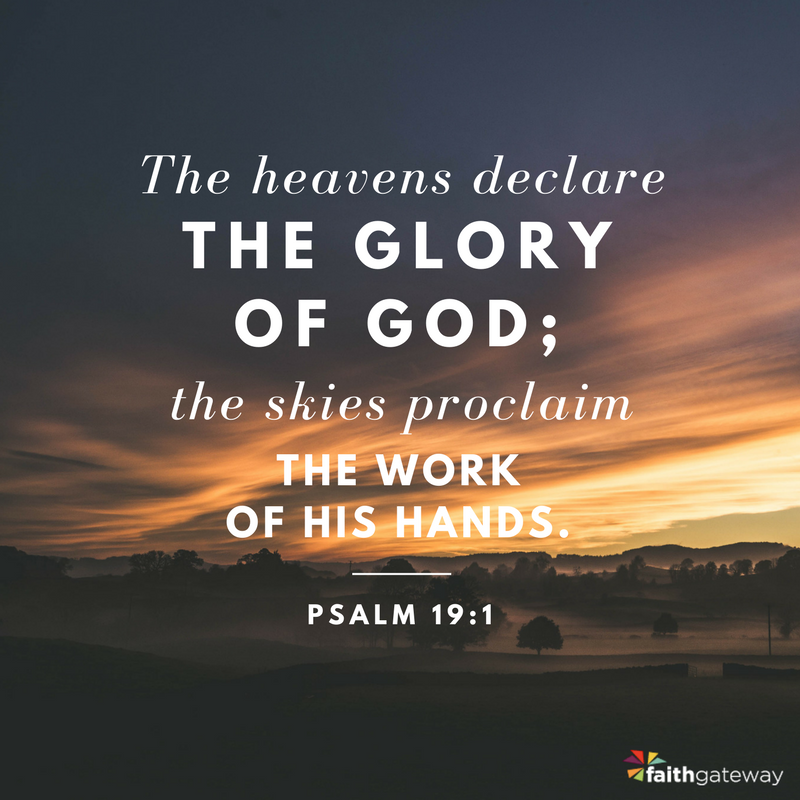 The Case for Faith: Coping with Contradictions

Editor’s Note: In this excerpt of The Case for Faith, Lee Strobel is having a theological debate with Norman Geisler, president of Southern Evangelical Seminary in Charlotte, North Carolina. What a fantastic discussion to share with a friend who is seeking to know the truth today!

When I asked about alleged contradictions in the Bible, Geisler leaned back in his chair and smiled. It was an issue he had spent a lifetime studying.

“I’ve made a hobby of collecting alleged discrepancies, inaccuracies, and conflicting statements in the Bible,” he said. “I have a list of about eight hundred of them. A few years ago I coauthored a book called When Critics Ask, which devotes nearly six hundred pages to setting the record straight.1 All I can tell you is that in my experience when critics raise these objections, they invariably violate one of seventeen principles for interpreting Scripture.”

“For example, assuming the unexplained is unexplainable. I’m sure some sharp critic could say to me, ‘What about this issue?’ and even though I’ve done a forty-year study of these things, I wouldn’t be able to answer him. What does that prove — that the Bible has an error or Geisler is ignorant? I’d give the benefit of the doubt to the Bible, because of the eight hundred allegations I’ve studied, I haven’t found one single error in the Bible, but I’ve found a lot of errors by the critics.”

I cocked my head. “Is that really reasonable, though, to give the Bible the benefit of the doubt?”

“Yes, it is,” he insisted. “When a scientist comes upon an anomaly in nature, does he give up science? When our space probe found braided rings around Jupiter, this was contrary to all scientific explanations. So do you remember when all the NASA scientists resigned because they couldn’t explain it?”

“Exactly. they didn’t give up. they said, ‘Ah, there must be an explanation,’ and they continued to study. I approach the Bible the same way. It has proven over and over to be accurate, even when I initially thought it wasn’t. Why shouldn’t I give it the benefit of the doubt now? We need to approach the Bible the way an American is treated in court: presumed innocent until proven guilty.

“Critics do the opposite. they denied the Hittites of the Old Testament ever existed. Now archaeologists have found the Hittite library. Critics say, ‘Well, I guess the Bible was right in that verse, but I don’t accept the rest.’ Wait a minute — when it has been proven to be accurate over and over again in hundreds of details, the burden of proof is on the critic, not on the Bible.”

I asked Geisler to briefly describe some of the other principles for resolving apparent conflicts in Scripture.

“For example,” he said, “failing to understand the context of the passage. This is the most common mistake critics make. Taking words out of context, you can even cause the Bible to prove there’s no God. After all, Psalm 14:1 comes right out and says it: ‘there is no God.’ But, of course, in context it says, the fool says in his heart, ‘there is no God.’ Therefore, context is critically important, and most often critics are guilty of wrenching verses out of context to create an alleged discrepancy when there isn’t one.

“Except for, say, the Ten Commandments, the Bible wasn’t dictated,” Geisler replied. “The writers weren’t secretaries to the Holy Spirit. Sometimes they used human sources or used different literary styles or wrote from different perspectives or emphasized different interests or revealed human thought patterns and emotions. There’s no problem with that. But like Christ, the Bible is totally human, yet without error.”

“However,” I interjected, “people bring up alleged contradictions all the time.”

“Like what, for example?” he responded. “What are the most common you hear?”

I thought for a moment. “Matthew says there was one angel at Jesus’ tomb; John says there were two. The gospels say Judas hung himself; Acts says his bowels gushed out.”

“You’re right; those are frequently cited,” he replied. “But they’re easily reconciled. Concerning the angels, have you ever noticed that whenever you have two of anything, you also have one? It never fails. Matthew didn’t say there was only one. John was providing more detail by saying there were two.

“As for Judas’ suicide, you hang yourself in a tree or over the edge of a cliff. It was against the law to touch a dead body in those days. So somebody came along later, found his body, cut the rope, and the bloated body fell onto the rocks. What happens? The bowels gush out, just as the Bible says. They’re not contradictory, they’re complementary.”

All in all, I had to admit that Geisler was on track. I remember as an atheist peppering ill-prepared Christians with a flurry of apparent biblical contradictions and discrepancies. They would get flustered and embarrassed because they couldn’t answer them, and I’d walk away feeling smug and self-satisfied.

But because they weren’t able to answer them didn’t mean there weren’t answers. As with the troubling passages about the Canaanites and Elisha, the more I delved into the historical evidence and subjected the issues to scrutiny, the more they tended to fade away as objections.

Why Is It Hard to Believe?

It was almost time for lunch and I was getting hungry. “Do you want to get a bite to eat?” I asked Geisler.

“Sure,” he said. “There’s a little sandwich place down the road.” I glanced through my notes. I thought I had covered everything I wanted to discuss — but then I noticed a quotation I had brought along with me. It was a sentiment that reflected the frustration of a lot of people: why does God make it so difficult to believe in Him? I didn’t want to end the interview without asking Geisler about it.

“One more thing before we go,” I said as I read him the colorful words of a frustrated spiritual seeker:

So if I want to avoid hell, I presumably have to believe that a snake talked to Eve, that a virgin got pregnant from God, that a whale swallowed a prophet, that the Red Sea was parted, and all sorts of other crazy things. Well, if God wants me so bad… why does He make believing in Him so… impossible?.. It seems to me that an all-powerful God could do a much better job of convincing people of His existence than any evangelist ever does… Just write it in the sky, nice and big: “Here’s your proof, Ed. Believe in Me or go to hell! Sincerely, the Almighty.”3

Looking up at Geisler, I said, “What would you say to him?”

Geisler was a bit bemused. “My answer would be that God did do something like that,” he replied. “Psalm 19:1 says, ‘the heavens are telling the glory of God; and the firmament proclaims His handiwork.’ (RSV) In fact, it’s written across the heavens so vividly that more and more scientists who search the stars are becoming Christians.

“The great cosmologist Allan Sandage, who won astronomy’s version of the Nobel Prize, concluded that God is ‘the explanation for the miracle of existence.’4 Sir Fred Hoyle, who devised the steady state theory of the universe to avoid the existence of God, eventually became a believer in an Intelligent Designer of the universe.

“The astrophysicist Hugh Ross, who got his doctorate in astronomy from the University of Toronto and did research on quasars and galaxies, said scientific and historical evidence ‘deeply rooted my confidence in the veracity of the Bible.’5 Robert Jastrow, a confessed agnostic and director of the Mount Wilson observatory and founder of the Goddard Space Institute, concluded the Big Bang points toward God. And I like what mathematical physicist Robert Griffiths said: ‘If we need an atheist for a debate, I go to the philosophy department. The physics department isn’t much use.’6 The evidence, Lee, is so clear.”

Not to a skeptic like Bertrand Russell, I noted. “He said if he someday stands before God and is asked why he never put his faith in Him, he’ll say he hadn’t been given enough evidence,” I reminded him.

Geisler, one of whose hobbies is collecting quotes from atheists and agnostics, pointed out something else Russell said. “He was asked in a Look magazine interview, ‘Under what condition would you believe in God?’ and he essentially said, “Well, if I heard a voice from Heaven and it predicted a series of things and they came to pass, then I guess I’d have to believe there’s some kind of supernatural being.’ ”7

In light of our discussion about the miraculous fulfillment of predictive prophecies in the Bible, the irony in Russell’s statement was obvious.

“I’d say, ‘Mr. Russell, there has been a voice from heaven; it has predicted many things; and we’ve seen them undeniably come to pass,’” Geisler declared.

“Then you don’t think God is making it hard for people to believe?”

“On the contrary, the evidence is there if people will be willing to see it. It’s not for a lack of evidence that people turn from God; it’s from their pride or their will. God is not going to force anyone into the fold. Love never works coercively. It only works persuasively. And there’s plenty of persuasive evidence there.”

I felt an obligation to disclose the identity of the person I quoted as asking why God makes it so difficult to believe. I told Geisler his name is Edward Boyd, and he made that remark to his son, Christian philosopher Gregory Boyd, as they exchanged a series of letters in which they debated the evidence for Christianity. In 1992, after personally weighing the evidence, the formerly skeptical Edward Boyd decided to become a follower of Jesus.8

Geisler smiled at the story, and then he turned personal, even poetic, as he closed by discussing his personal faith.

“For me, I say the same thing that the apostle Peter said: ‘Lord, to whom shall we go? You have the words of eternal life.’ (John 6:68) He’s the only one who not only claimed to be God but proved to be God. When I compare this to all other claimants of all other religions, it’s like the poet who said the night has a thousand eyes and the day has but one; the light of the whole world dies with the setting of the sun.’ ”

Geisler’s voice softened but kept its intensity. “At the midnight of human ignorance, there are a lot of lights in the sky. Noontime, there’s only one. And that’s Jesus Christ, the light of the world. Based on the evidence for who He was, there really aren’t any competitors.

Excerpted with permission from The Case for Faith by Lee Strobel, copyright Lee Strobel.

Who do you know who needs to hear the case for faith in Jesus today? Reach out to them and start the conversation! Come share your thoughts with us on our blog. We want to hear from you! ~ Devotionals Daily