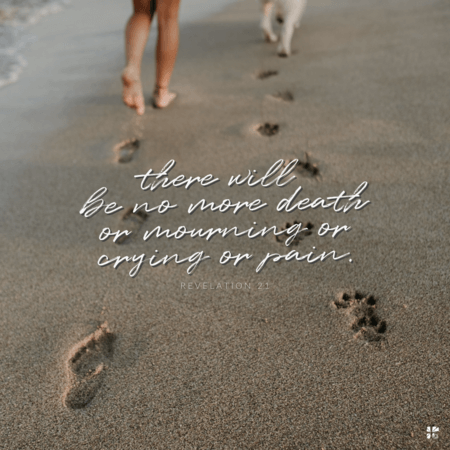 A Question about Eternal Life with God

In a day when speculation about Heaven runs rampant, I’ve found it both exciting and refreshing to carefully examine what Scripture says. ~ Randy Alcorn, “5 Curious Questions About Heaven”

When the topic is Heaven, questions proliferate. The image of a new Heaven and a new earth stimulates our imagination, piques our curiosity, spurs us to search the Scriptures, and makes us hunger all the more for that day when the Lord “will wipe every tear” from our eyes and “there will be no more death or mourning or crying or pain.” 1

And since I had unfettered access to a world-class biblical scholar like Scot McKnight, the journalist in me couldn’t resist exploring seven nettlesome questions about what lies beyond this world. With McKnight’s consent, I flipped my legal pad to a fresh page and, pen in hand, resumed our conversation in the comfortable lounge of a small suburban Chicago church.

But I didn’t start with the most theologically significant issue — or the most profound or even the most consequential. Instead, I began with the question that almost always comes up when talking to any audience.

Question: Will There Be Pets in Heaven?

For McKnight, it was a black Labrador named Sam. For me, it was a giant poodle named Nikki. Childhood pets are warm and wonderful companions — but will we see them again in Heaven?

“Sam used to go on my paper route with me,” recalled McKnight. “But he had the instinct of a retriever, so at first when I’d throw a paper, he’d run after it and bring it back to me.”

Whether it’s a kitten or a hamster, a chinchilla or a parakeet, most families have a furry, feathery, or scaly friend that endears itself to kids and parents alike. Our hearts say we’d love to see them again in eternity, but what do the biblical facts say? Is the title of the animated film All Dogs Go to Heaven a theologically correct assertion?

“As far as animals in general, yes, I believe the new Heaven and new earth will be populated by all sorts of wildlife,” McKnight told me. “Predators and prey will be at peace. Isaiah says that ‘the wolf will live with the lamb, the leopard will lie down with the goat, the calf and the lion and the yearling together; and a little child will lead them.’2 What God makes, God perfects. And what God has made for our world today, He will perfect in the world to come.”

“But what about my dog and yours?” I asked. “Will specific pets greet us in the final Heaven?”

Popular opinion seems to say yes. A survey of the oldest pet cemetery in America, where seventy thousand animals are buried, showed that before the 1980s almost no inscriptions mentioned any hope of Heaven for Fido. But since the 1990s, gravestones often “express the owner’s belief in an afterlife for the pets, as well as the expectation, or at least the hope, that owners and pets will be reunited in the afterlife.”3

McKnight’s response was a smile. “When the theologian Rich Mouw was a kid, he asked his mom whether pets will be in Heaven — and when Mouw was a father, his son asked him the same question. In both cases, the answer was, ‘Well, dogs don’t have souls, you see. But anything is possible with God. He will do what is best for us.’4

“And he will do what’s best for us,” McKnight said. “I’m convinced that Heaven will not be a duller place than this world, and I think the world would be duller without pets. While our focus in Heaven won’t be on pets, I believe it would be just like God to have our dogs there for us.”

“But no cats,” I stressed.
“Absolutely. No cats. That goes without saying.”

Though kidding about kittens, McKnight’s cautious optimism on the topic is the same assessment of many Christian thinkers. Asked about pets in Heaven, philosopher Peter Kreeft playfully replied, “Why not?” 5 He pointed to Psalm 36:6, which some scholars translate, “You save humans and animals alike, O Lord.”6

Said Kreeft, “We were meant from the beginning to have stewardship over the animals; we have not fulfilled that divine plan yet on earth; therefore it seems likely that the right relationship with animals will be part of Heaven… And what better place to begin than with already petted pets?”7

What about Joni Eareckson Tada’s pet schnauzer, Scrappy? “If God brings our pets back to life, it wouldn’t surprise me,” she said. “It would be just like Him. It would be totally in keeping with His genuine character… Exorbitant. Excessive. Extravagant in grace after grace. Of all the dazzling discoveries and ecstatic pleasures Heaven will hold for us, the potential of seeing Scrappy would be pure whimsy — utterly, joyfully, surprisingly superfluous.”8

Hank Hanegraaff, the longtime Bible Answer Man, points out that animals populated the Garden of Eden, “thus there is a precedent for believing that animals will populate Eden restored, as well.” 9 While he said we can’t know for certain if specific pets will be resurrected for eternity, “I for one am not willing to preclude the possibility.”

Absent specific biblical teaching on the topic, theologian Alan Gomes is more circumspect. “Some verses and biblical themes imply that there may well be animals in the ES [eternal state],” he said. However, he added, “If there are animals on the new earth, it is unlikely that they would be the same animals that existed on this earth. That is, God would create new animals, not resurrect previously existing ones.”10

However, Gomes admitted that he lacked personal interest in the issue, since he’s only “modestly fond” of his pet parakeet, Scupper. “Emotionally speaking,” he said, “I really do not have a dog in this fight.”11

Philosopher J. P. Moreland offers both good and bad news. The good news is that although our pets don’t have complex souls like humans, who are uniquely made in God’s image, there is biblical evidence that they do possess some sort of rudimentary soul.12

I hope he’s wrong — for Sam and Nikki’s sake. Oh, and Scrappy. And even a marginally appreciated parakeet named Scupper.

Excerpted with permission from The Case for Heaven by Lee Strobel, copyright Lee Strobel.

What do you think? Do you believe that “all dogs go to Heaven” or do you think not? We would love to hear from you! No matter what, Heaven is going to be awesome! ~ Devotionals Daily