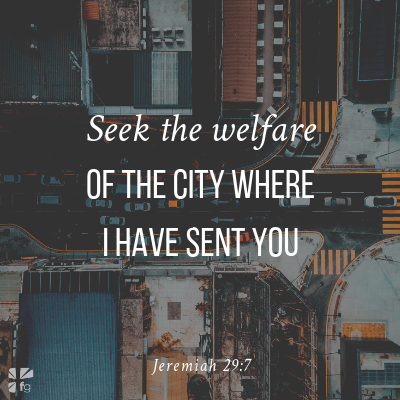 A Place of Strength

For me, the best part about the Church is that God has uniquely wired it as His vehicle to heal and offer grace to hurting people. The church is a shelter from the storms.

There have been times when my sin and guilt and shame have so overtaken me, I felt like I couldn’t go another day. It was in those moments the Church became a place of strength, similar to a tree in a storm. If one tree is standing alone and a storm comes, that tree could be knocked down and uprooted. But if there are thousands of trees standing together in a forest, they all lean with the wind and take the force together, spreading out the winds evenly. That is what the Church is supposed to do — bear one another’s burdens, pray for one another, and confess sins to one another.

When we look at the Church this way, we see its failures differently. A lot of people like to sit on the outside, call it a place full of hypocrites, and throw their sins in the church’s face. But some like to roll up their sleeves and realize they are a part of the problem. When we start following Jesus, we become members of Jesus’ bride. That means when there is a problem in His body — the Church — we lend our part of the body to the healing process.

How stupid would it look if when someone broke a hand, the foot started criticizing the hand? That’s what we look like when we Christians begin to criticize the Church. One part of the body should lend itself to the healing process of another hurting member.

And that is Jesus.

The difference between a critic and a servant is how they approach a problem. A critic stands back and points out the problem; a servant rolls up his or her sleeves and helps solve the problem. The worst part is when the criticism comes from within the same body. A lot of Christians like to lob grenades at one another rather than bear one another’s burdens in love. We often don’t realize the damage we are causing.

When Christ’s body is divided, who bleeds?

But when the church is being the Church, it is a family atmosphere and a place of safety. A place where we help heal each other’s hurt and grief. A place of strength.

The Church in the City

I’ve grown up in the Northwest. Born and raised right outside of Seattle, I went to school near Portland. It’s definitely a place where a good chunk of the society is disillusioned with Church. Some people even move there to get away from a religious atmosphere.

Too many people in the Northwest have been told about Jesus but have never been shown Jesus. It would be ludicrous to say we don’t ever need to tell people about Jesus, but I am saying sometimes we can show the unique power of grace to build bridges and tear down walls.

Right after the financial collapse of 2008, Portland took a major hit, as did other large cities around the nation. People were struggling economically, educationally, and socially. A few predominant churches in the area, including Imago Dei and Solid Rock, saw the need and wanted to fill in the gap.

They got together and approached the openly gay mayor of Portland, Sam Adams. At first he was skeptical. “Would this be about missionary work? Could a liberal city like Portland pull it off?” But the church leaders promised the mission was simply to serve the needs of the city.

This reminds me of what the prophet Jeremiah wrote to Israel:

But seek the welfare of the city where I have sent you into exile, and pray to the Lord on its behalf, for in its welfare you will find your welfare. — Jeremiah 29:7

Isn’t that crazy? God actually called the Israelites to seek the welfare of a city where they had been sent as punishment. He called them to pray for the city on its behalf. Sounds like God cares a lot more than we do.

Back in Portland, churches agreed to serve and not evangelize. Agreeing to serve without preaching, the churches did exactly that. In today’s culture we have to be creative and look for ways to meet basic needs and share Jesus. It’s not one or the other. Social justice isn’t pitted against gospel proclamation. Jesus called us to do both, so let’s start.

The mayor of Portland skeptically agreed to let the churches help serve. They asked what were the greatest needs of the city, and he quickly noted hunger, homelessness, environment, schools, and others.

So what did the churches do? They rolled up their sleeves and got their hands dirty. They sent twenty-six thousand volunteers to work on service projects in each of the main areas of concern. They established SOS (Season of Service) where they serve, regularly showing the compassion, love, and redemption of Jesus corporately. The churches saw it as a beautiful opportunity to live out the already-laid-out job description of the Church — being His hands and feet. I can’t imagine how many non-Christians saw this at first and had no idea what to think.

Ken Weigel of Imago Dei, one of the Portland churches involved, said it best when speaking about their motivation:

“We wanted to bless the city. We wanted the city to miss the church if we were to leave.”

Is that true of you? Your church? Your city? If a meteor hit your church community, would anyone notice or care? And if they did care, would it be out of concern or thankfulness “that church” is gone? We ought to take a hard look at ourselves in our communities and ask if we are truly joining in what Jesus is already doing. When asked about who should get the credit for the Portland churches stepping up, Ken Weigel said, “Jesus showed up long before we got there. Christ is unveiling his kingdom all over Portland. I’m just joining with him.”

And in those moments, the Church becomes beautiful.

Have you found your church family to be a source of strength, comfort, and safety? Are you connected with other believers in a meaningful way, supporting, loving, and praying for others? How are you serving your community to show God’s love outside the church building walls? Come join the conversation on our blog! We would love to hear from you!