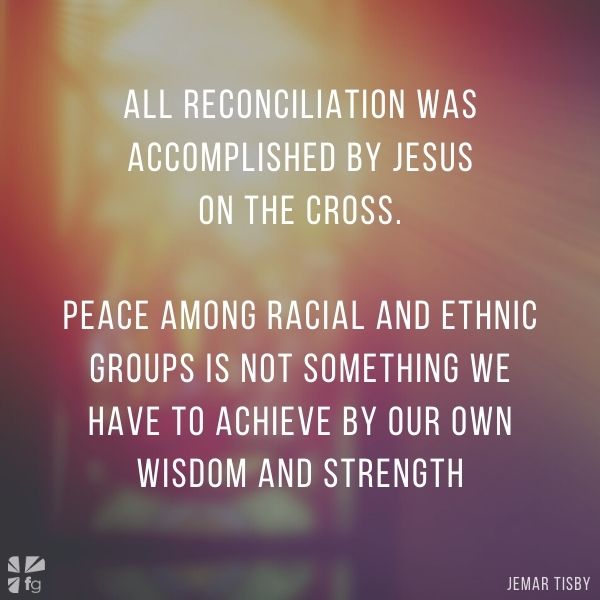 Racism is one of the most polarizing conversations in our world and in the church. So why should the church wade into this difficult topic? In session 1, we’ll make the case for The Color of Compromise.

On September 15, 1963, four little girls Addie Mae Collins, Denise McNair, Carole Robertson, and Cynthia Wesley were brutally murdered in a bombing at the Sixteenth Street Baptist Church in Birmingham, Alabama. The vicious attack killed these four girls and injured at least twenty more people. This was one of many such attacks of intimidation and terror that marked a brutal period of the civil rights movement, a time of violent racial tragedy.

In response to this bombing, a lawyer named Charles Morgan Jr. stood in front of a group of his peers and asked this piercing question, “Who did it? Who threw that bomb?… The answer should be, ‘We all did it.’” Morgan’s question echoes today as we begin our study about racism in the history of the American church, and his quote reveals a key truth about what racial injustice and the history of racism in America needed to succeed: the compromise of Christianity’s biblical and moral convictions. Jemar Tisby points out:

The Color of Compromise tells the truth about American church’s complicity in racism. The purpose of this study guide is to equip you with the truth so that you can share it with others. Together, we can work toward correcting the American church’s embarrassing legacy of complicity regarding systemic racism. This legacy of systemic racism has harmed the lives of ethnic minorities while also sullying the church’s witness to the world. That’s why it is important to tell the truth.

When speaking about racial injustice in the church, it is important to note that we will primarily be speaking about the white church and white Christian responses to Black people in the United States. Not that this is the only divide worth studying. Plenty of other divides can — and should — be explored in depth. And many of the principles covered in this study could be applied more broadly in discussing other forms of racism in the American church.

As you begin this journey, you must be honest and acknowledge how you feel confronting these uncomfortable truths. As Jemar shares with us, this could be a difficult study for several different reasons. Some people who learn these historical facts will characterize the pursuit for racial justice as “Marxist,” “liberal,” or “divisive.” Seeing others respond that way may be frustrating or even painful to hear. Lean in and acknowledge your feelings, remembering that countless other people have faced similar rejection.

Others who watch will be frustrated by the overwhelming task of unlearning the narratives that have been taught to them in the past. These narratives were often taught by people who we trusted to lead us. Identifying and replacing unhelpful teaching with better information will feel painful and, at times, heartbreaking. Do not ignore what you are losing, and honestly grieve what you have lost. No matter when you are taking this journey, remember that it is never too late to do the right thing.

Finally, we encourage you to remember that this study is rooted in Jesus. We believe that the foundation of all reconciliation was accomplished by Jesus on the Cross. Peace among racial and ethnic groups is not something we have to achieve by our own wisdom and strength. The foundation has been laid, and we must begin by receiving the work that has been done for us in faith. As we learn the hard truth about racism in the American church, remember to rest in the truth and victory that Jesus provides us.

With this in mind, pay attention to this word from Jemar as we begin: “The American church needs the carpenter from Nazareth to deconstruct the house that racism built and remake it into a house for all nations. My hope for this video series is that you would move from being actively or passively racist to being actively antiracist. I call you to abandon complicit Christianity and move toward a courageous Christianity.”

Not only did white Christians fail to fight for black equality, they often labored mightily against it. ~ Carolyn DuPont, Mississippi Praying

The refusal to act in the midst of injustice is itself an injustice. Indifference perpetuates oppression… Like a boil that can never be cured so long as it is covered up but must be opened with all its ugliness to the natural medicines of air and light, injustice must be exposed, with all the tension its exposure creates, to the light of human conscience and the air of national opinion before it can be cured. —Dr. Martin Luther King Jr., “Letter from a Birmingham Jail”

We’d love to hear your thoughts on the Color of Compromise. Join the discussion in the comments!