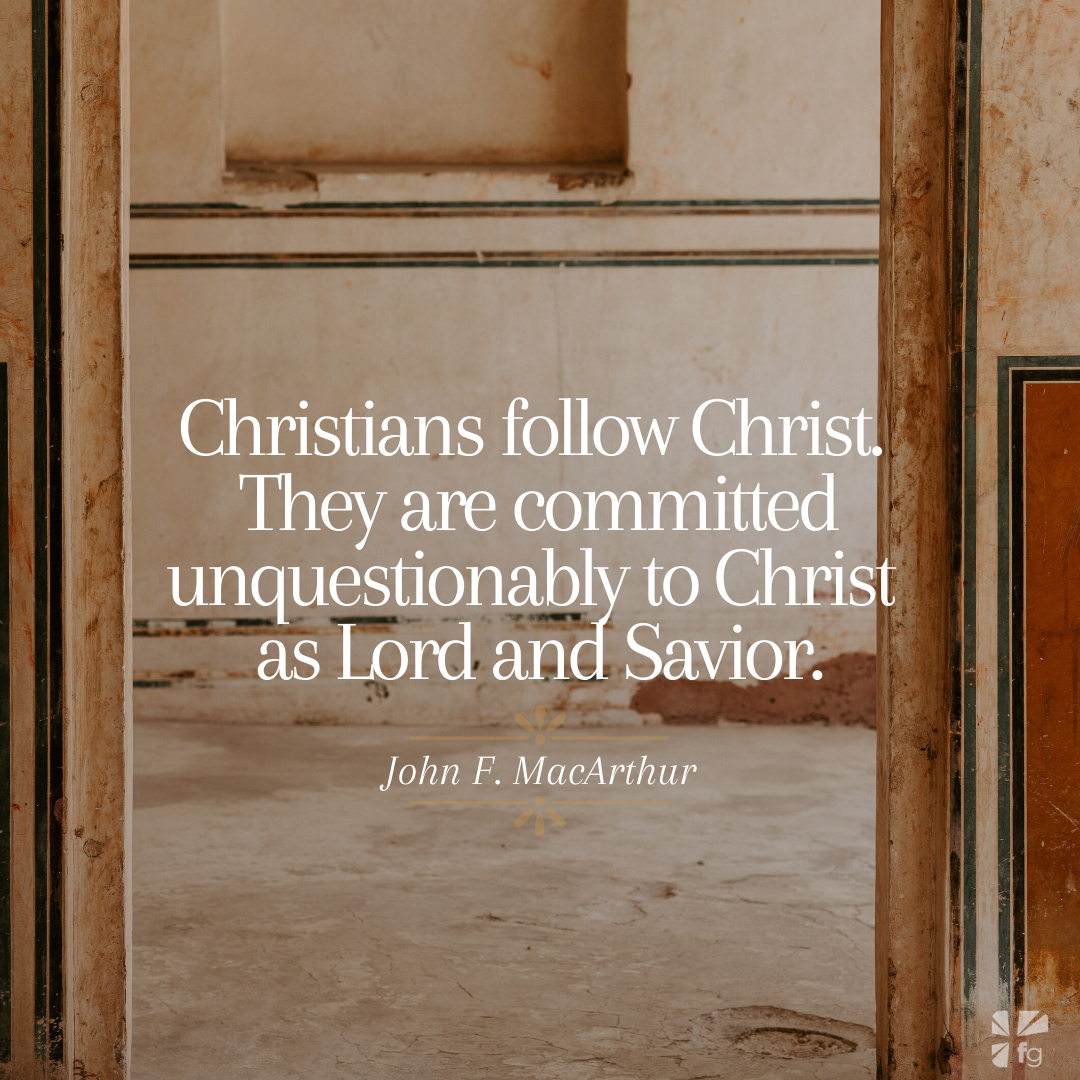 Every Christian is a disciple. In fact, the Lord’s Great Commission was to go into all the world and

make disciples… teaching them to observe all that I commanded you. — Matthew 28:19-20

That means the mission of the Church, and the goal of evangelism, is to make disciples. Disciples are people who believe, those whose faith motivates them to obey all Jesus commanded. The word disciple is used consistently as a synonym for believer throughout the book of Acts (Acts 6:1, Acts 6:2, Acts 6:7; Acts 11:26; Acts 14:20, Acts 14:22; Acts 15:10). Any distinction between the two words is purely artificial. Though introduced by sincere and well-meaning men, it has given birth to a theology of superficial faith that disposes of the hard demands of Jesus.

When Jesus called disciples, He carefully instructed them about the cost of following Him. Half-hearted people who were not willing to make the commitment did not respond. Thus He turned away anyone who was reluctant to pay the price — such as the rich young ruler. He warned all who thought of becoming disciples to count the cost carefully.

Which one of you, when he wants to build a tower, does not first sit down and calculate the cost to see if he has enough to complete it? Otherwise, when he has laid a foundation and is not able to finish, all who observe it begin to ridicule him, saying, ‘This man began to build and was not able to finish’. — Luke 14:28-30

A Christian is not one who simply buys “fire insurance,” who “accepts Christ” just to escape hell. As we have seen repeatedly, true believers’ faith expresses itself in submission and obedience. Christians follow Christ. They are committed unquestionably to Christ as Lord and Savior. They desire to please God. They are humble, meek learners. When they fail, they seek forgiveness and move forward. That is their spirit and their direction.

The call to Christian discipleship explicitly demands just that kind of total dedication. It is full commitment, with nothing knowingly or deliberately held back. No one can come to Christ on any other terms. Those who think they can simply affirm a list of gospel facts and continue to live any way they please should examine themselves to see if they are really in the faith (2 Corinthians 13:5).

Our Lord gave no more definitive statement on discipleship than that. He spells out in the clearest possible language the cost of discipleship. The words are addressed to the Twelve in particular, but they are principles of discipleship applicable to us all. Matthew 10:24 says, “A disciple is not above his teacher.” A disciple here means any disciple, and the words that follow, to the end of the chapter, apply to discipleship in general.

Those who see disciples as a separate class of more dedicated believers will point out that the Twelve — or at least eleven of them — were already believers in Christ and thus did not need instruction on what it means to come to Christ with saving faith. It is true that most of the disciples were undoubtedly already born again, but that does not negate the impact of these words for them. The fact is, these men were already called disciples, too (Matthew 10:1). This was not an invitation to a higher kind of relationship, but a reminder of what had already been established when they believed. Our Lord was continuing to teach them the meaning of faith and salvation, and constantly reminding them of the commitment they had made when they chose to follow Him.

These words apply to you and me as well. Luke 14:25-35 contains similar words — in even stronger language — which Jesus spoke not just to the Twelve, but to the multitudes who came to hear Him.

Matthew 10:2 refers to the Twelve as “apostles.” That means “sent ones.” Their basic training being complete, Jesus sent them out to preach. In this parting charge to them, however, He uses the word disciple, not apostle. His words apply to every disciple, serving as a signpost to every potential follower of Jesus.

Discipleship isn’t cheap. It has a cost. Every person considering following Jesus has to consider whether or not they are willing to follow Him, or if the cost feels too high. But, HE is worth it! Come share your thoughts with us on our blog. We want to hear from you! ~ Devotionals Daily