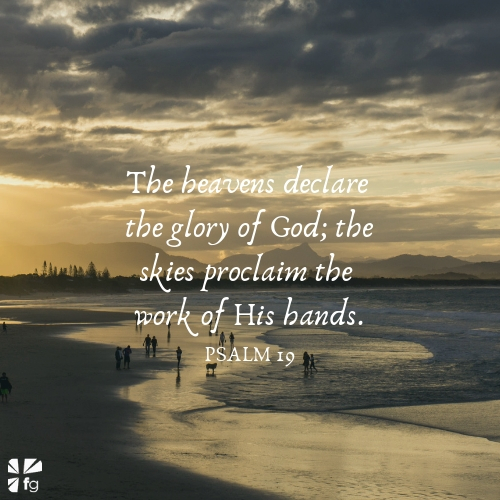 Kaffee: I want the truth!

Jessep: You can’t handle the truth!

~from the film A Few Good Men

Few scenes are as gripping in the movies — or in real life — as the tenacious and effective cross-examination of a witness in a criminal trial. The prosecution may have presented a persuasive case during the first part of the proceedings, but sometimes the persistent questioning of a witness can reverse the entire outcome of a trial.

That’s what happened in the Broadway play and subsequent film A Few Good Men, in which military attorney Daniel Kaffee was assigned to defend two Marines accused of murdering a problem comrade at Guantanamo Bay Naval Base. Kaffee was trying to prove that his clients were merely following the orders of the ambitious base commander, Colonel Nathan R Jessep, who had allegedly ordered a “Code Red” against the victim, which is slang for unsanctioned punishment. 1

In the film’s climactic scene, Kaffee (played by Tom Cruise) relentlessly presses Jessep (portrayed by Jack Nicholson) for the truth about what took place. Jessep’s anger was clearly mounting “Did you order the Code Red?” the lawyer demands. “I did the job I was sent to do,” barks Jessep. With more intensity, Kaffee repeats: “Did you order the Code Red?” That’s when the witness breaks “You’re —— right I did!” Jessep shouts back — and his fate is sealed. He is immediately arrested — his career destroyed — but not before he lunges at Kaffee and threatens to kill him.

That’s great cinema, but in real life witnesses are rarely badgered into confessing to crimes on the witness stand. Skillful and well-prepared attorneys, however, often succeed in casting doubt on a witness’s credibility, poking holes in their opponent’s theories, and generating reason- able doubt in the minds of jurors. I learned quickly as the legal-affairs editor of the Chicago Tribune never to reach conclusions based on hearing only one side of a case.

So far, New Testament historian Michael Licona had presented seemingly conclusive arguments for Jesus’ resurrection by using only five “minimal facts” that are well-evidenced and accepted by the vast majority of critical scholars: Jesus was killed by crucifixion; His disciples believed He rose and appeared to them; the conversion of the church persecutor Paul; the conversion of the skeptic James, who was Jesus’ half-brother; and Jesus’ empty tomb.

Unchallenged, these facts appear to point convincingly toward the verdict that Jesus returned from the dead and thus authenticated his claim to being the unique Son of God. But what happens when these facts are subjected to cross-examination? How would Licona respond to the alternate theories that have been advanced in the last few years by respected scholars, popular authors, and Internet gadflies? Would “the other side of the story” prompt a far different conclusion: That the resurrection is actually more wishful thinking than historic reality?

Licona and I reconvened in my family room. His eyes seemed to take on a heightened intensity as he watched me shuffle through my list of prepared questions. My plan wasn’t to try to provoke, intimidate, or badger him in the style of Tom Cruise’s character; rather, I wanted to test his five facts with the most cogent arguments of critics and see whether Licona’s answers would really hold up. This wasn’t a game of “gotcha”; it was a genuine desire to see how the resurrection would fare against its latest critics.

Since Licona had started his case with the crucifixion of Jesus — confidently declaring that it was “as solid as anything in ancient history” — I decided to begin there too. After all, I mused, the more than one billion Muslims in the world would adamantly dissent from Licona’s assertion. I picked up my well-worn copy of the Qur’an from the coffee table “You say Jesus was killed by crucifixion, but on the contrary, Muslims believe Jesus never really died on the cross,” I said to Licona Finding the fourth surah, I read aloud verses 157 – 58:

That they said (in boast) “We killed Christ Jesus the son of Mary, the Messenger of Allah”; — but they did not kill him, nor crucified him, but so it was made to appear to them, and those who differ therein are full of doubts, with no (certain) knowledge, but only conjecture to follow, for of a surety they did not kill him;—Nay, Allah raised him up unto Himself; and Allah is Exalted in Power, Wise 2

I closed the book and continued “There seem to be two possibilities: either someone was made to look like Jesus and the Romans killed that person, or Jesus was on the cross but Allah made it appear he died when he really didn’t. They put him in a tomb, Allah healed him, and he was taken to heaven Aren’t those possible scenarios?”

Licona’s posture straightened “Well, anything is possible with God,” Licona said, “but the real question is where does the evidence point? In other words, the question does not concern what God can do, but what God did And the Qur’an is not a very credible source when it comes to Jesus.”

“You don’t believe the Qur’an has good credentials?”

“The Qur’an provides a test for people to verify its divine origin: gather the wisest people in the world and call upon the jinn, which are similar to demons but without necessarily all the negative connotations, and try to write a surah, or chapter, that’s as good as one in the Qur’an The implication, of course, is that this can’t be done.”

“I think so, rather easily One person who speaks Arabic wrote what he calls The True Furqan, in which he maintains the style of the Qur’an in Arabic but with a message that’s more Christian than Islamic 3 Some Muslims heard portions of it read and were convinced that it was the Qur’an! One scholar in Arabic dialects told me that some of the classical Arabic in The True Furqan was much more beautiful than anything he had read in the Qur’an So I guess the test has been passed For those of us who can’t read Arabic — which, by the way, includes about 80 percent of the Muslim world — we can perform a test by comparing the first surah of the Qur’an to Psalm 19 of the Bible.”

Licona reached over and picked up my Qur’an to read the first surah out loud:

Closing the Qur’an, he then used his lap-top computer to access Psalm 19 and read it:

The heavens declare the glory of God; the skies proclaim the work of His hands.

Day after day they pour forth speech; night after night they display knowledge.

There is no speech or language where their voice is not heard.

Their voice goes out into all the earth, their words to the ends of the world

In the heavens He has pitched a tent for the sun, which is like a bridegroom coming forth from his pavilion, like a champion rejoicing to run his course.

It rises at one end of the heavens and makes its circuit to the other; nothing is hidden from its heat.

The law of the Lord is perfect, reviving the soul.

The statutes of the Lord are trustworthy, making wise the simple.

The precepts of the Lord are right, giving joy to the heart.

The commands of the Lord are radiant, giving light to the eyes.

The fear of the Lord is pure, enduring forever.

The ordinances of the Lord are sure and altogether righteous.

They are more precious than gold, than much pure gold;

they are sweeter than honey, than honey from the comb.

By them is your servant warned; in keeping them there is great reward.

Who can discern his errors? Forgive my hidden faults.

Keep your servant also from willful sins; may they not rule over me.

Then will I be blameless, innocent of great transgression.

May the words of my mouth and the meditation of my heart be pleasing in your sight, O Lord, my Rock and my Redeemer.

Licona turned to face me “Both the surah and the psalm talk about the goodness and holiness of God,” he said “But when you read them — well, the psalm seems much more pregnant with meaning and much more beautiful to me. Granted, the Arabic surah has a poetic rhythm; however, so does the Hebrew psalm, which is actually a song.”

“But,” I pointed out, “Muslims would say you’ve got to read the surah in Arabic because it’s got a particularly beautiful flow in that language.”

“I’d reply, ‘Can you read Hebrew?’” said Licona “If not, how do you know that the Arabic is better than the Hebrew song, which has a flowing rhythm similar to the surah? It really comes down to what language sounds best to you, sort of like choosing between McDonalds and Burger King It’s very subjective, don’t you think? That’s why it’s not a good test of the Qur’an’s divine nature.

“In contrast, Jesus provided a historical event — His resurrection — as the test by which we can know his message is true Now, that’s a good test, because a resurrection isn’t going to happen unless God does it.”

Excerpted with permission from In Defense of Jesus by Lee Strobel, copyright Lee Strobel.

Have you examined the Cross? Have you asked the questions that those who do not believe in Jesus’ divinity, birth, crucifixion, death, and resurrection have asked? Have you opened up these kinds of questions with unbelievers? It doesn’t have to be a courtroom brawl or a game of “gotcha”. Come share with us on our blog. We want to hear from you about examining the truth about Jesus and the Cross! ~ Devotionals Daily