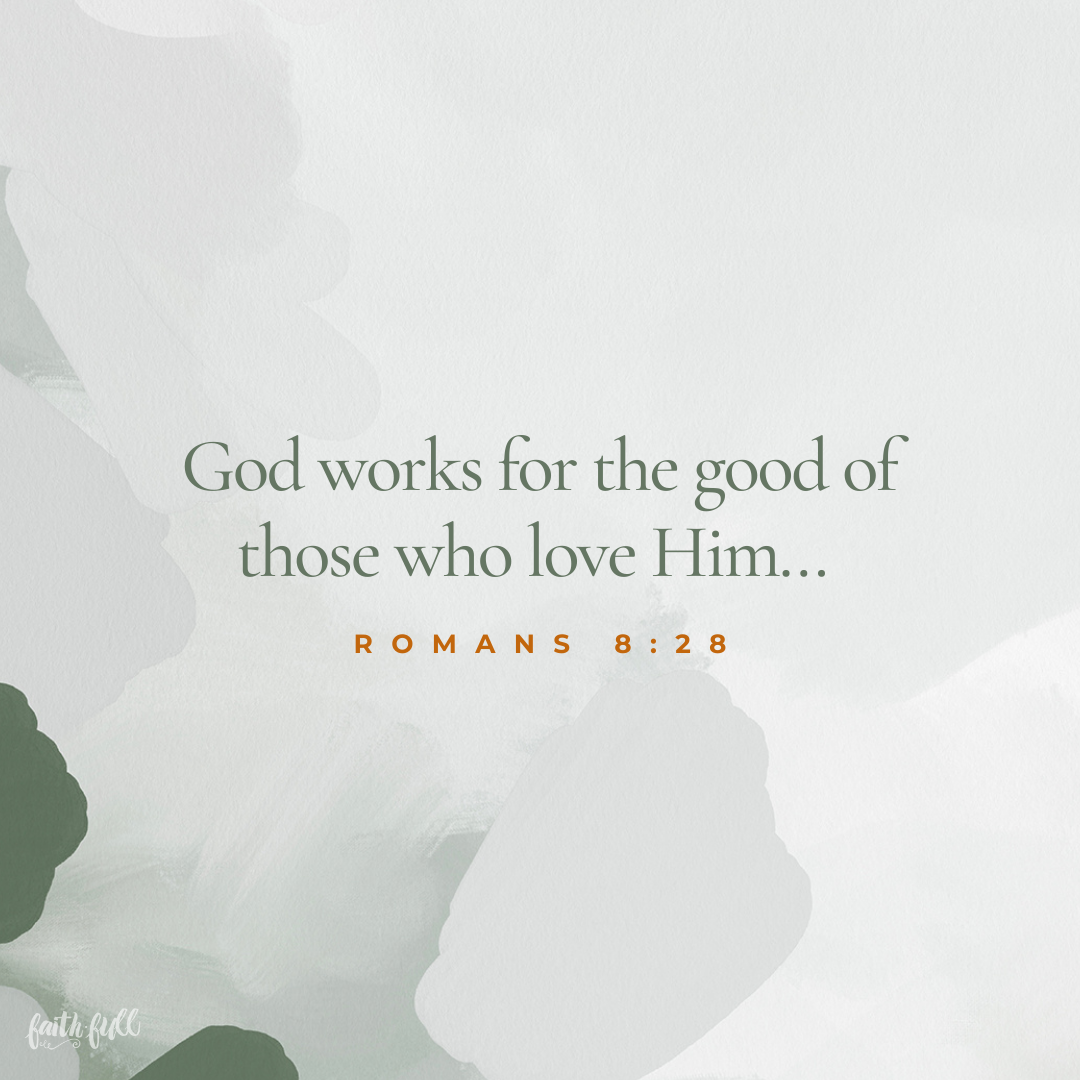 Editor’s Note: Katherine and Jay married right after college and sought adventure far from home in Los Angeles, CA. As they pursued their dreams, they planted their lives in the city and in their church community. Their son, James, came along unexpectedly in the fall of 2007, and just 6 months later, everything changed in a moment for this young family. Be encouraged by this excerpt written by Jay.

After Katherine was whisked off to surgery at UCLA, I was directed to a yellow line that would lead me from the ER waiting room to the OR waiting room. It wasn’t exactly a yellow brick road, but a harrowing journey was clearly beginning. As I walked the line, a shift occurred, and my perspective became detached, like watching a film of myself methodically walking a yellow tightrope, as if with the slightest misstep all would be lost. Behind me trailed a quiet collection of the familiar faces of those friends who had dropped whatever they were doing in the middle of their Monday afternoons and had come to be with me. They were part ragtag army, part funeral processional. In that surreal, disembodied dirge, there was a surprising sense of integration, like all these disparate pieces and people were somehow coming together.

As we flooded out of the elevator into our destination, a rising sense of communal purpose came with us. The self-preserving mechanisms of shock and grief gave way to love. Though I had been around church people my entire life, something altogether unique began happening in and among us, something altogether spiritual. In such times of shock, often the most natural response is, “God, where are You?”

I suppose in that moment, I realized that when we most need our intangible God to be made tangible, we need look no further than His people to make Him manifest.

Not long after we had settled into the new waiting room, I was called to collect Katherine’s personal belongings from the pre-op suite. A surgical assistant handed me a bag of Katherine’s clothes and took special care to give me a little baggy with Katherine’s wedding rings in it. “They had to cut the wedding band off because her finger was too swollen to remove it.” I gasped. Somehow the sight of those two pieces of broken metal felt like a punch in the gut. I remembered my dad’s words at our wedding before we exchanged our rings. “These look like pretty great rings,” he said. “They’re made of some of the strongest, most valuable metals around. Each time the sun glints off them or you feel them twist on your finger, be reminded that your marriage is made of something even stronger and more beautiful.” I exhaled deeply, talking to the image of wedding-day dad: “Well, what should I be reminded of when this symbol of beauty and strength breaks right down the middle?”

I exhaled again and then again, hoping to dissipate these brutal thoughts and the rising swell of tears. I held the two half-circle pieces in my palm, their new edges sharp. My heart shuddered. Was this somehow a sign that my wife and our marriage were now shattered forever? And then, it was as if I heard that same wedding-day dad say, “She may be broken, but you’re going to help put her back together again.”

Around that same time, about twenty-five hundred miles away, our families began making frantic preparations to travel to LA. My in-laws in Athens, Georgia, had called their close doctor friend, desperate for some information and advice to better understand the severity of Katherine’s diagnosis and what they should do. This doctor instantly knew that bleeding in the brain near the brain stem was a matter of life-and-death. “Any matter with a daughter is serious,” he told them calmly but earnestly. “You should go to her now.”

My mother-in-law raced to catch the next cross-country flight heading west. My dad in Montgomery, Alabama, began similarly moving to catch a flight out of Atlanta, more than two hours away. A pair of his friends offered to get him there. On the high-speed ride, Dad called his doctor friend, a neurosurgeon, who more bluntly assessed the situation: “The laws of nature will have to be suspended in order for Katherine to survive.”

As the hours passed, the crowd in vigil for Katherine grew and grew until nearly a hundred souls gathered in that hospital waiting room. There were tears and hushed whispers, but there were also bursts of laughter and aromas of pizza and quiet singing. That underwhelming space, with its chipped paint and stained rug and cracked armrests, began to metamorphose into something altogether different. In the gathering and in the praying and in the breaking of bread (or crust, as it were), the common elements were transubstantiated into a holy experience, as holy as any ancient cathedral or Communion because they were offered, not in the absence of suffering, but right in the midst of it.

The sun set, and the crowd flowed outside to the attached courtyard for some fresh air and prayer together. I lingered inside for a moment, gripping a battered crimson Gideon’s Bible as if my life depended on it. Having grown up in a large church, I was accustomed to engaging a crowd for an extended period of time, but it was taking a toll on my natural introvert tendencies. Nonetheless, it was a wonderful distraction from the clock, which seemed to move so slowly that I actually thought it might have been broken. The surgery was scheduled to last eight hours, and the time could not pass quickly enough. If I stopped talking or moving too long, my mind instantly tortured me with a horrifying slideshow of the bloody scene unfolding in the operating room a few floors below. As our thoughts tend to do, mine refused to be tamed unless I distracted myself or until I finally remembered to pray those thoughts away.

I unconsciously flipped through the pages of that dog-eared Bible, wondering whose tears had fallen on its pages, whose hands had held it looking for comfort and answers. My eyes landed on the book of Romans, and I turned to the eighth chapter, Katherine’s favorite. According to family lore, when Amie was young, she was required to memorize some verses from Romans 8. Not to be outdone by her little sister, Katherine, the perpetual firstborn, took it upon herself to memorize the whole chapter.

I consider that our present sufferings are not worth comparing with the glory that will be revealed in us.

As I read the words, a strange conflict torqued my insides. I had never read this passage in a context like my present experience — one of real suffering, one that seemed devoid of anything good.

And we know in all things, God works for the good of those who love Him, who have been called according to His purpose.

The brokenness of that moment, of all the broken moments of creation, tremored down my spine, opening my eyes, as if for the first time, to the reality of this world. How, God, could this be true? How could there be any good in this thing?

Looking up from the pages, I glanced through the waiting-room window to the patio filled with my people, circled up, hands linked, praying. Earlier that day, word of Katherine’s stroke spread like wildfire on social media and through emails and telephone chains. We would later learn that people all over the world were praying for Katherine, some unexplainably roused from sleep in the middle of the night, prompted to pray again while her surgery continued. Could there be a more comforting thought than knowing you are being prayed for when your own prayers have been stretched to their breaking point?

I joined the group outside, the California night pleasantly cool, the tall evergreens silhouetted against the bright moon and stars. We were all praying — pleading with God, comforted by the sureness of His grace, and wincing at the thought of Katherine’s pain. As that time came to a close, I stood in front of the group and thanked them for their presence, assuring them that I felt anything but alone. I opened that well-used Bible and began reading the whole chapter of Romans 8. As the passage climaxed at the thirty-eighth verse, my voice faltered. My throat seized up so hard that I could barely even swallow. Hot tears filled my eyes and splashed down on the page below. I knew I could either obligatorily just read these words, or I could actually try to believe them, believe them so fervently as to stake everything on them — my life and Katherine’s too. My voice returned, and I read these words with a new sense of peace.

For I am convinced that neither death nor life, neither angels nor demons, neither the present nor the future, nor any powers, neither height nor depth, nor anything else in all creation, will be able to separate us from the love of God that is in Christ Jesus our Lord. — Romans 8:38-39

In that moment, I released Katherine from my feeble grip and into God’s. I knew that, though Katherine may well lose her life, she would never lose the indomitable goodness and inexplicable love of God. And neither would I.

Excerpted with permission from Hope Heals: A True Story Of Overwhelming Loss And An Overcoming Love by Katherine & Jay Wolf, copyright Katherine Wolf and Jay Wolf.

In times of deepest trauma, loss, suffering, and brokenness, we are right in the very center of the love of God. The profound holiness of those moments is stunning. Have you fully embraced the truths in Romans 8? Take a moment and read it today as you think about Katherine and Jay’s story and your own as well. We’d love to hear from you! Share your thoughts on broken dreams, suffering, and finding Jesus right in the middle of it. ~ Laurie McClure, Faith.Full