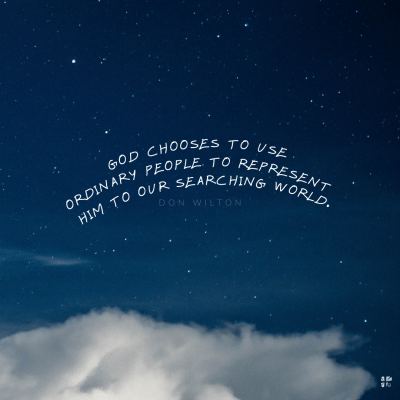 Saturdays with Billy is a book about one man.  Just one man.  Billy Graham, beloved servant of the Lord Jesus Christ.  One man whose life spanned decades and whose influence touched millions.  One man, friend to thousands, confidant to prime ministers, presidents, kings and queens. One man, often referred to as “America’s pastor”.  One man and his God.

This book makes no effort to be a biography.  It is not a literary piece of art.  How can it be?  It is just the showing of a picture.  In this picture there happens to be two men.  One who is a nobody who considers himself to be a somebody talking with a somebody who considered himself a nobody!  Go figure.  Everything is backwards.  It is not the way it usually always is.  It is upside down.  How can a somebody be a nobody at the same time?  This is not even human.  Yet it is.  I saw it.  I looked upon it for over two decades.  I wrote about it.  God saw it.  We all knew it.  Millions are in Heaven today because they were drawn to it.

It was the face of God’s grace.

Regardless of one’s theology, one thing is certain.

God chooses to use ordinary people to represent Him to our searching world.

Abraham, Ruth, Hannah, Peter, Paul and Timothy – men and women throughout the ages.  Even when the dead man cried out to Abraham, begging someone from the dead be sent back to rescue his five brothers who were still alive, he was told, “they have Moses (the Word of God) and the prophets (the people of God) – let them hear them!” (Luke 16:29)

While the Holy Spirit is the only means by which people can be convicted of their sin, God’s chosen method of evangelism is those who believe in His name.

Most Saturdays with Billy saw two friends doing what friends do best.  Two men, one a pastor and the other, well, you have heard of him.  We laughed our heads off together, talked about every subject known to mankind, ate delicious meals one after the other, delved deep into the Bible from one chapter to another, and shared in prayer and intercession before our Heavenly Father.  It was as though His mission and purpose in life was the motivation for his life. There was no boast, no glory, no self – ever it seemed.  In fact, how does one explain the fly on the wall?  Could this fly have seen and observed this close, intimate and personal friendship he would have been convinced that the nobody in the room was actually the somebody – given the way the somebody always treated the nobody as somebody.  Never an exception.  And, oh, by the way, everybody who came to visit this somebody was treated the same. All who left Billy Graham’s presence felt like they actually were somebody!  It was in his face.

Mr. Graham’s face reflected his heart.  It was not simply an outward appearance.  It was a deep, inner, spiritual alliance.  It was as though he was directly connected to all that Jesus is – humble, lowly, loving, tender hearted, kind, generous, long-suffering, and very serious about the things that really matter.  Joyful for certain, frivolous not so much.  Earnest yet embracing.  Forgiving yet unyielding in determination to do what is right in the eyes of God.  He carried a profound respect for the opinions of the masses but never an accommodation of the court of public opinion when it came to the Word of the Living God.

This face of God’s grace was instant.  There was no wait.  It did not depend on the right word or the right gift or the right reference.  There was no need to impress first in order to garner or gain attention and love. My first visit to the beautiful homestead in those beautiful mountains bore witness to this most amazing, seemingly unattainable attribute.  The car pulled up outside the side door of the home and there they were.  Mr. and Mrs. Billy Graham.  He looked so relaxed and dapper in his blue jeans and sweater, and she looked so very beautiful in every way.  The car door opened and I was given a royal escort into this most magnificent haven.  Cups of tea, laughter, stories about Scotland seemed to last a lifetime.  It was as though this had to be dream.

This was Billy and Ruth Graham.  People knew him.  They all loved him. He had been to Camp David.  And the White House.  And Buckingham Palace for tea with the Queen!

I stood at attention at the head of Mr. Graham’s casket at the very bottom steps of the Rotunda.  “Ready… step” the command came as we slow marched  up all the steps.  The ceremonial knock on the door was done with distinctive authority.  The door opened and there they were.  Potentially the most powerful people in the world from the president of the United States of America, to the members of Congress and the senate, to the Justices of the Supreme Court.  They were all standing in silence and deep respect.

One by one they stood and spoke of the testimony and influence of this one man for God.  Christian recording artist Michael W. Smith began to play, “Just as I am, without one plea…”

Right there I understood.  It all came together.

May I never boast except in the cross of Christ… — Galatians 6:14

I did ask Mr. Graham who would follow him, be like him and reach people for Christ just as he did. “Why Don,” he replied, “you will!”

And, for just fleeting second, I thought I was somebody again!  Except Mr. Graham went on to say, “and every single person who loves the Lord Jesus!”

There it is.  Jesus loves us, saves us and then sends us all out to show the face of God’s grace to our searching world.

Written for Devotionals Daily by Don Wilton, author of Saturdays with Billy.

It would be easy to think that Billy Graham was just an extraordinary person. But, time and time again, God chooses to use ordinary people to represent Him to our searching world. People like all of us who believe in Him! ~ Devotionals Daily