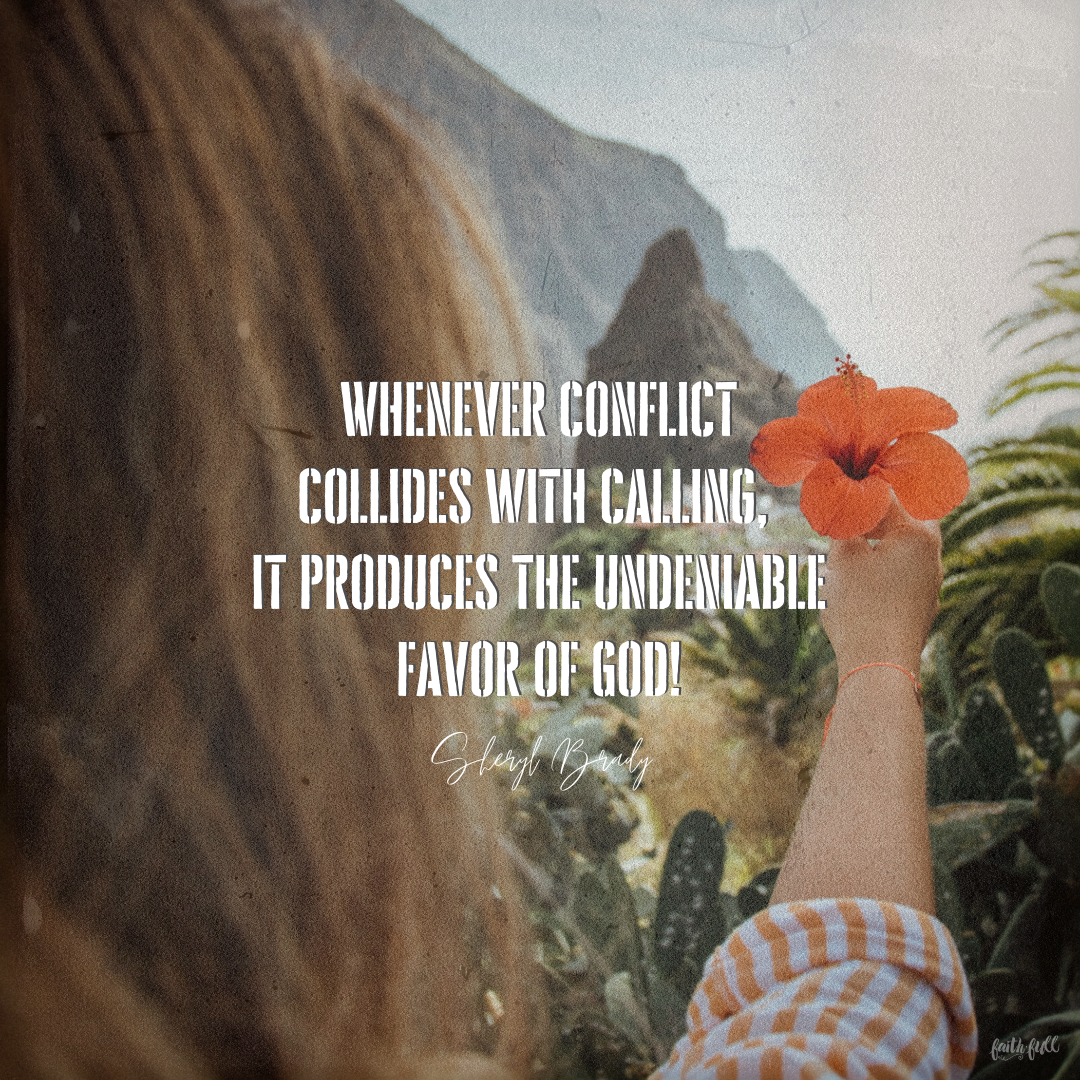 What if the only thing standing between where you are and where God has called you to be is a fight?

It might be the last thing you expected, especially on your journey with Christ. We’re taught that “blessed are the peace-makers” and that we should “make every effort to live in peace” (Matthew 5:9; Hebrews 12:14). Jesus Himself said,

And though those scriptures are true, we are also encouraged to “put on the whole armor of God” and “fight the good fight of faith” (Ephesians 6:11 KJV; 1 Timothy 6:12). You see, both ends of the spectrum are not mutually exclusive.

As you strive for peace it doesn’t negate that often significant moments are marked by a fight.

Jacob’s name was changed to Israel only after a fight (Genesis 32:22-31). Saul’s name was only changed to Paul after he was knocked to the ground (Acts 9). David was promoted from shepherd boy to king after his fight with Goliath.

It is interesting to note that David was used to fighting animals but had not been trained in tactics of warfare, especially to fight someone as colossal as Goliath. While his opponent had changed, his weapons had not. What David learned in his seemingly insignificant moments is what enabled him to defeat a significant giant. The same slingshot he had used in old battles, he used to bring down his new enemy. It’s important to never get into today’s conflict and disregard yesterday’s weapons. If it was integrity, honesty, hard work, commitment, or sacrifice that got you there, let it be those same values that help keep you there!

It is also interesting to note that the giant David was fighting was immensely larger than anyone David had ever fought before. This suggests that standing between every significant moment is not only a fight but an opponent who is bigger than you. David had to be willing to deal with an oversized issue to transition from where he was to where he was going.

Take your best shot. God has already gone before you, and the giants will fall.

Last, we see that David’s fight went public. While most would like to keep our giants a secret, God often arranges a public fight to prove to you and everyone who is watching that your last moment doesn’t define your next move. God wanted Israel to understand that, while the field was part of David’s past, it would not be a part of his ultimate future. And how people perceived him to be was not at all who God had called him to be. Some battles require an audience, and some victories must be witnessed by others. God will not hide you forever. There will come a time when you will be faced with a fight that will usher you into your future.

Needless to say, after David’s epic victory over Goliath he quickly became a household name. Parades were held in his honor, and songs were written about his immense bravery. People even began comparing him to the current king of Israel, Saul. His public fight proved he had favor with God, but these public celebrations proved he had gained favor with man.

Note the favor did not come to David because he asked for it. There was no vote, drawing, or poll that could have possibly named him as the winner. He wasn’t next in line for the throne, nor did he have training in military warfare. David found favor because he mastered the ability to manage a hard moment. We have all had to work our way through hard moments. Whether it was rejection by someone close to us, the death of a family member, the loss of a job, a divorce, or a bad diagnosis, it’s our ability to manage the difficulty of those moments that reveals the destiny of the next. Favor is a real force.

It is a head-on collision between conflict and calling.

Whenever conflict collides with calling, it produces the undeniable favor of God!

In addition to David’s ability to manage hard moments, he understood that if he was going to maintain favor, he was going to have to remain focused. While slaying Goliath and being anointed as Israel’s next king was more than enough to give him notoriety, David returned to his father’s house and continued to tend sheep. David didn’t allow favor to cause him to neglect his current assignment. If we are going to be the leader that God has called us to be, we must never allow “what’s next” to distract us from “what’s now.” David understood that his ability to remain faithful to this moment would qualify him for many moments to come.

Never allow ambition to cause you to neglect where you are in the pursuit of where you want to be. Take a moment and evaluate any unfinished business you may still be carrying from your past. Did you finish the work of the last season, or did you leave it undone in a rush to get to this one? How did you leave the last church you served or your last place of employment? Did you finish your assignment (what you had been tasked to do), or will someone else have to pick up the slack of a work you left unfinished? Make no mistake about it, leaving past assignments the right way can be daunting, but the integrity of a person is not determined by their favor, but rather by the condition in which they left their field.

Many are called, but few are chosen. — KJV

The fact that you are reading this book signifies that you have heard the call! Don’t devalue yourself and despise where you are; refuse to underestimate where you are destined to go. Even if you are struggling with feelings of inadequacy, God will use moments to make us into what He has called us to be.

Moments are a gift. Don’t miss them! Don’t be intimidated, overwhelmed, or frightened by them either. Every moment measures and prepares us. Every moment has value. Every moment matters. How we manage our moments, both large and small, determines what doors God will open on our behalf. If we are faithful even in just a few of them, God will make us ruler over many (Matthew 25:21).

Don’t miss the moment! If a fight is between you and what God has for your life, pick that battle! Don’t miss the favor of God out of fear. Let’s do this! Come share your thoughts with us on our blog. We want to hear from you! ~ Laurie McClure, Faith.Full