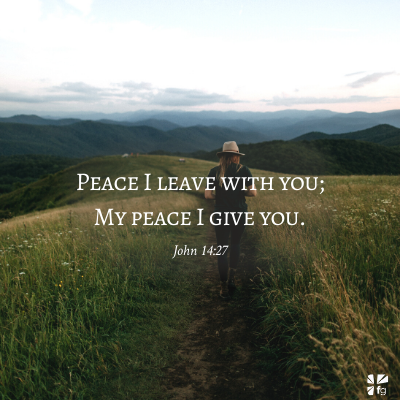 Moving from volcano and earthquake country to tornado country required my (Wayde) family to adjust our thinking. In Seattle we frequently heard predictions of what would happen if Mount Rainier erupted, and the frightening memory of the eruption of Mount Saint Helens is very much alive throughout the Pacific Northwest. We were used to the idea that a mountain might blow or an earthquake could happen somewhere along one of the faults that ripple through the West Coast. Tornadoes are different. They have similar devastating results, but the threat comes from above the ground rather than below.

In the final scene of Twister an F5 tornado over a mile wide chases the two main characters, Bill and Jo, as they run for their lives. They first seek safety in an old barn, but the fierce winds pick up metal objects in the barn and hurl them through the air like knives. Next, they race to an old pump house and fasten themselves with leather straps to some pipes that go thirty feet underground.

When the tornado moves over them, it rips the pump house from its foundation and carries it away in a swirling black mass. Then the twister tries to draw them upward into its core, but as they cling desperately to the pipes, the leather straps keep them anchored to the earth. After the tornado finally passes, the camera looks down on the scene from high in the air. Although there is an enormous path of destruction many miles long and over a mile wide, for some reason an old farmhouse stands alone and undisturbed.

Though the story is fictional, the thought came to me that the scene is much like the experiences we have throughout life. Storms come and go — bad things happen to good people, and wonderful, godly people experience tragedy (just ask Job), but for the believer there is peace.

The Bible never promises that we will escape the storms of life; it does, however, promise us peace and protection in the midst of those storms.

Peace is the third portion of the fruit of the Spirit listed in Galatians 5:22-23. Every human heart yearns for it. Jesus promised His disciples,

The Greek word for peace (eirënë) in this verse means more than living a life with no conflict or being quiet, still, and at rest. It is used for the calmness that a nation or city enjoys when it has a caring, competent, and secure leader. William Barclay writes that in biblical times “villages had an official who was called the superintendent of the village’s eirënë, the keeper of public peace.”1 Having this kind of peace means having tranquility in your heart that originates from the understanding that your life is truly in the hands of a loving God. It means experiencing quiet in your inner self.

Don’t misunderstand. Having peace doesn’t mean that you will not have conflict, stress, or difficult times. For some, becoming Christians and living godly lives have brought more difficulty (persecution) than they would have experienced as non-Christians. While in prison Paul wrote,

I have learned to be content whatever the circumstances. — Philippians 4:11

When the fruit of peace is produced within us by the Holy Spirit, we can live life to the fullest in harmony and tranquility in spite of our circumstances. As we learn to depend on the Holy Spirit and understand that He will be with us in every situation, we will be more at rest and anxiety will be further away.

In the children’s book (which is really a book for every age) The Velveteen Rabbit, Margery Williams tells the imaginary story of a stuffed rabbit who came to life because its owner loved it. The following is a conversation between the rabbit and the toy riding horse.

“What is REAL?” asked the rabbit one day, when they were lying side by side near the nursery fender, before Nana came to tidy the room. “Does it mean having things that buzz inside you and stick-out handles?”

“Real isn’t how you are made,” said the Skin Horse. “It’s a thing that happens to you. When a child loves you for a long, long time, not just to play with, but REALLY loves you, then you become Real.”

“Does it hurt?” asked the Rabbit.

“Sometimes,” said the Skin Horse, for he was always truthful. “When you are Real you don’t mind being hurt.”

“Does it happen all at once, like being wound up,” he asked, “or bit by bit?”

“It doesn’t happen all at once,” said the Skin Horse. “You become. It takes a long time. That’s why it doesn’t often happen to people who break easily, or have sharp edges, or who have to be carefully kept. Generally, by the time you are Real, most of your hair has been loved off, and your eyes drop out and you get loose in the joints and very shabby. But these things don’t matter at all, because once you are Real you can’t be ugly, except to people who don’t understand.”2

As we grow in our relationship with Christ and realize that He is always loving us, praying for us, and caring for us, our deep sense of peace will be more consistent in whatever life brings. While in a very difficult place in life, Paul wrote,

The peace of God, which transcends all understanding, will guard your hearts and minds in Christ Jesus. — Philippians 4:7

Thus we can see that our peace comes from the one to whom we are connected. And therefore unbelievers cannot experience or understand the peace believers enjoy.

Peace doesn’t come as a result of changing our circumstances. Rather, it is a supernatural power that flows through us and pushes out turmoil, worry, and anxiety. Immediately upon becoming Christians we sense peace in our lives. But because of life’s battles, trials, and difficulties, our focus can be thrown off. That is probably why Paul wrote in Colossians 3:15-16 that we are to “let the peace of Christ rule in [our] hearts” and “let the word of Christ dwell in [us] richly.” We must not allow life’s circumstances to take away our peace. Rather, we must determine to cling to the promises of God’s Word so that our hearts and minds are guarded from worry. With time, maturity, and a growing trust in God, we can learn to be “content whatever the circumstances.”

In all of Paul’s thirteen letters he writes, “Grace and peace to you.” Not once does he say, “Peace and grace to you.” It is as if he is saying that people can never begin to experience true peace until they have experienced God’s grace through salvation. Paul desires that his brothers and sisters grow in God’s grace, because he is certain that the more people understand God’s rich grace, mercy, and forgiveness, the more they will live a life that will be unruffled by life’s circumstances. God’s peace transcends the understanding of the world, other religions, and psychological theories; only those in whom the Holy Spirit dwells can truly understand it.

TRUE PEACE BEGINS WHEN A PERSON MEETS THE “PRINCE OF PEACE” (ISAIAH 9:6)

Popular radio commentator Paul Harvey tells the fascinating story of a boy named John who lived in the eighteenth century.

When John was eleven, his father — a master of a ship in the Mediterranean trade — took the boy on board.

Yet what John had gained from his father’s knowledge of sailing, he had lost in discipline. John was soon arrested for desertion, publicly flogged and demoted to common sailor.

At twenty-one, John hopped on an outbound ship from the African coast called the Greyhound, on which he presently returned to the depravity of his teens.

Associating with the lowest of crew members, John ridiculed the upright seamen in his company, ridiculed the ship’s captain — even ridiculed a book he had found on board. A book entitled The Imitation of Christ. Clearly, he remembered joking about that book one bright afternoon.

Ordinarily such damage would send a ship to the bottom within a few minutes. In this case, the Greyhound’s buoyant cargo bought a few hours of precious time.

After nine hours at the pumps, John overheard a desperate remark from one of the crew. They were all goners, he said.

And almost in answer, John — unwittingly and for the first time in his life — prayed. “If this will not do, the Lord have mercy on us!”

The record shows that the Greyhound did not go down.

Although one might have expected John’s prayer of emergency to be quickly forgotten, it was remembered unto his death. Each year he observed the anniversary of that most significant incident with prayer and fasting. In a very real sense, he observed it throughout each remaining day of his life.

For John retired from the sea to become a minister. Also a writer of verse.3

John’s last name was Newton. He is the man who wrote the words to the ever-popular song “Amazing Grace.”

Amazing grace! How sweet the sound, That saved a wretch like me! I once was lost, but now am found, Was blind, but now I see.

As believers in Jesus Christ we have a peace that those without Christ can never know. No other religious leader — not the Dalai Lama, a Mormon bishop, a New Age guru, or Mohammed himself — can give the kind of peace Jesus gives. He said,

Anxiety is everywhere. Everyone we know goes through times of extreme stress and trial. Do you know what anchor of peace is in the life of the believer? Jesus. Just Him. Are you tethered to Him during your storm? Come share with us on our blog. We want to hear from you! ~ Devotionals Daily