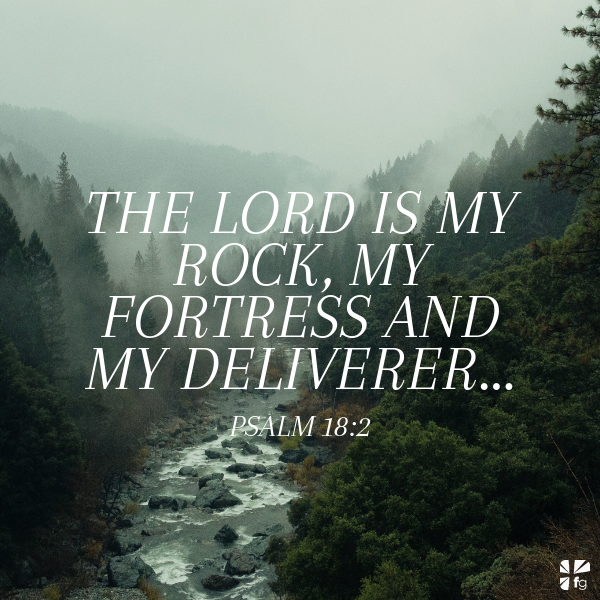 Psalm 18 is often referred to as the grateful retrospect.1

The title says David sang this song to the Lord when the Lord delivered him from the hand of all his enemies, including Saul. This psalm is written after Saul’s death in the period just before David, at long last, ascends the throne to become Israel’s king. Since the moment God declared David would be the future king of Israel, he faced nothing but trouble and hardship. In fact, he spent twenty years on the run as a fugitive and lost everything. He spent his youth running, fighting, and hiding in caves. He lost all his comforts, his family, and his connection and relationships with his own people.

At times, he even lost his close relationship with God. Now Saul was dead and David was about to be king. He sat down, looked back, and wrote a love letter to God. He not only thanked God for rescuing him, but also for all God had done for him while in the midst of his many adversities. In the end, he was thankful for his difficult journey thus far, for it had made him the man he had become. He knew the years of trouble had done something good and necessary in his life and prepared him for what was to come.

In grateful retrospect, he knew his faith had been tested because what he used to know and believe by faith, he now knew God had brought David to the throne and given him light to rule. After twenty years fighting through darkness, he wasn’t overcome or exhausted, but supernaturally strengthened. David spoke of the great things he could do empowered by God, but marveled at God’s perfect plan and perfect way.

God had proven His character and the character of His Word. God had never failed David.

David passed every test and every word was proven true. David cried out and asked the question, who else but this God of his could be Lord? No others had proven themselves to be true.

How would you write your grateful retrospect? God comes through for us. If your faith is tested, remember He is our Rock, the One we can depend upon, the One who deserves our thanks. Come share your gratitude on our blog! We would love to hear from you! ~ Devotionals Daily