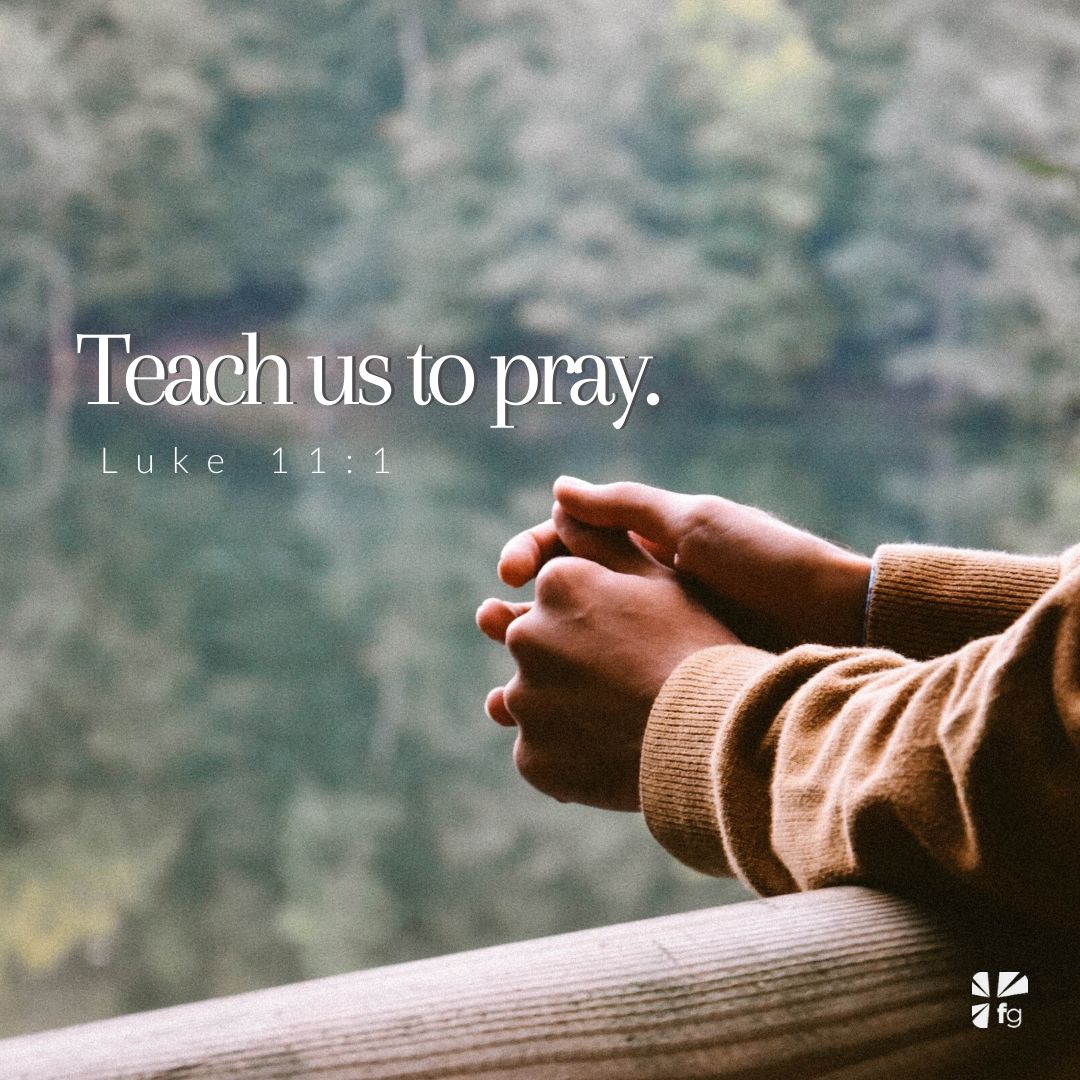 As John Eldredge and Brent Curtis articulated in The Sacred Romance, in John 1 we find a secret to the fabric of all creation.

At the center of creation itself was loving relationship, particularly the relationship between a parent and a child, a Father and a Son. In the overflow of the generous love of the Trinity, human beings were created for adoption into the family of the Trinity as beloved sons and daughters. In his letter to the Ephesians, Paul put words to the wonder of God’s pleasure in creating humans as the focus of His love.

How blessed is God! And what a blessing He is! He’s the Father of our Master, Jesus Christ, and takes us to the high places of blessing in Him. Long before He laid down earth’s foundations, He had us in mind, had settled on us as the focus of His love, to be made whole and holy by His love. Long, long ago He decided to adopt us into His family through Jesus Christ. (What pleasure He took in planning this!) He wanted us to enter into the celebration of His lavish gift-giving by the hand of His beloved Son. — Ephesians 1:3-6 MSG

The joyous intention of God in human history is that Jesus might be the firstborn of many brothers and sisters (Romans 8:29), brothers and sisters who have been called by name by the Father and who are being transformed into the likeness of the Son of man with ever-increasing glory by the generative power of the Spirit (2 Corinthians 3:18).

We were made to participate in the life of God, in fellowship with the Father, Son, and Spirit, as dearly beloved sons.3

But there is another character in the story line of God’s beloved creation, a character whose intention is to disintegrate all that is good and beautiful and true. Satan knows that if he can dislodge a man from the place of secure sonship, he can not only stunt the restoration of the image of God in the man but also indirectly wound the heart of the Father (Zechariah 3:1-2; Revelation 12:10). Satan is cunning and calculating in his methods and brutal and savage in his intent (1 Peter 5:8). And the primary target of his assault is the sacred seat of sonship from which we were born and to which we are invited to return. We don’t have to look far in this world to see the sustained assault against the intimacy and connection intended between fathers and sons. And we don’t have to look far in our internal world to see the disintegration of sonship as well.

Years ago I came across a very revealing story recounted by Gordon Dalby. He told of a nun who worked in a men’s prison. One year she brought some Mother’s Day cards to distribute to any prisoners who were interested in sending cards to their moms. Word spread, and requests for cards began pouring in. The demand was so great that she reached out to Hallmark to see if they’d be willing to donate extra boxes of cards. That first year the warden drew numbers from a lottery to determine which inmates would receive the limited number of Mother’s Day cards. With Father’s Day quickly approaching, the nun got to work securing sufficient boxes of Father’s Day cards, and the warden announced a free giveaway to all who were interested in sending a Father’s Day card.

Not a single prisoner asked for one.

What are we to make of this story? What has happened to the God-intended bond between fathers and their children?

While the condition of fatherlessness is where most men find their souls, this wasn’t the reality in which Jesus lived.

I remember sitting with John Eldredge, several years into my faith journey, and seeing through him what would become the most compelling portrait of the Gospel I’d ever encountered. Through John’s teaching on masculinity, I saw for the first time how Jesus is the embodiment of both unfailing compassion and masculine courage. He is at once gentle of soul (Matthew 11:28-30) and as relentless as a Navy SEAL in his warrior heart (Psalm 24:7-10).

I was starting to see the emasculated Jesus I had been handed for so many years. Could it be possible that Jesus embodied all the essential qualities that make the heart of a man come alive? And could it be true that the restoration of our hearts, as men, has been made available to us? The next day I cleared my calendar, skipped school, and headed up to the snowy high country of the Colorado Rockies, armed only with my Bible. I hiked in and hunkered down on the shore of an alpine lake. There I sat, confessing to the Spirit that I needed fresh eyes, cleansed of the religious veil, so that I could see Jesus — not as I’d been taught but as He truly is in Heaven. I walked through His life as portrayed in the Gospel of Mark, from beginning to end, dropping all my presuppositions as best I could. I took the stories and the man at face value. I immersed myself in the reality of His life. And I’ve never been the same.

Jesus lived as a son. In any and every moment, He modeled for us what it looks like to live as a son. What love looks like, in human form, played out in His relational integrity and wholeness of heart. In total dependency and union with His Father. When we look at the mission of Jesus through a religious veil and see Him as simply a merciful means to eternal salvation, we miss sonship entirely.

The place of sonship was the foundation of Jesus’ life, and it both attracted His students and filled them with ache and longing.

Although these words lead us into what has become known as the Lord’s Prayer, Jesus’ teaching on the heart of prayer has been all but lost to us under the barrage of religiosity. But it begins this way: “Our Father.” If we would pause, allow our hearts to enter the scene, and become a student of Jesus alongside His other disciples, we would encounter a son inextricably united with His Father. The Scriptures are filled with glimpse after glimpse of Jesus’ union with His Abba.

Whatever the Father does the Son also does. —John 5:19

The disciples were in awe. Jesus’ life had a quality of eternity as He rested in the strength of His Father. His life flowed with ever-present anticipation and expectation of goodness now and goodness to come, knowing that He was the delight of His Father and that satisfying goodness was being prepared for Him (Isaiah 42:1).

It was this very life — this vibrant, intimate, and abundant life in and with the Father (John 7:38) — that His disciples wanted to know and experience for themselves. It was from this space that they turned to their teacher and said, “Jesus, teach us. We want what You have. We want to know this life.” Jesus consented, paused, and turned toward them, saying, “Father…”

He could have stopped there with this one word — Father — and it would have been sufficient. You see, the human soul is always searching for the Father.7 The reach for the accessible Father was the beginning and the end of Jesus’ prayer life. Better said, His whole life. Jesus revealed ultimate reality through these words:

I came from the Father and entered the world; now I am leaving the world and going back to the Father. — John 16:28

Here is the central idea. Whatever else we observe about the life of Jesus, we know this to be true: at every moment, Jesus modeled what it looks like to live as God’s Son. It was the bedrock of His life that allowed Him to become the cornerstone of restoration for all of mankind. It’s amazing to think that even Jesus needed to receive the validation of His Father before He launched into His life’s mission. I wonder what it was like for Him to hear those words from His Father: “Son, you are the real deal. You have what it takes. I delight in you” (Matthew 3:17, my paraphrase). His Father’s constant validation was a holy reservoir from which Jesus drew strength for the rest of His days.

What might it be like, deep in our masculine soul, to live in an atmosphere of abundance? To live with an abiding expectation of goodness now and goodness around the corner? To know a profound sense of robust well-being, a sense of being provided for, protected, and fed? To experience a union with God that nothing could dissolve? What would it be like to be so restored as a son that we could become our true self? To become the kind of king, like Paul, who over time was able to live energetically rooted in God, even in the midst of hunger, shipwreck, and torture?

Imagine what it would be like to receive that validation from the Father, to have that reservoir from which to drink daily. To be integrated in our masculine soul. To live in ever-increasing union with the Father.

We would become unstoppable. Pause for a moment and let that sink in. Truly.

I suggest that it is available. And I submit that this reunion with our Father is the primary work that God is up to in your life and mine.

This book my not be written for us sisters, but the same is true for female children of God! Imagine the confidence, the security, the sureness of truly and completely living life as a son or daughter of God… What would change for you? Come share with us on our blog! ~ Devotionals Daily