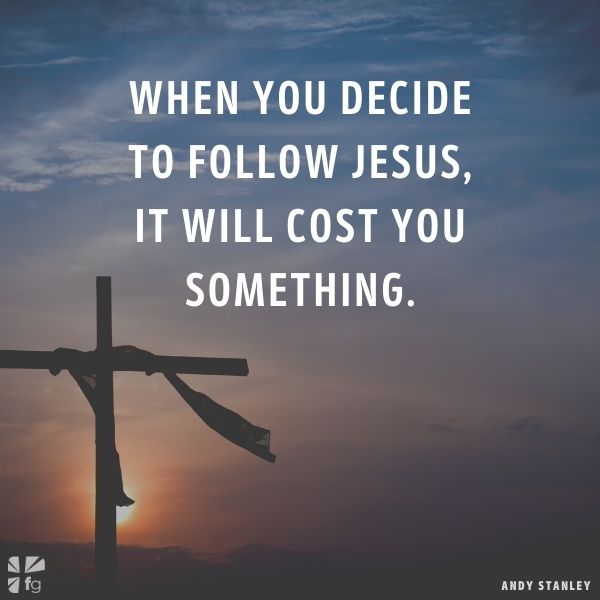 The first character we’re going to talk about in this study is Joseph Caiaphas. If you grew up in church, you probably know him as Caiaphas. He was the high priest during the time of Jesus — the most powerful, influential person in Jerusalem, Judea, and what we would consider ancient Israel. He was the connecting point between the nation of Israel and the Roman Empire. He was the person that communicated with Pilate and other leaders.

Even more important, Caiaphas was part of a family that controlled the temple for 40 years. His father-in-law and five of his brothers-in-law were high priests. They had enormous power and influence.

They were extraordinarily wealthy. There were amazing financial perks that came with being at the epicenter of the Jewish religion in the first century. Jews all over the world paid a temple tax to support the operation and upkeep of the temple in Jerusalem as well as to pay the priests and high priests.

Everywhere Jesus went, hundreds or even thousands of people followed. The crowds were enormous. This was a threat to Rome. And it was a threat to the Jewish religious establishment because crowds in first-century Judea tended to lead to division and insurrection. Crowds made Rome nervous. That put pressure on Caiaphas, because one of the things Rome expected of him was to maintain the peace by keeping his own people under control.

The other problem Jesus posed to Caiaphas was that when He spoke, He spoke with authority. People were amazed by Jesus’ authority. He behaved and spoke with extraordinary confidence. And He was critical of the religious leaders.

Because of the corruption inside the temple system, Jesus took the temple leaders to task. Matthew 23 offers a startling example of Jesus’ passionate criticism of a system that had grown to exploit the very people it was meant to serve. He goes on and on about the hypocrisy of the religious leaders, even saying:

“You snakes! You brood of vipers! How will you escape being condemned to hell?” — Matthew 23:33

But the final straw between Jesus and Caiaphas wasn’t something Jesus said. It was something He did — an act of compassion. Jesus raised Lazarus from the dead. Lazarus had been dead and buried. The people in his hometown of Bethany had been to the funeral. So, when Lazarus came back to life and was walking around again, the crowds around Jesus swelled to unprecedented sizes. John’s Gospel says:

Meanwhile a large crowd of Jews found out that Jesus was there and came, not only because of Him but also to see Lazarus, whom He had raised from the dead. — John 12:9

Caiaphas realized his strategy of trying to publicly discredit Jesus wasn’t working. He and the other religious leaders had worked hard to ask Jesus trick questions that would force Him to either betray God or threaten the Roman Empire. But Jesus always outsmarted them — not because He was evasive with His answers or was good at playing political games. Jesus rejected the assumptions at the core of the religious leaders’ questions.

When they asked Him if people should pay taxes to Rome or give that money to God, Jesus responded:

Give back to Caesar what is Caesar’s and to God what is God’s.

Jesus was saying that money played a much less significant role in God’s Kingdom than the religious leaders believed — their priorities were all wrong. But after Lazarus, Caiaphas realized that these little traps weren’t going to work.

Then the chief priests and the Pharisees called a meeting of the Sanhedrin.

“What are we accomplishing?” they asked. “Here is this Man performing many signs. If we let Him go on like this, everyone will believe in Him, and then the Romans will come and take away both our temple and our nation.”

Then one of them, named Caiaphas, who was high priest that year, spoke up, “You know nothing at all! You do not realize that it is better for you that one man die for the people than that the whole nation perish.” — John 11:47-50

The big worry of the religious leaders was that everyone would believe in Jesus. In their heart of hearts, they knew that to resist Jesus was to resist God. But following Jesus would have required them to let go of something that was important to them — something they’d built their entire lives around. The religious system rewarded and protected them. It defined them. And Jesus was bringing change. If we don’t do something, they thought, we are going to lose everything that is important to us.

When you decide to follow Jesus, it will cost you something.

In fact, as a Christian, every single time you decide to put Jesus front and center in your life, it will cost you something. This may be the reason you resisted church for so long.

Eventually, Caiaphas pegged Jesus with the charge of sedition against the Roman Empire, and he had Jesus crucified. The threat was eliminated. Caiaphas’ position in the nation was secure. And then just as the sun rose on the first day of the week after Passover, there was commotion in the streets of Jerusalem. The body of Jesus was missing. A few days after that came reports of Jesus sightings all around the area. A few weeks after that, Jesus’ closest followers came out of hiding and into the streets of Jerusalem saying, “You crucified Jesus. God raised Him from the dead. We’ve seen Him. Say you’re sorry.”

Suddenly there were crowds of people rallying around the name, reputation, and resurrection of Jesus. And it began to dawn on Caiaphas that Jesus had accomplished more by dying than He had during his lifetime.

Years later, Caiaphas lost his place of leadership. The Jewish people lost their temple when it was torn down by the future Roman emperor Titus in AD 70. Those who attempted to stand against the will of God became footnotes in the story of Jesus. Thus Caiaphas, the influential high priest, became a footnote in the story of Jesus of Nazareth.

What does that have to do with us? Everything. Because there is a little Caiaphas in each of us. There’s something inside us that wants to preserve things at all costs. We want God to either help us or get out of our way. But Easter is a warning against that impulse.

God does not compromise, and those who try to stand against Him will become footnotes.

Whatever is in the center of your life is the thing that has replaced God. It may be a position at work, a grade-point average, an unhealthy relationship, money, power, or sex. Whatever that little voice inside is desperate to preserve is standing between you and your heavenly Father. And the thought of losing that thing probably terrifies you.

But whatever you’ve replaced God with is less than God. It is already diminishing in value and significance. Think about it. Your greatest regrets are connected to attempts to preserve something or someone that isn’t even a part of your life anymore.

Don’t let something that doesn’t even matter in the long-run act as a “little-g” god in your life. The little gods always disappoint. God doesn’t. God has a plan for your life. To put anything other than him at the center of your life is self-destructive.

What are you trying to preserve that you need to surrender to God? What’s the little god in your life that is demanding more and more and providing less and less? Saying yes to God will cost you something. Saying no will cost you more, including what you replace God with.

Let us know your thoughts on Why Easter Matters. We’d love to hear from you! 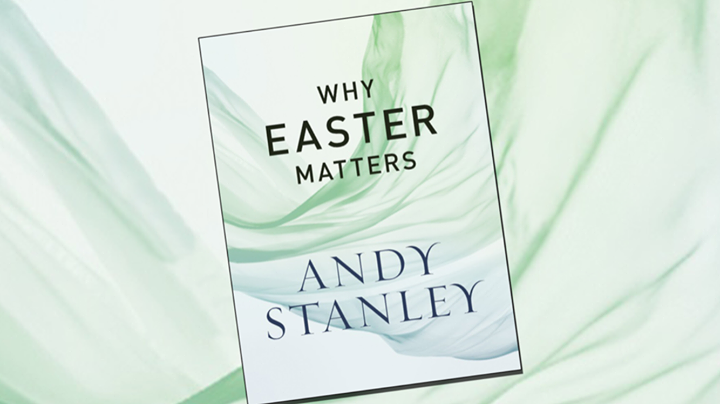