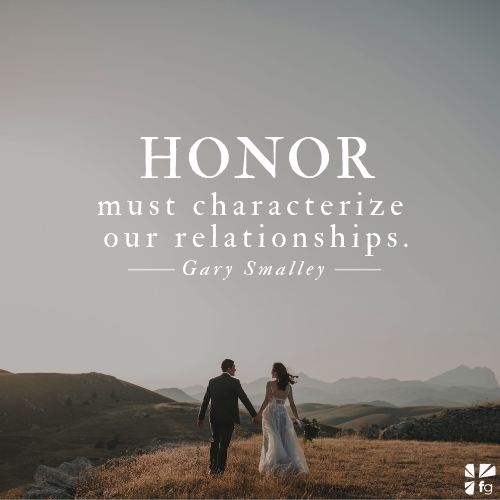 She has a Built-in Marriage Manual

Do you know the main reason why men are held back from a promotion at work? Is it a lack of technical skill? Rarely. A lack of education? Occasionally. But the primary reason men fail to be promoted is their lack of relationship skills.1

What most men don’t realize is that they have the world’s greatest instructors in relationships living right under their roofs. A wife is a gold mine of relationships skills. If a man wants to take advantage of the “missing part” of the nature that has affected every “Adam” since the beginning, all he has to do is look into the eyes of his wife — and learn to tap into her built-in marriage manual.

In talking personally with women in over sixty cities (where we’ve done our conferences these past five years), I’ve always asked for — but never found — a woman who was an exception to this rule. Namely, I have never met a woman who by her God-given nature didn’t possess a built-in relationship manual.

So here’s how a husband can tap into this rich source of relational skills to improve his own marriage — and his skills with his children and others as a result. First, a man needs to realize that his wife comes equipped with two tremendous inner strengths:

These two underlying qualities are the basis for three important questions that a man can use to pull out of a woman her built-in relationship manual.

Three simple but life-changing questions are all it takes. For the sake of argument, let’s say Bob is going to ask Julie these questions:

Julie, I realize that one way God equipped you as a helper was to complete me in the relational side of life. So let’s begin with our marriage…

Question #1: On a scale from one to ten, with zero being terrible and ten being a great marriage, where would you like our relationship to be?

Naturally, almost every woman (and man, too!) answers that they’d like to consistently be around a nine or a ten. After all, how many of us are into misery? Bob would then go on to question two:

Question #2: On a scale from one to ten, overall, where would you rate our marriage today?

In most cases, a man will rate the marriage two to three points higher than his wife will, so don’t let the initial difference in perception shock you. Remember, the average woman is much more in tune with the state of the relationship than the average man.

Be sure and give her time to think and share.

Whether you agree with your wife or not, it’s important to honor her by giving her your full attention. The goal is to understand her and to be open to what she may say.

The next question is the crucial one. In fact, in some ways it doesn’t matter what she answers to Question Two, for the most important question is this third one — the one that can flip open the pages to her natural marriage and relationship manual.

Question #3: As you look at our relationship, what are some specific things we could do over the next six weeks that would move us closer to a ten?

I have yet to find a woman who cannot paint the answer to that question in brilliant detail. However, I have met numerous men who can’t even find the paintbrush!

In some cases, your wife may be reluctant to answer this question, fearing she’ll hurt your feelings — or even worse, that you’ll hurt her feelings by your defensive response. That’s why it’s important to patiently give her the time to talk and to consistently reassure her about the security of your relationship — no matter what she says or where she rates things. If she feels secure in your love, almost without exception she’ll be able to open up with many helpful specifics on how you can more effectively steward the gift of the marriage and family God has given you.

For any of us who are serious about effectively loving those who mean the most to us, honor must characterize our relationships.

Nowhere is that more true than for the man who is serious about being a Christlike lover to his wife.

Let me state something clearly. Valuing his wife’s differences, and even tapping into her built-in marriage manual, does not transfer leadership or responsibility away from the husband and place it onto the wife. Biblically, there is no escape clause from the man being the head of the home — the man is the fact-finder when it comes to building a strong relationship. But to be the type of loving leader God intended, allowing a wife to fulfill her God-given function as a loving “completer,” is a must. It can help a man replace insensitivity with sensitivity, and lording it over others with genuine love for them. It can also help men become the observant servant leaders they were always meant to be.

By appreciating the unique and wonderful way God has created a woman, we can add a richness and joy to our marriage that virtually everyone wants, but very few have. The secret is in learning to honor a woman as someone unmatched in God’s creation, made especially by Him as a completer, to do things for a man he could never do for himself.

Happy Valentines Day! What better day to sit down with your spouse and ask the questions to build an even better marriage? Husbands, take the lead today and honor your wife as God’s gift to you! Wives, make today special for your husband and share your heart with him! What areas are you working on in your marriage to make it full of joy? Come share with us on our blog. We want to hear from you! ~ Devotionals Daily